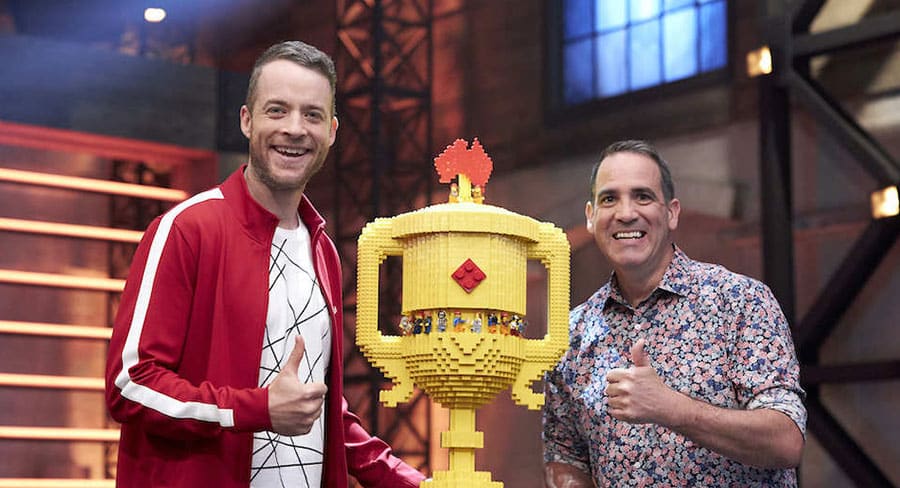 Nine: The series final of Lego Masters did big business for Nine last night and secured a Monday victory, albeit with a smaller share than it managed to build on Sunday. Alex and Jackson brandished the Lego Masters (Lego) cup at the end of the episode as they celebrated in front of the other teams and a pre-COVID studio audience. The final episode featured a big build for a big cheque. The final night audiences of 1.462m for the announcement and 1.219m indicate the show pulled a similar audience to the final of season one – 1.481m and 1.253m.
Earlier in the night A Current Affair started the week on 864,000 after a week 20 average of 726,000.
The US drama Emergence did 310,000.
Footy Classified did 64,000 in AFL markets as the season recommence gets closer with 49,000 in Melbourne.

10: A team challenge took over MasterChef with the losers destined for a Pressure Test elimination cook tonight. Reece forced coerced Reynold onto his team and although the great chef didn’t deliver for once last night, his miss was not bad enough to cost them the victory. The Monday episode was on 896,000 after 870,000 a week ago.
Have You Been Paying Attention? followed with the contestants doing great work during the day to plug the episode. Three of the competitors had their own shows to remind viewers to tune in – Ed, Sam and Amanda Keller – while we heard both Kitty Flanagan and Glenn Robbins doing a sell on various stations across the day. The episode did a very healthy 881,000 after 866,000 last week.
Earlier in the night The Project 7pm was on 669,000 after a week 20 average of 614,000. The episode ended with Hayden recalling his MasterChef highlights.

SBS: Secrets of the Royal Family attracted the channel’s biggest crowd with 221,000 after 7.30pm. 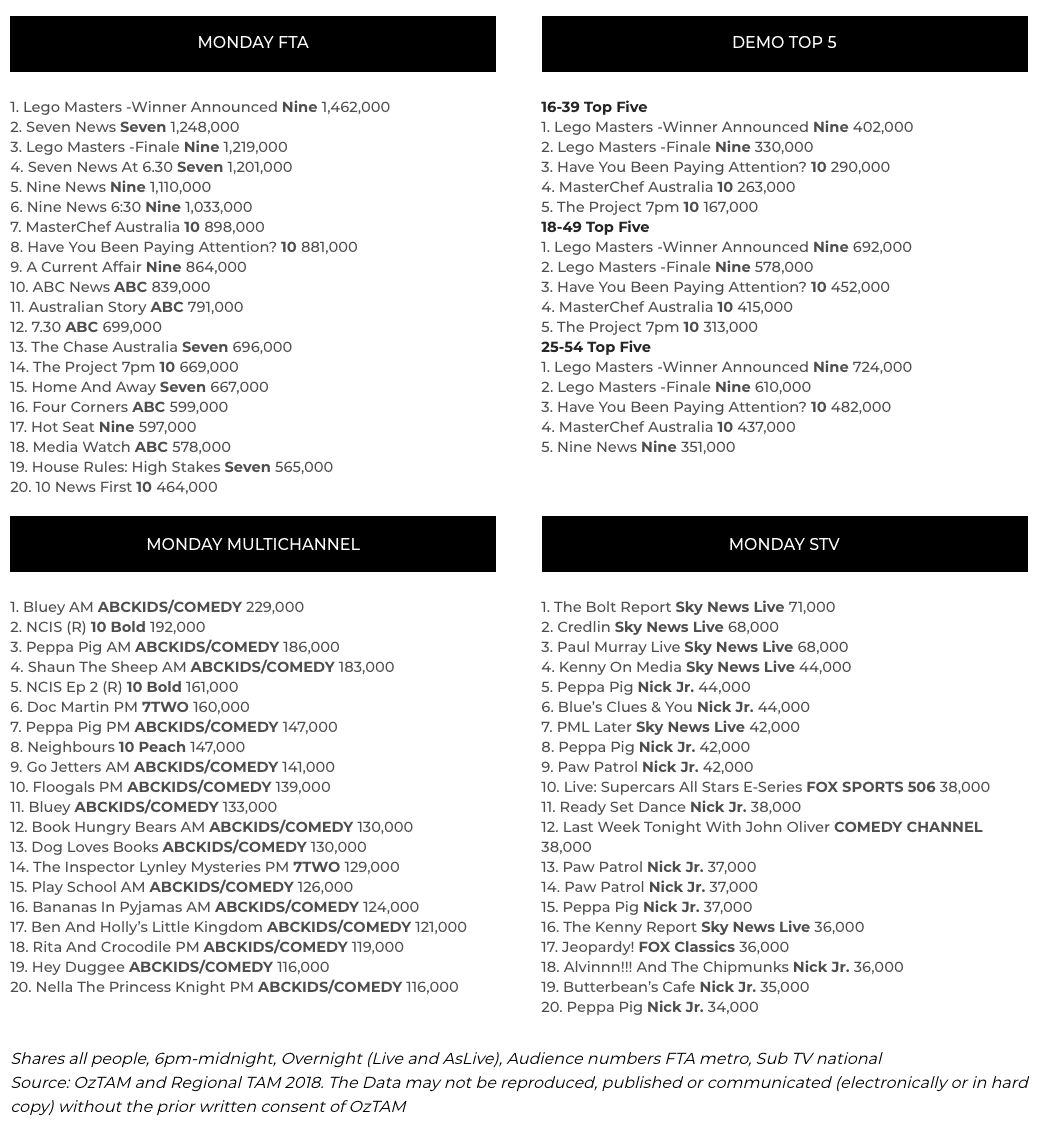