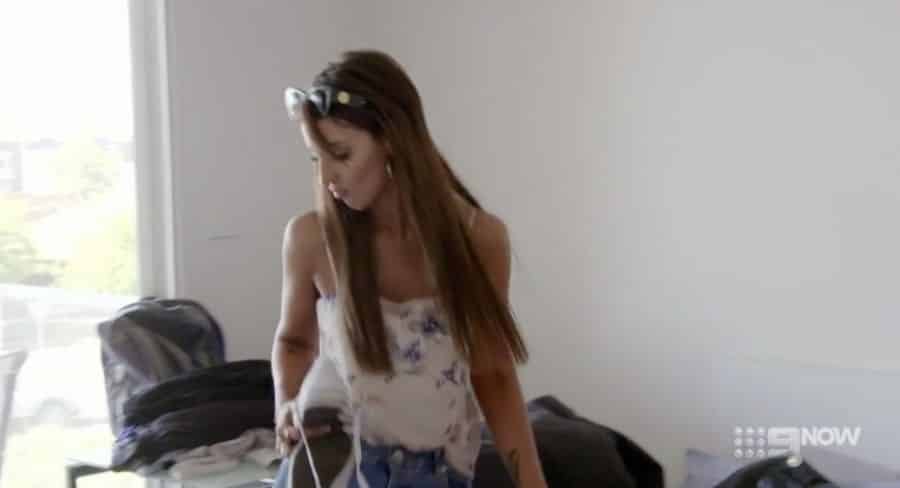 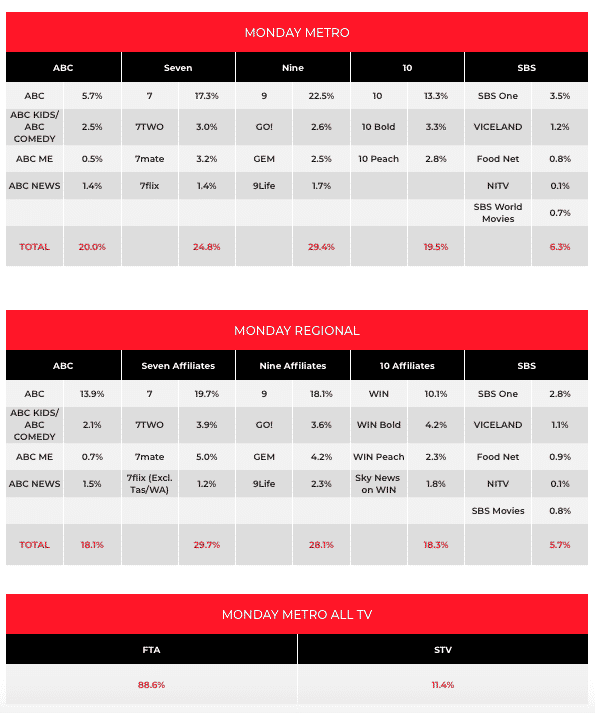 Homestays time on MAFS with the grooms taking their wives to inspect their residences. With no major sporting event up against it the Monday episode pushed back above 1m to 1.030m. The series continues to hold the top 16 spots on OzTAM’s VPM report with three of those episodes now over 400,000.

Earlier in the night A Current Affair Monday featured two things most people hate – a public transport cougher and bad neighbours. The episode did 805,000, another season high breaking the record set last week, after an average of 696,000 last week.

House Colin was doing its best in a fine dining takeover with some mixed results on My Kitchen Rules: The Rivals. Monday was on 483,000 after 451,000 a week ago.

Night 33 of life on Australian Survivor: All Stars and episode 16 threw up a number of surprises. The episode started with a mud basketball battle for a BBQ reward. Lee had terrible news from home about his mum having a stroke and the whole camp was in shock. There were tears and a round of applause as he departed the series to return home. The mood was sombre at the immunity challenge, but the game continued. At Tribal Council Jonathan dropped a bombshell: “Tonight things are going to be a little different. The three people with the most votes are going to Exile Beach.” Those three going were Brooke, AK and Moana– the latter not looking very happy about it. Monday delivered the biggest audience of the season – 701,000 after 611,000 a week ago.

The Project 7pm did a healthier 518,000 after an average of 403,000 last week. Spice Girl Melanie C and comedian Stephen K Amos were among the guests.

Peter Helliar and Em Rusciano were among the guests on Hughesy, We Have a Problem with 351,000 watching after 335,000 a week ago.

The ABC’s Monday featured Chinese journalist Vicky Xu in Australia on Australian Story with 662,000 watching after 600,000 a week ago.

Four Corners featured an investigation from the BBC’s Panorama into Prince Andrew and Jeffrey Epstein. The audience was 645,000 after 482,000 last week.

Media Watch started with looking at how the media whipped up some of the hysteria associated with coronavirus-linked panic buying. Attention then turned to the demise of AAP. The episode did 644,000. 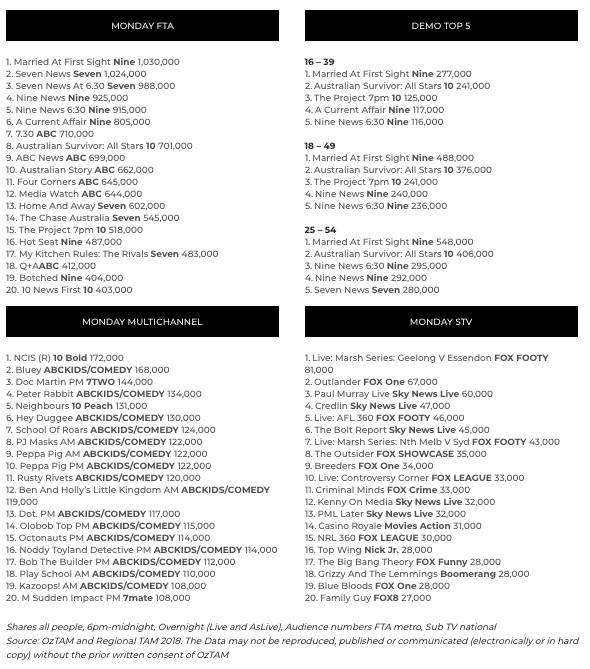