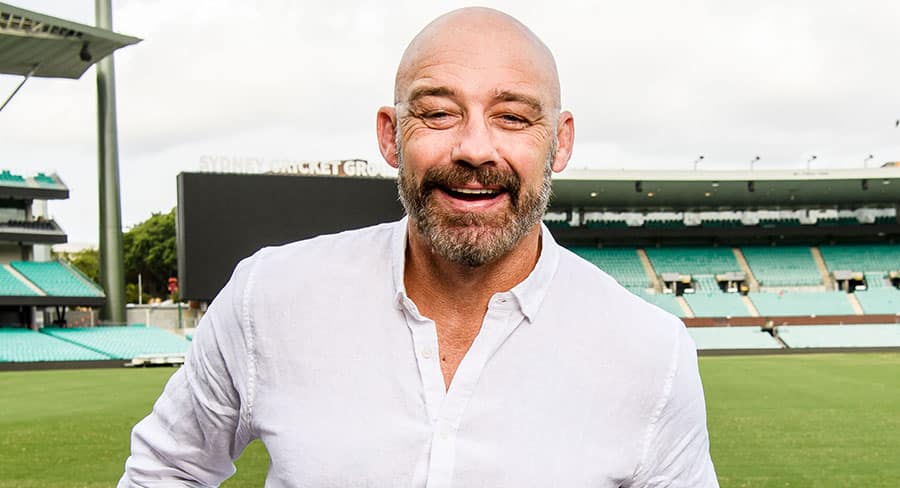 “The reason rugby league is so delectable is you don’t know what is going to happen each week.”

Mark Geyer is about to head into his third year of hosting the Rush Hour with MG, a role he has had held since he stepped down from The Grill Team in late 2017.

With his nightly sports show making up a major part of Triple M’s sports coverage Mediaweek caught up with Geyer ahead of the new NRL season to talk about rugby league, The Rush Hour and working on TV.

Geyer says that in the new NRL season he expects the Parramatta Eels, his beloved Penrith Panthers and the North Queensland Cowboys to do well but says that the beauty of the game is he could be wrong on all accounts.

“Rugby League is our bread and butter; I love my cricket, but this summer was underwhelming with Pakistan and New Zealand not really offering up any opposition. The reason rugby league is so delectable is you don’t know what is going to happen each week.”

At 52 Geyer admits he is still learning every day, especially after the big career adjustment caused by moving from a breakfast radio team to having his own nightly program.

“At first I was really nervous and apprehensive, being a part of a four-wheel team was a lot easier on The Grill Team, but now I have a fantastic host in Liam Flanagan who has been around a long time, so having him as the anchor is fantastic.”

“I love having a show where I can have total autonomy on content with my team of producers and the message is to just have fun and don’t be monotonous.”

With over 10 years at Triple M Geyer has become a mainstay of their radio line up, and he says that is due to the fact that radio suites him so well.

“I found my medium with radio, because you can hear someone’s passion through a radio, with TV it’s a lot harder to exude passion without looking a bit silly. You have to be really structured with TV and there is an old saying hurry up and wait.”

This hasn’t stopped Geyer from experimenting with TV including stints with Channel Nine, and Fox Sports, but he admits that he wasn’t comfortable on TV.

“I get nervous when I do TV, with radio I don’t I just dive in and think I am talking to myself without realising there are thousands of cars on the drive home listening to me.”

Geyer says people didn’t necessarily take him seriously when he said that he wanted to go into media post-retirement, but he had a simple approach to just say yes.

“Everyone I spoke to about retirement asked me what I wanted to do and I said I wanted to do media and they said everyone wants to do that. But when I retired, I didn’t say no to anyone, so I was doing C91.3 in Campbelltown with Rob Duckworth and Malcolm Lees and did some calling for ABC, I have worked for every station in Sydney.”

With that strategy of not saying no Geyer has returned to TV with Channel Seven being a contributor on Monday nights, although he says that there is one thing that helps his nerves.

“I would rather do live TV, like radio you are in the moment like a footy game you can’t push pause and say can I do that again?”

Geyer is enjoying the lifestyle change of swapping breakfast radio for the 6 pm slot, after opening a new gym one kilometre from his house. He says that it is a frantic lifestyle but he has wanted to do it for a long time, although he now finds himself working the same hours as breakfast radio.

“I thought about doing this 10 years ago and the fact that I was doing breakfast radio eliminated that option, but now I am doing it with my son and he is a lot of help and its fantastic.”