• Bark off: Audience checks out of Pooch Perfect episode 2 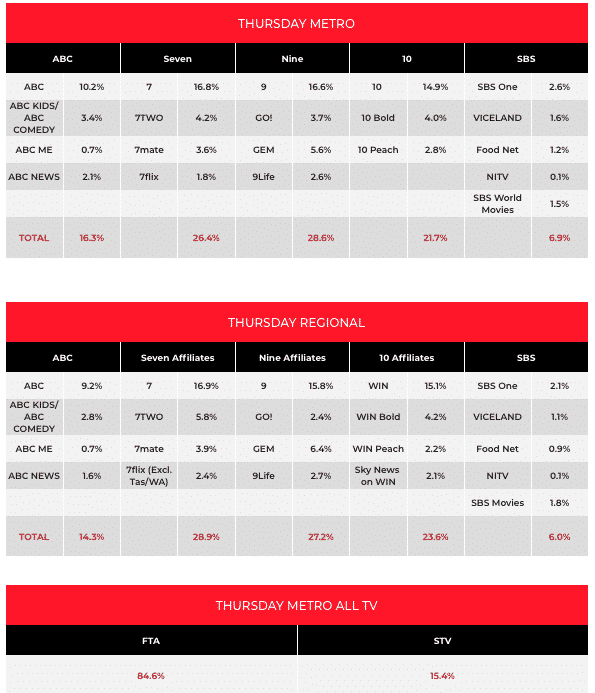 Rebel Wilson was again key for the second successive week for Seven’s Thursday win. It was a close thing though. A winning share of 16.8% could be one of the lowest winning primary shares of the year. After a launch audience of 624,000, Pooch Perfect episode two was down nearly 30% to 441,000.

Nine’s last Thursday without NRL until September and A Current Affair performed best after the News with 640,000 watching further coronavirus updates at 7pm.

RBT got its final workout at 7.30pm Thursday for some time with 437,000 watching across the hour.

The Australia v South Africa semi-final of the Women’s T20 World Cup was on Gem. On a wet Sydney night where play seemed very unlikely, Australia won a rain interrupted game, qualifying for Sunday’s final the hard way. The Gem cricket audience was 193,000.

10’s The Project featured Rove McManus on the desk and featured a coal miner turned climate change activist. The episode did 393,000.

Gogglebox was the channel’s best with 645,000 after the new series launched with 685,000 last week. It was #1 non-news show Thursday and cleaned up in all key demos in its timeslot.

The channel’s biggest audience after News and 7.30was Sammy J with his 6.55pm appearance where 297,000 were watching.

The season final of Doctor Who did 210,000 to free up the timeslot for the return of The Heights next week.

The final of Would I Lie To You? repeats then did 212,000 before Grand Designs Australia moves into the slot. 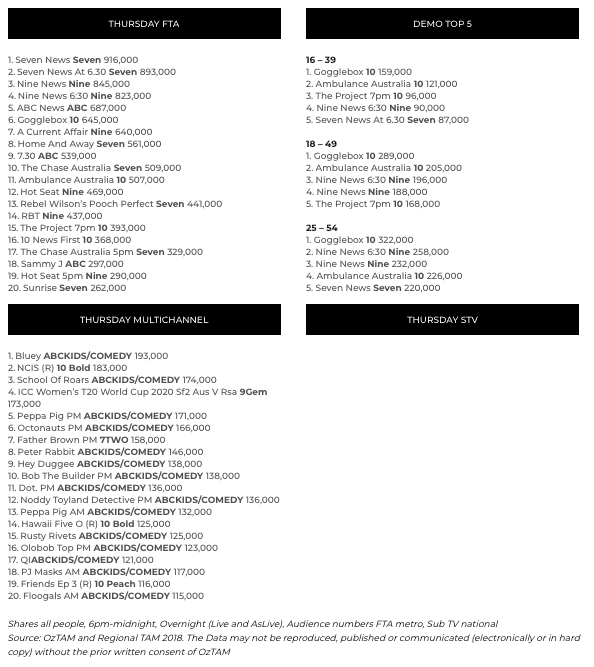