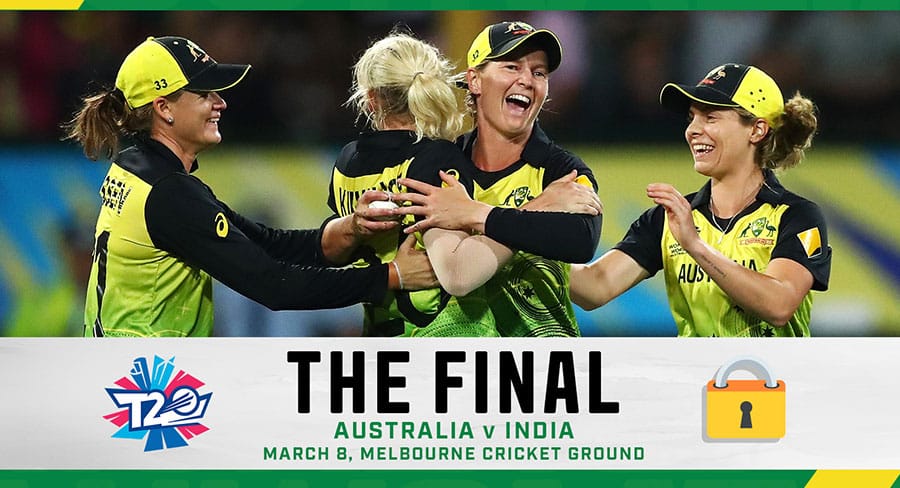 The Australian Women’s cricket team will get the chance to defend its title from their own backyard, the Melbourne Cricket Ground, when the ICC Women’s T20 World Cup Final is live with during play this Sunday, March 8 from 5.00 pm on Fox Cricket & Kayo and at 5:30 pm 9Gem and 9Now.

The Final for this year’s tournament appropriately falls on International Women’s Day, where an attempt will be underway at the iconic MCG to break the record for the highest attendance at a women’s sporting event – an endeavour made all the more possible with International megastar Katy Perry providing the entertainment.

Having lost to India in the opening match of the tournament, Australia will have quite the challenge to retain the World Cup. Australia will field a team featuring captain Meg Lanning with Alyssa Healy, Beth Mooney, Megan Schutt, Jess Jonassen, Sophie Molineux and Delissa Kimmince who is filling in for superstar Elysse Perry.

Fox Sports Head of Television, Steve Crawley, said: “It would be un-Australian not to watch this match. Just the other day I was on a plane with the Australia team and the whole cabin burst into applause. They’ve captured the imagination of a nation and we should all stand and cheer.”

Sevens coverage of the final will be hosted by James Bracey, with analysis from former Australian star Julia Price, and former captain Mark Taylor.

Katy Perry’s pre-game performance will be live on Fox Cricket & Kayo from 5.00pm.

Fox Cricket’s broadcast of the ICC T20 World Cup final and pre-game will also be simulcast on FOXW (Channel 507), a special pop up channel which has been running all week to celebrate International Women’s Day and put a spotlight on women’s sport.