• Survivor final four: Tarzan no longer king of the jungle 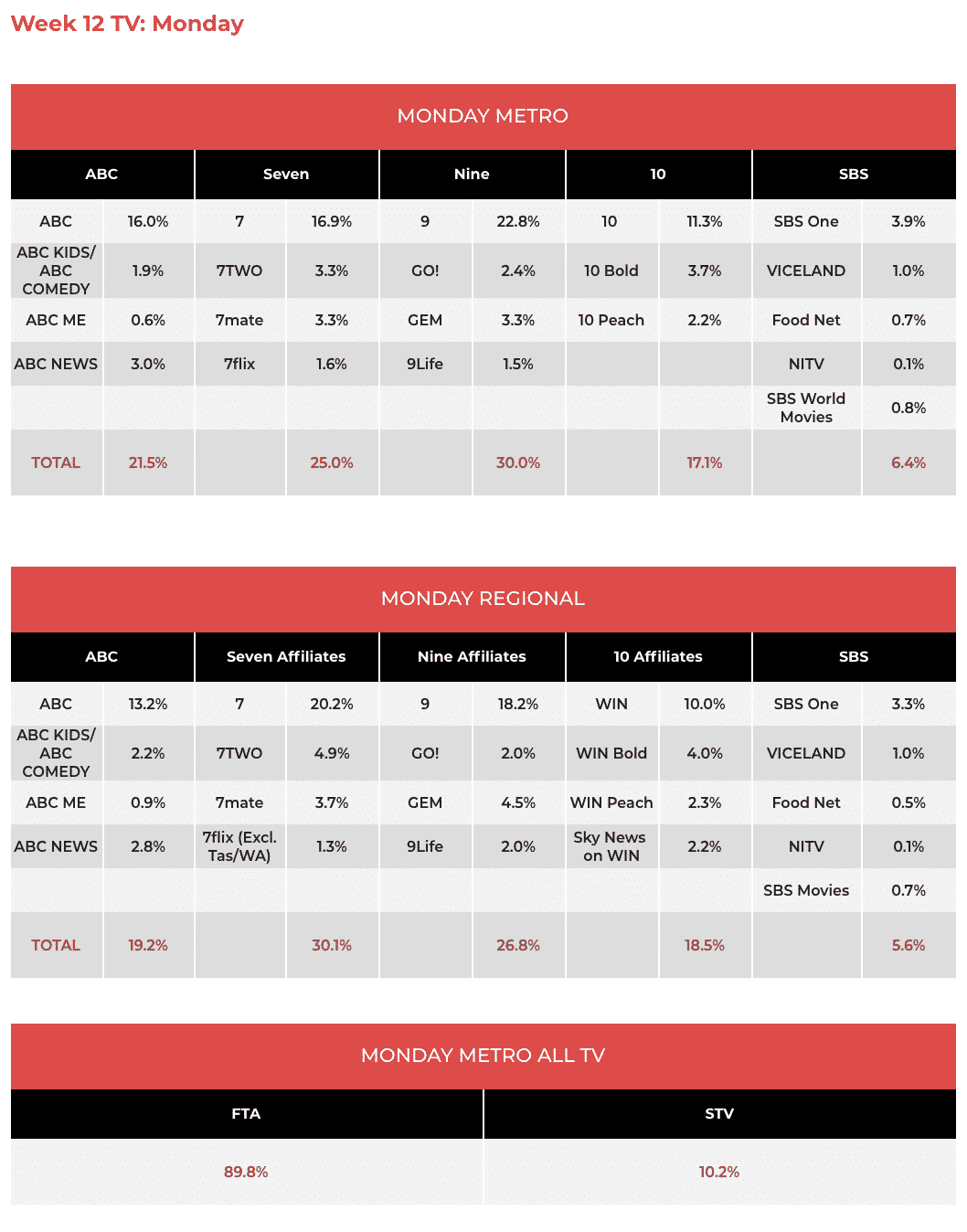 The thirst for news continues to push news audiences higher. After record Sunday viewing numbers, the audiences watching on Monday were also much higher than recent averages.

Nine won the night as it has done since mid-January with its mix of Married At First Sight plus big audiences for News early and late and A Current Affair.

Seven went into primetime news mode with news at 6pm, 7pm and then again after the penultimate night of MKR. The home cooks went into battle around 8pm with 508,000 watching.

10 had bumper crowds to for its two and a half hours of news and current affairs from 5pm until 7.30pm. The final four was decided on day 46 of Survivor with Brooke winning her fourth immunity. “The loyal four no more” she said as her passage to the top four meant David’s alliance had to lose one of its members and Tarzan was the person sacrificed as he became the 20th person voted out. The episode did 736,000.

ABC News and 7.30 were both over 900,000 after averages over 800,000 for each last week. Q&A managed to outrate Four Corners which has possibly never happened before as Hamish Macdonald hosted an hour of COVID-19 questions with Dr Norman Swan applauded by the viewers the same day that The Australian’s Chris Kenny asked if he deserved media plaudits. Swan certainly seemed better at providing answers than the show’s other guests – Professor Sharon Lewin and Professor Paul Kelly. Although as Kenny pointed out, Swan doesn’t carry a burden of responsibility as Kelly and perhaps also Lewin do. 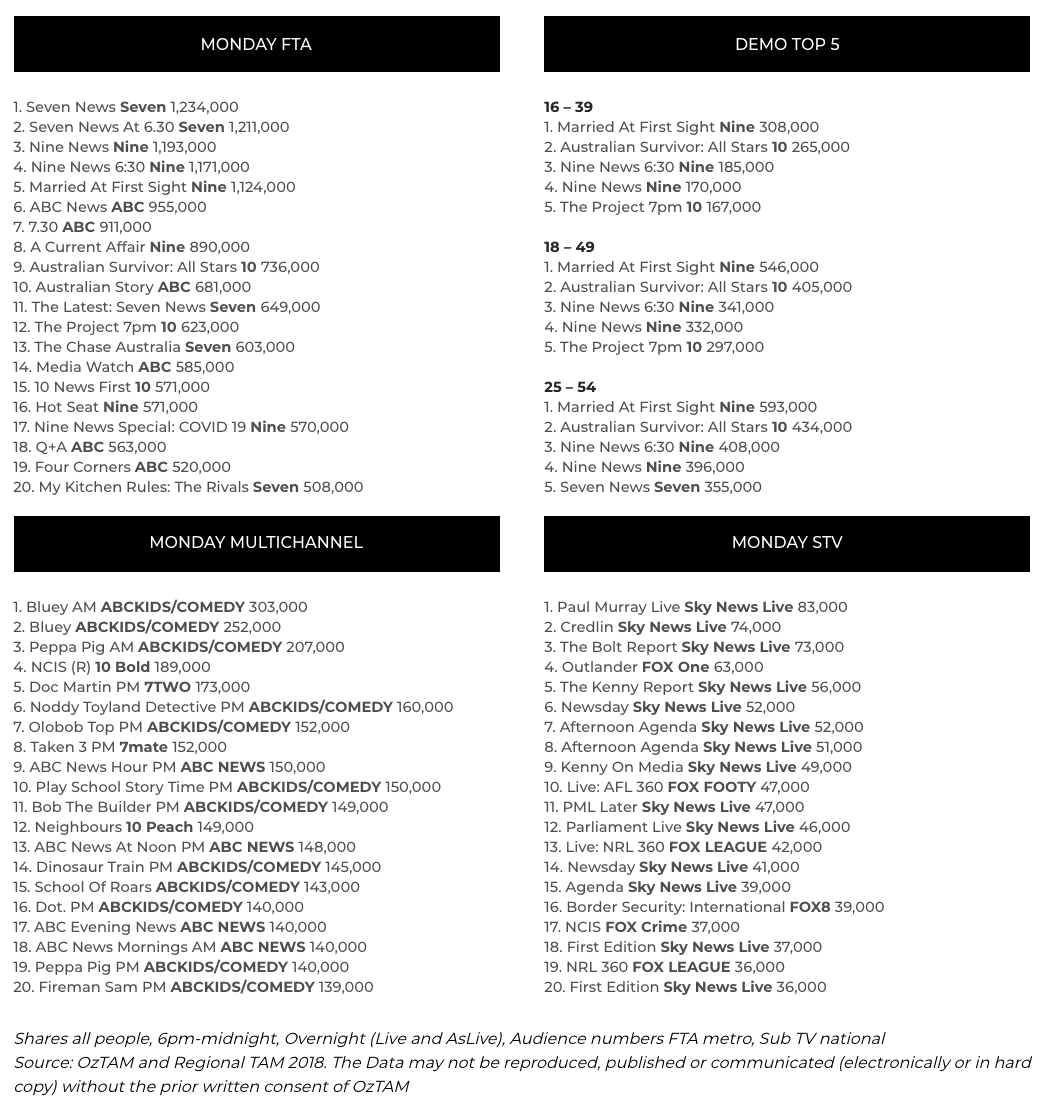