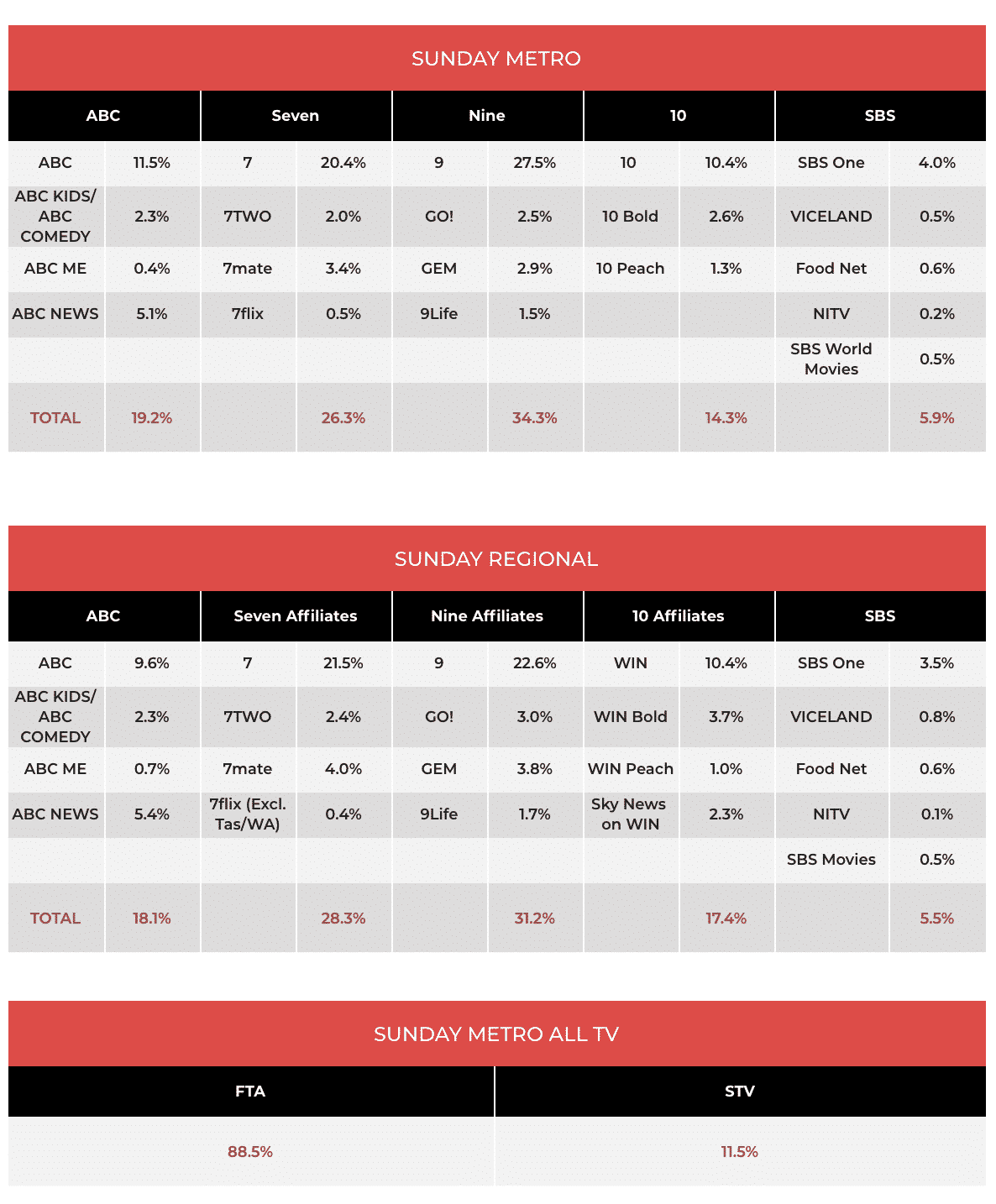 Audiences for news bulletins, early and late, surged and current affairs programs too set new records as viewers flocked to mainstream media last night for the latest developments against the fight against the encroachment of coronavirus.

The preliminary OzTAM numbers we refer today haven’t been adjusted for the broadcasting of the Prime Minister’s press conference which all networks interrupted programming for at 9pm.

Nine was the go-to destination for most with its mix of news and reality. It’s 6pm news hit a high of 1.267m followed by Married at First Sight on 1.154m. The news audience was the channel’s biggest in over two years – since December 2017. 60 Minutes was interrupted by the PM’s press conference, but it had an audience of 1.136m according to the data released so far. That is the show’s best in almost five years.

Seven’s 6pm news had the biggest audience of the night with 1.384m. A special edition of The Latest on the coronavirus followed immediately at 7pm with 1.023m. On an MKR-free night an episode of Border Security on 767,000 was followed by The Good Doctor on 539,000 with the press conference somewhere in the middle.

10’s Dancing with the Stars ran late with press conference coverage toward the end. The episode did just under 500,000. Earlier in the night The Sunday Project 7pm was on 457,000. 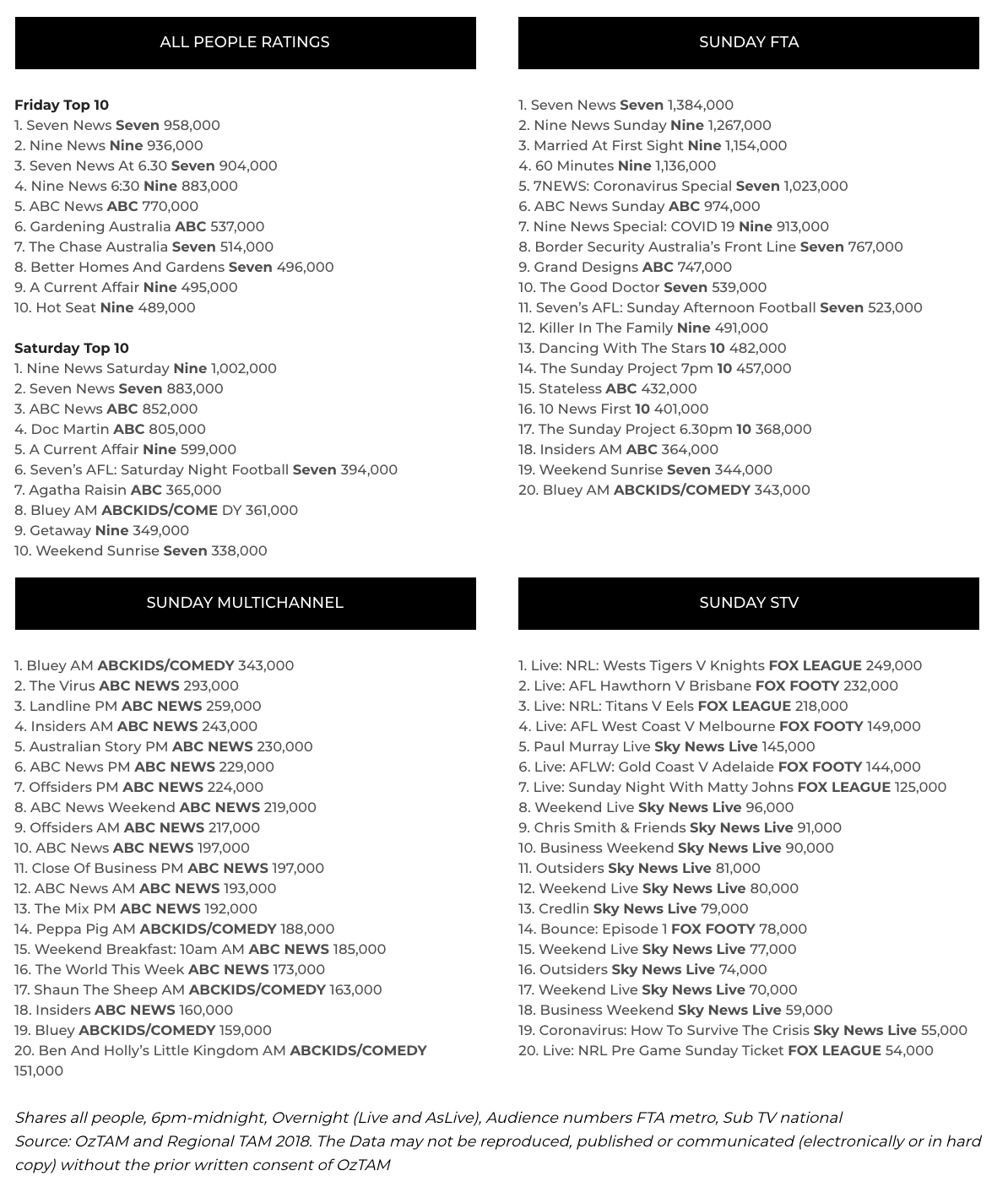