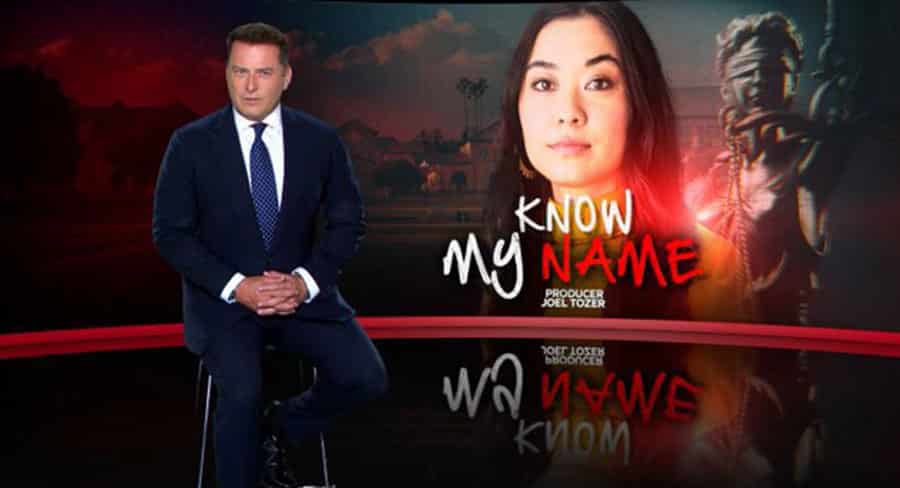 • Best of the rest: 60 Minutes, Grand Designs and Stateless debut 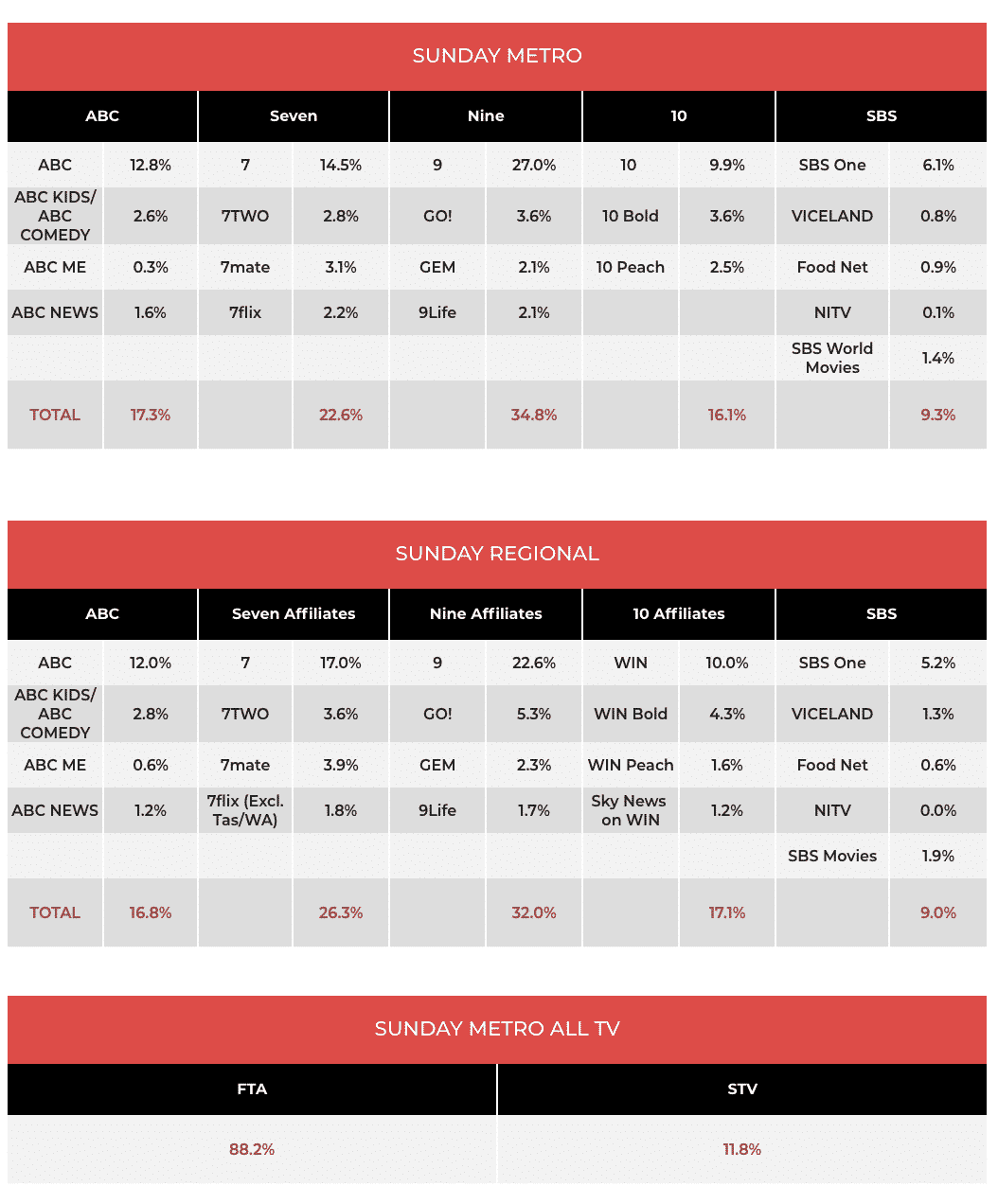 Nine viewers saw Haley and David depart Married At First Sight last night as the experts intervened to rid the program of the stink surrounding the poo scandal. The episode had an audience of 1.184m, slightly below last week’s season best of 1.205m. 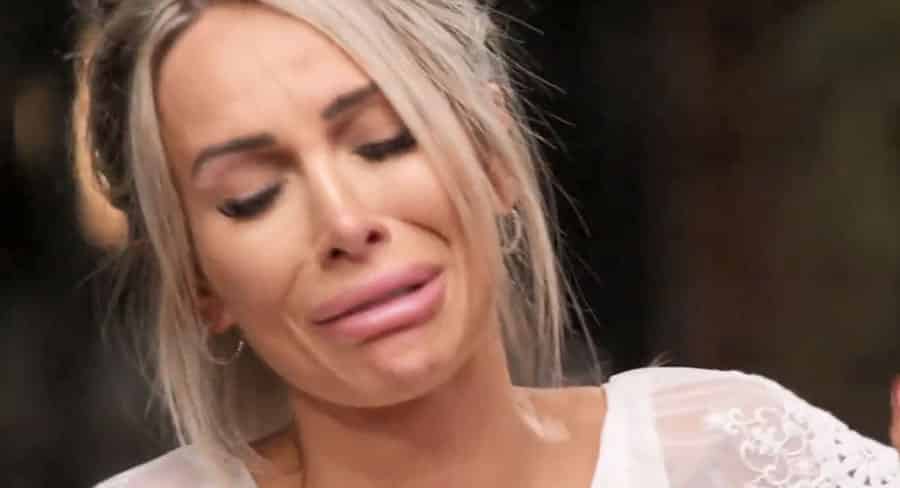 Later in the night 60 Minutes saw Sarah Abo reporting on the controversial Tamborine Mountain High School principal while Karl Stefanovic investigated a case of sexual misconduct and violence against Chanel Miller by a champion athlete. The episode did 902,000 which is its best this year.

The Sunday Project did 362,000 for 10, with guests including NSW politician Andrew Constance and 10 dancer Claudia Karvan.

Dancing with the Stars featured Latin Week with Beau Ryan and dance partner Megan Wragg saying adios to their dancing dreams, leaving seven couples remaining in the competition. The start of the episode averaged 417,000, then 410,000 saw the elimination.

On My Kitchen Rules: The Rivals it was the third elimination cook off in the series with 482,000 watching, the first Sunday audience in three weeks. The best the series did last week was 489,000 on Monday.

ABC’s FTA screening of the UK home building series Grand Designs continues to do solid numbers on Sunday nights after the ABC News. The News was on 708,000 last night which then became 518,000 for Grand Designs. The London home build last night ranked second in the slot behind MAFS.

After 8.30pm the premiere of Stateless did 441,000 which secured it a spot in the top 10 and it ranked second in the timeslot behind 60 Minutes. Producer Tony Ayres and Matchbox Pictures assembled an incredible cast – expect it to do well also on ABC iview and then later in the year globally on Netflix.

Michael Palin in North Korea managed to rank top 20 for SBS with 257,000 watching. 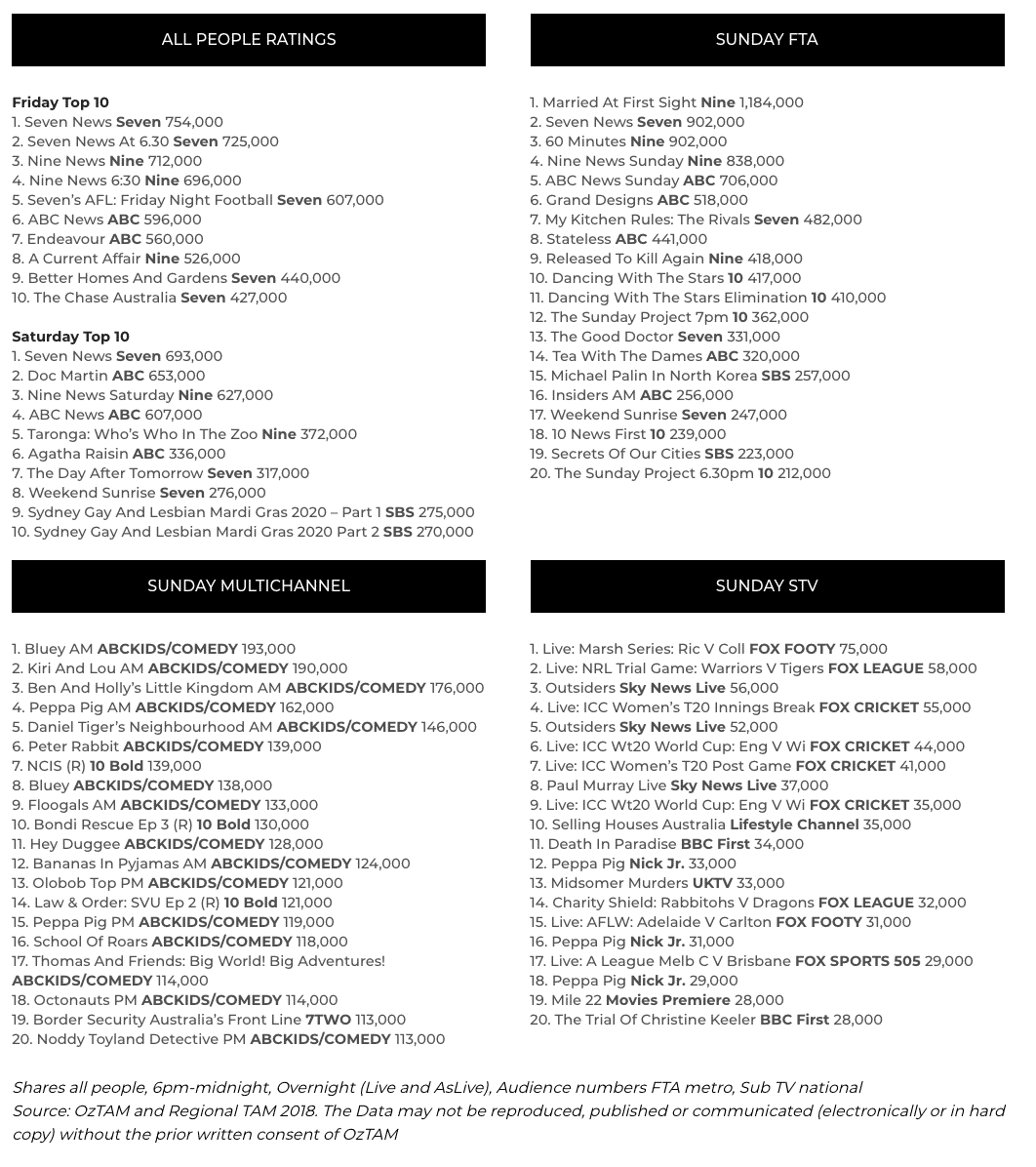