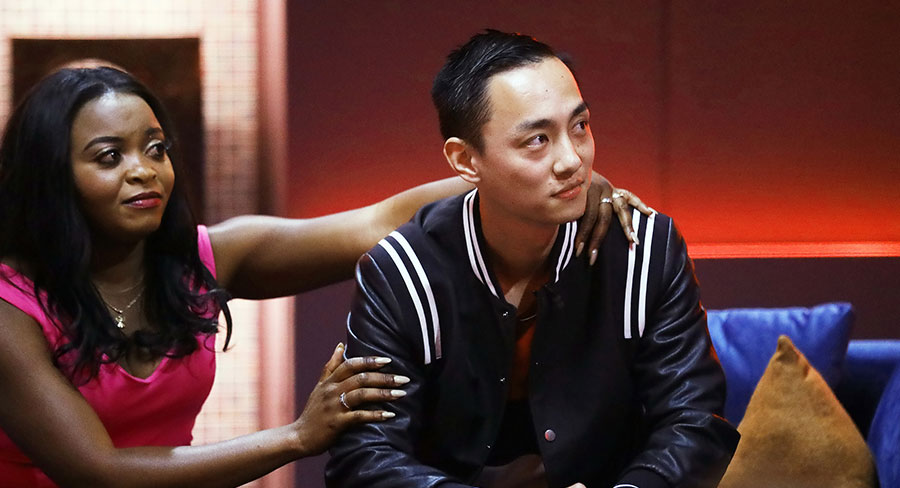 • MasterChef cleans up all people and demos as curry cooks Sarah Seven: Big Brother has backed up well for its second episode on Seven after the format was out of the marketplace for several years. Seven ranked #1 network and channel all people and in key demos in every metro market. For the Big Brother timeslot (it ran later than MasterChef) Seven is also reporting all people and demo leadership.
The program has supercharged Seven’s timeslot by +55% week-on-week. The VPM audience is up significantly too with ep 1 now with a VPM of 126,000 while ep 2 so far has 38,000.
The series saw four new housemates sneak in at 1am and they crept through the house to find their beds. They managed the complete the task which gave all housemates a reward of a Sunday roast. A nomination challenge took place in the backyard which was transformed into a winter wonderland. Garth was the winner and got to nominate three for eviction. Allan received 12 votes and became the second out this season.

Nine: A Current Affair held above 800,000 with the Tuesday episode on 807,000 after starting its week on 818,000.
The programming move that might have helped both MasterChef and Big Brother this week is Nine’s decision to schedule Kath & Kim repeats at 7.30pm. The classic comedy still has a lot of fans, but not too many that are ready to watch at 7.30pm. Nine got a sample of what a primetime repeat would do on a weeknight recently with Hamish and Andy’s Perfect Holiday repeated last month with under 400,000 watching. The launch of Kath & Kim has started a little better with 389,000 watching the first episode. A second episode at 8pm dropped to 307,000.
The 2000 movie from Working Dog, The Dish, followed with 287,000.

10: MasterChef bid farewell to its first top 10 contender Sarah last night. A pressure test challenge asked four to try and create a jungle curry from Chin Chin’s Benjamin Cooper. The catch was they didn’t get the recipe! The episode pushed MasterChef just over 1m after it made that mark once last week once and got close on two other nights. The show ranked #1 all people and in key demos for the night.
How To Stay Married climbed to 407,000 after 353,000 a week ago.

ABC: Foreign Correspondent did 413,000, down from 497,000 a week ago.
The first of the three-part Australia’s Ocean Odyssey was narrated by Marta Dusseldorp and made by Nick Robinson’s Wild Pacific Media and launched with 402,000.
Road to Now then followed at 9.30pm with 222,000.

SBS: The channel had one of its best weeknights of the year with share over 6% thanks to back-to-back Australian factual programs.
At 7.30pm Lisa Curry travelled to Northern Ireland on Who Do You Think You Are? with 334,000 watching.
The launch of Filthy Rich and Homeless from Blackfella Films followed with 286,000 watching Dr Andrew Rochford and his co-stars giving up their lifestyle to spend 10 days of being homeless. The change had an immediate impact on all taking part as they faced a first night on the street in driving rain. 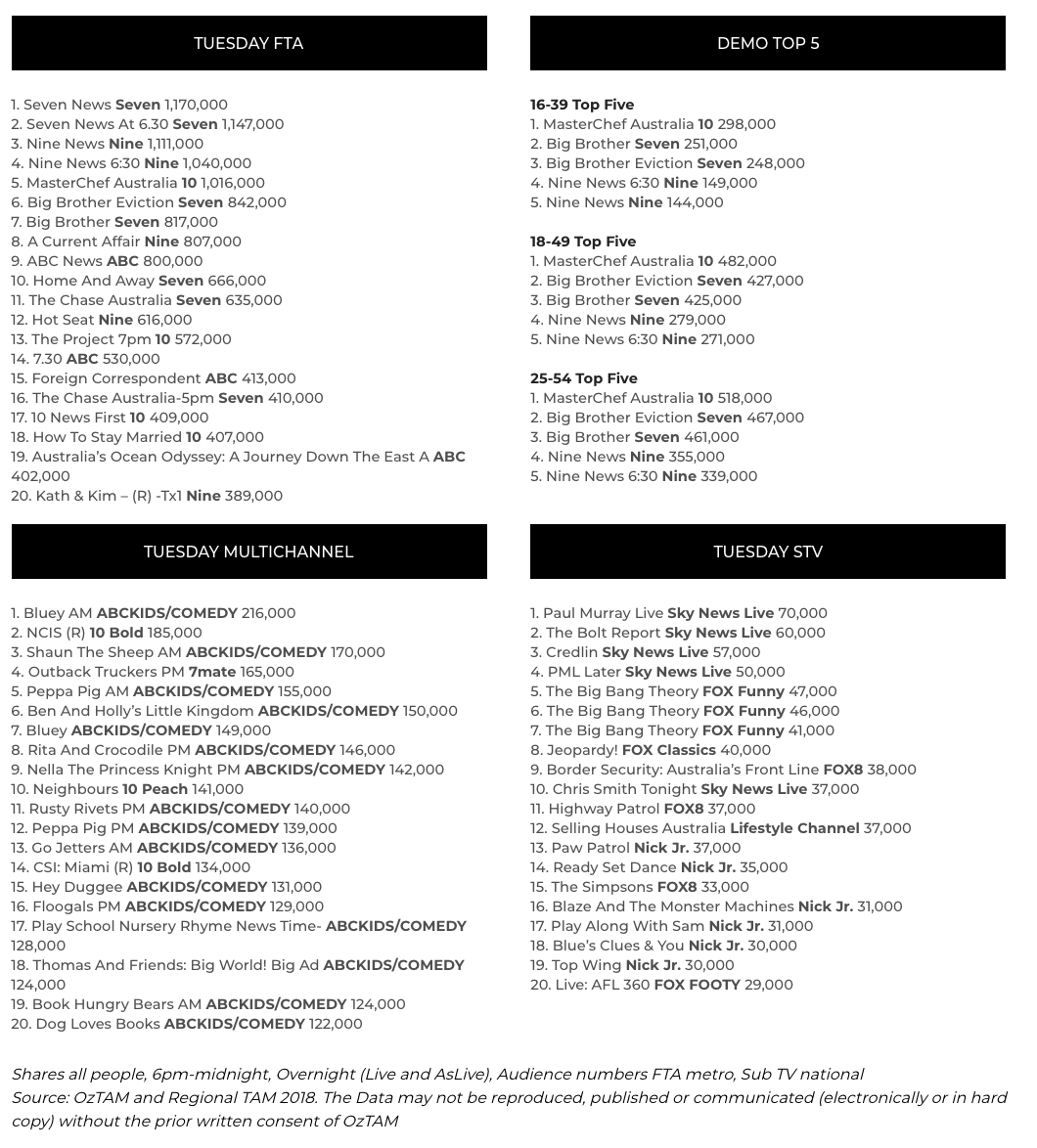