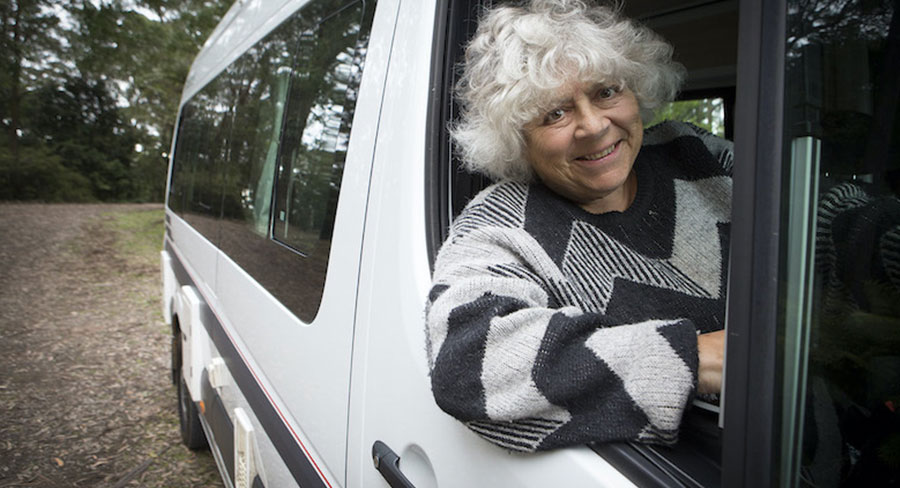 Produced by Southern Pictures, the series follows the celebrated film and television personality Miriam Margolyes on a two-month, 10,000 kilometre road trip as she digs deep under the skin of modern Australian life to reveal the complex reality of her recently adopted homeland. On this journey of a lifetime British born Margolyes explores the Australian dream, mateship and the idea of ‘the lucky country’.

ABC Commercial’s head of content sales & distribution Jessica Ellis said “Miriam brings such disarming candor and perception to this incredibly entertaining series. If anyone can get to the heart of the nation and bring together audiences of all ages it’s Miriam with her incredibly smart, inquisitive, naughty and honest personality.” Ellis added, “We’re thrilled to be working with the BBC to bring this wonderful series to UK audiences.”

Southern Pictures executive producer Laurie Critchley said: “Miriam is able to shine a light on things that other people miss. While she can have a kind of bull-in-a-china-shop energy, it’s always coupled with her incredible powers of empathy, insight, humour and an open mind. Miriam is upfront about being a new Australian with a lot to learn — and we were amazed how she connected with everyone she met. I’m extremely proud that our series will be part of the BBC’s line-up for 2020. Miriam and Australia are an irresistible combination.”