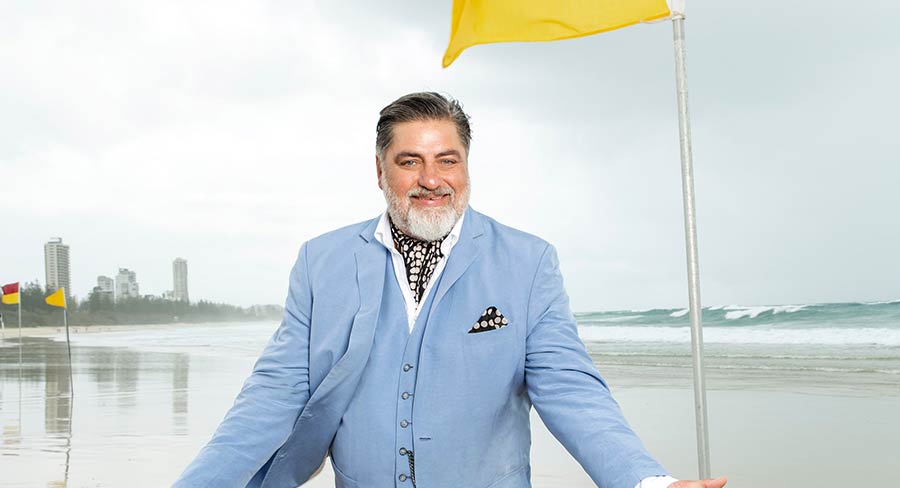 • Legendary Neale Daniher in memorable ep of The Front Bar 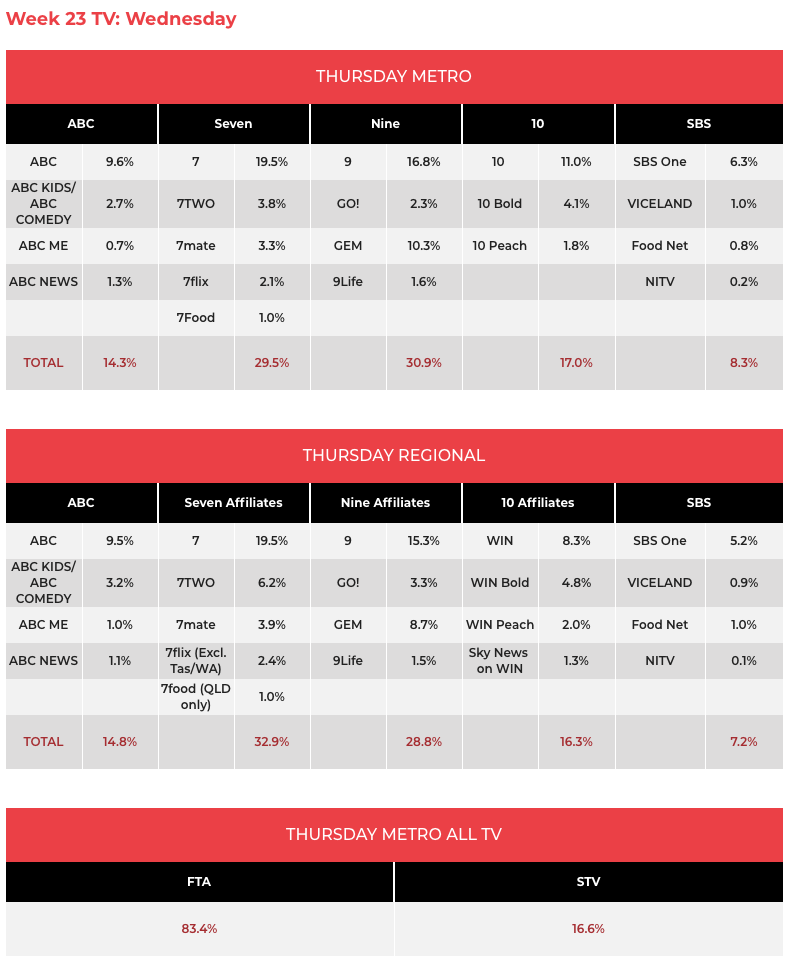 Home And Away ended its week on 597,000, down on its stronger figures earlier in the week.

The Front Bar was key to Seven’s primary channel win. It’s all about Melbourne and AFL markets or watching live on 7Plus in states that don’t get it early. Sydney got it well after midnight last night. The metro audience was 440,000 with 263,000 in Melbourne. Two brilliant guests on the show last night – the legendary Neale Daniher as he continues his fight against MND with Big Freeze 5 on Monday plus a former coaching colleague of his Chris Fagan.

A Current Affair returned after a night off with 727,000.

Nine’s network share won the night thanks to 9Gem on 10.3% as 356,000 watched Australia at Trent Bridge as they piled on the runs against West Indies after a disastrous start.

Western Australia’s Joe Ahern was the eleventh person eliminated from MasterChef, which means we are almost at the halfway mark of the series. The episode did 564,000 after 633,000 last week. The show has been up against rugby league and cricket on successive nights. 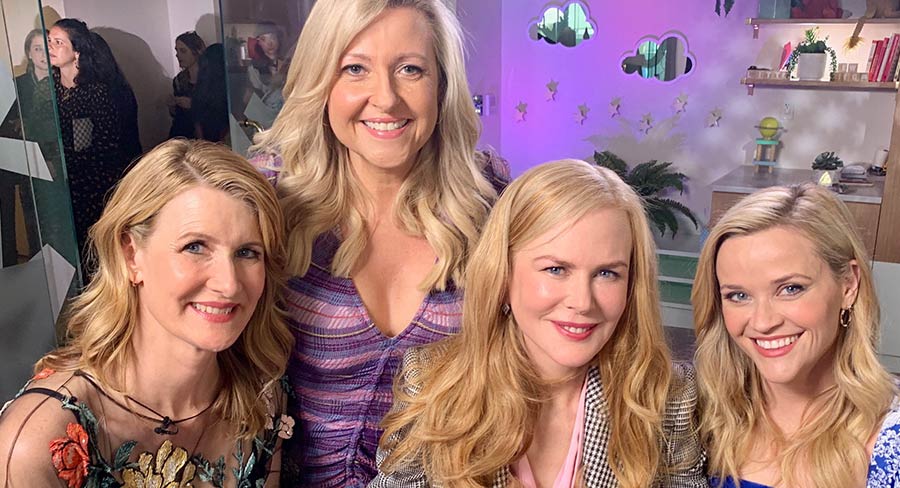 The Project did 458,000 after 7pm as Angela Bishop had her exclusive with Nicole Kidman plus Laura Dern and Reese Witherspoon from Big Little Lies.

A Sydney family wanting to relocate to Launceston featured on Escape From The City with 408,000.

The return of The Handmaid’s Tale did 262,000 at SBS with a double episode debut.

Earlier in the night Walking Britain’s Lost Railways did 195,000. 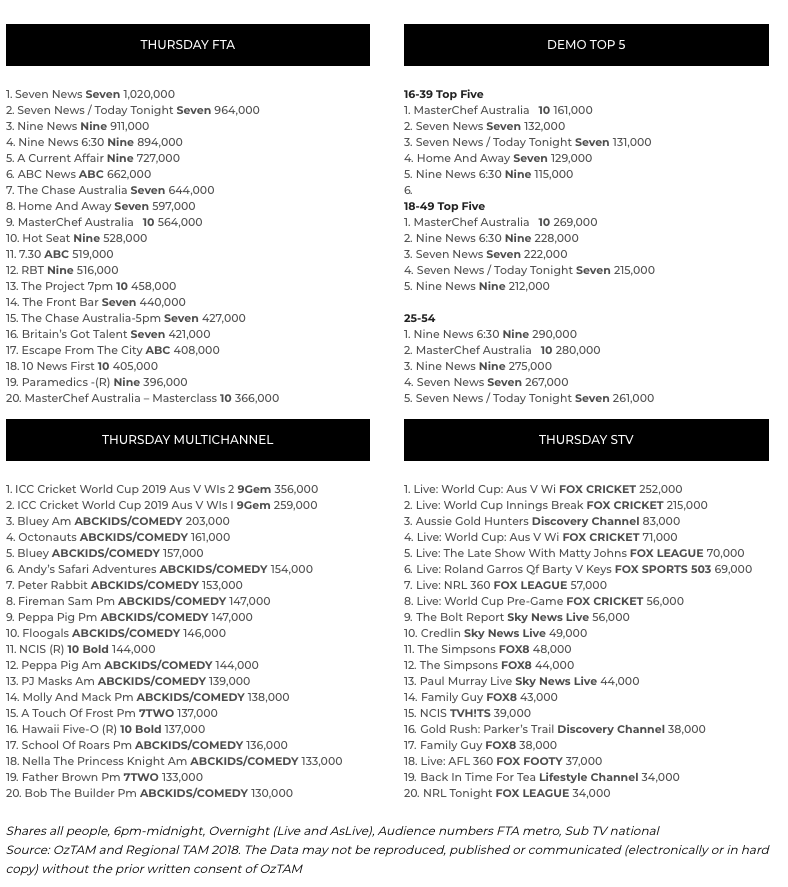