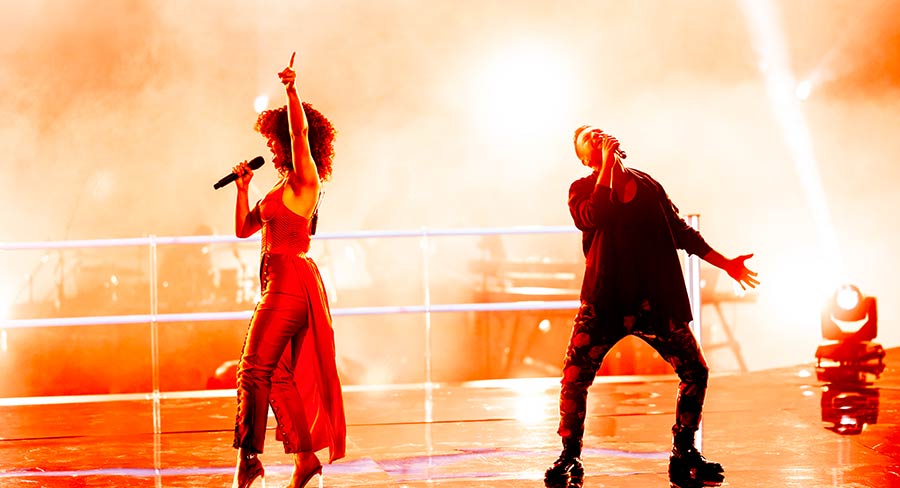 • Battle rounds over at The Voice, finals start next Monday
• Nine was even rating well at SBS with Rodger Corser show
• House Rules Best Of show slips under 500,000 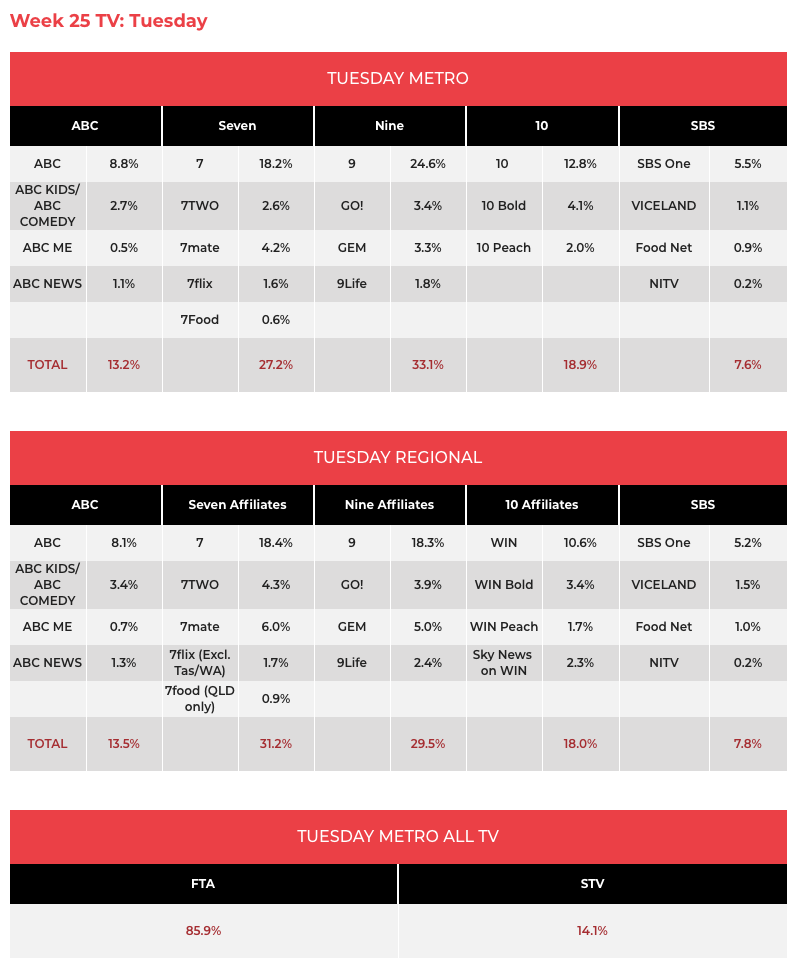 Jamie Durie was the host of a House Rules special on Tuesday night where he selected his best makeovers from six seasons of the show that have featured the work of 74 contestants renovating 39 homes. With nothing at stake though, the audience dipped below 500,000. The audience was actually up week-on-week in the timeslot after The Super Switch screened there a week ago.

Those numbers meant Andrew Denton had another poor lead-in for another great guest on Interview. His Madonna episode also featured some advice on dress and demeanour from the popstar for the TV host as 407,000 watched. An audience of 460,000 watched the Michael Caine episode a week ago.

A Current Affair was again comfortably over 800,000 for the second consecutive night. Leila McKinnon hosted the episode featuring a swindler accused of ripping off drought stricken farmers.

The Voice came to the end of the knockout rounds as the numbers crept back above 1m to 1.02m. With State of Origin game two on Sunday night, the next episode of The Voice is on Monday and will feature the commencement of the finals.

Marty Sheargold continued his media blitz spreading the news about his comedy tour on The Project. His appearance helped keep the numbers over half a million for the second consecutive night.

On MasterChef it’s been a few whirlwind weeks for Tim. He initially won an immunity pin, later got eliminated, then cooked his way back onto the show and then last night cooked again for an immunity pin. The Tuesday episode did 648,000 after 655,000 a week ago.

The channel has had three primary shares under 9% in the past eight days after having very few that low all year.

The final episode of Who Do You Think You Are? this year featured Gold Logie nominee (for the third time) Rodger Corser with 309,000 watching. That was down on the 409,000 watching Kerri-Anne a week ago, but it will sill be one of the channel’s biggest audiences this week. 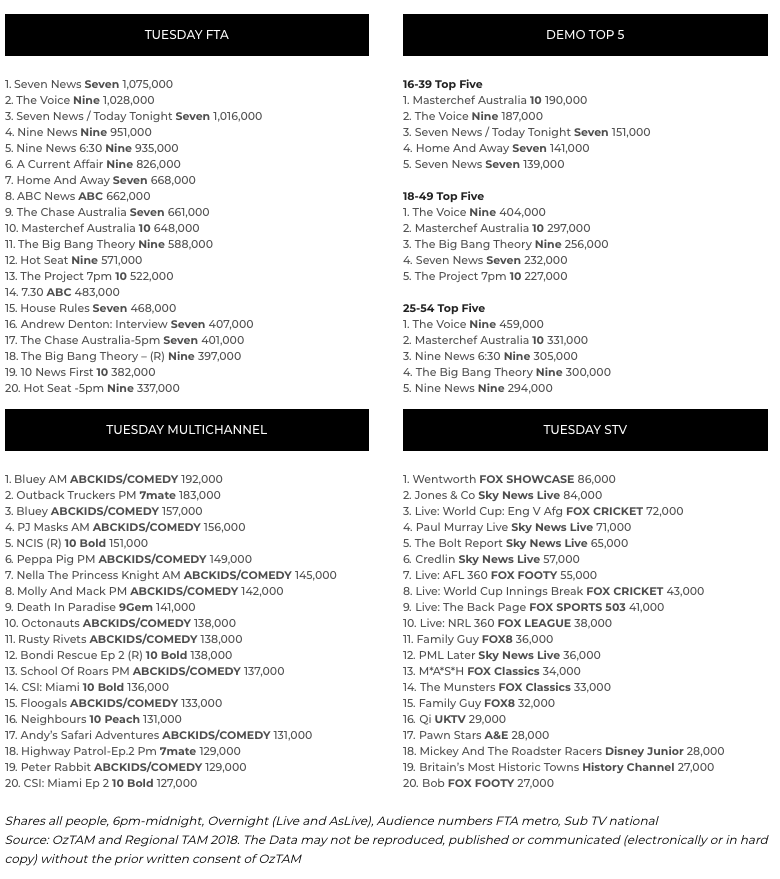