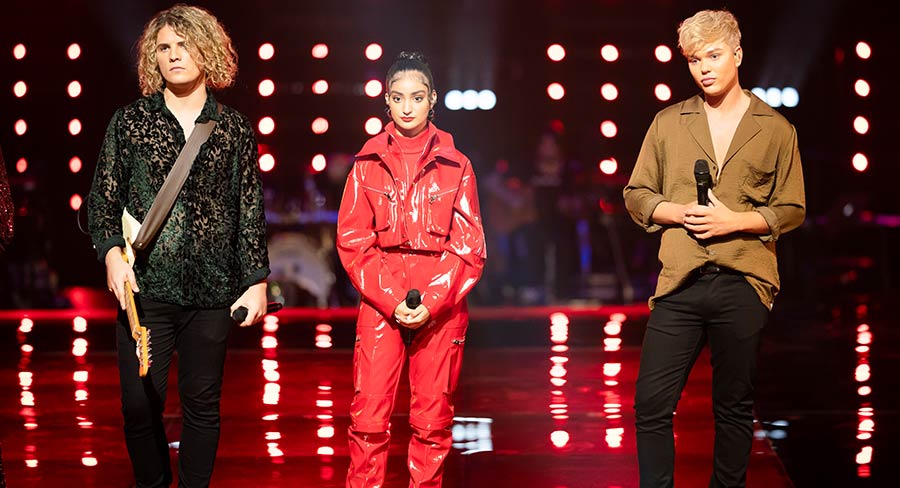 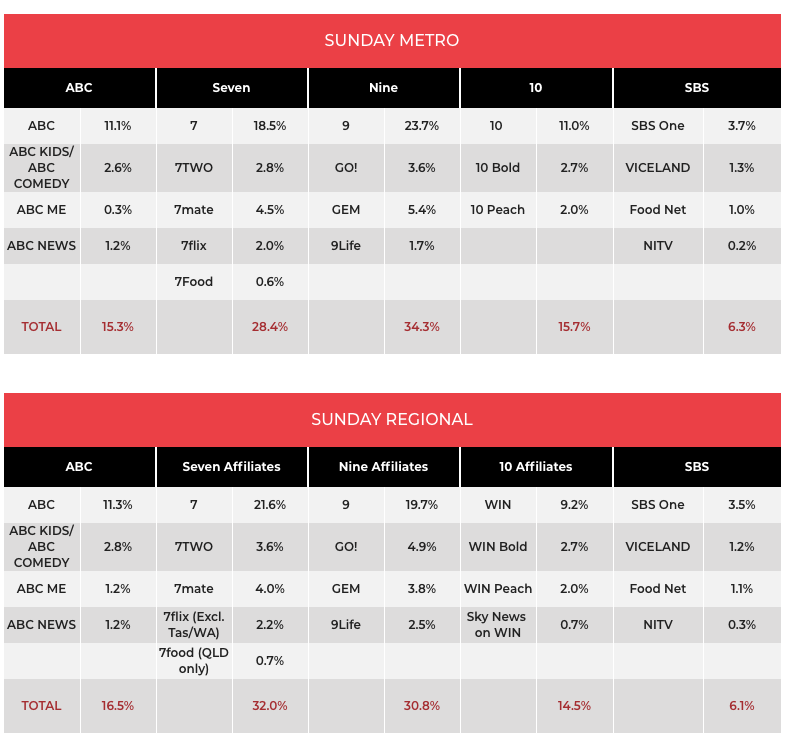 House Rules host Johanna Griggs welcomed teams to Campbelltown, Western Sydney to work on a rebuild of Graeme and Mary’s house. The blended family of six told of their heartbreak when their family home burnt to the ground in November last year leaving them separated. With a young family to look after and money tight, they didn’t have insurance and lost everything in the fire. With a broken family whose only wish is to be together, this seven-day build provided the greatest motivation for teams. Graeme said through tears: “When you’ve got nothing, you live every day not knowing and when you get that glimmer of hope, its life-changing.” Mary added: “It will bring an entire family together.”  Andy, a firefighter declared: “This is the best thing I’ve ever been able to do for anyone.” The Sunday episode was on 723,000 after 679,000 a week ago.

Hamish Macdonald was reporting live from the streets of Hong Kong early in the program and then Tommy Little was the star attraction on The Project, reporting from London on his Hit Network Spice Girls trip. The show did 411,000 after 7pm.

Heston Blumenthal time on MasterChef as he arrived for the start of Sweet Week. The episode did 605,000 after 489,000 last week.

Crime dramas from different parts of the world entertained audiences again after the news. 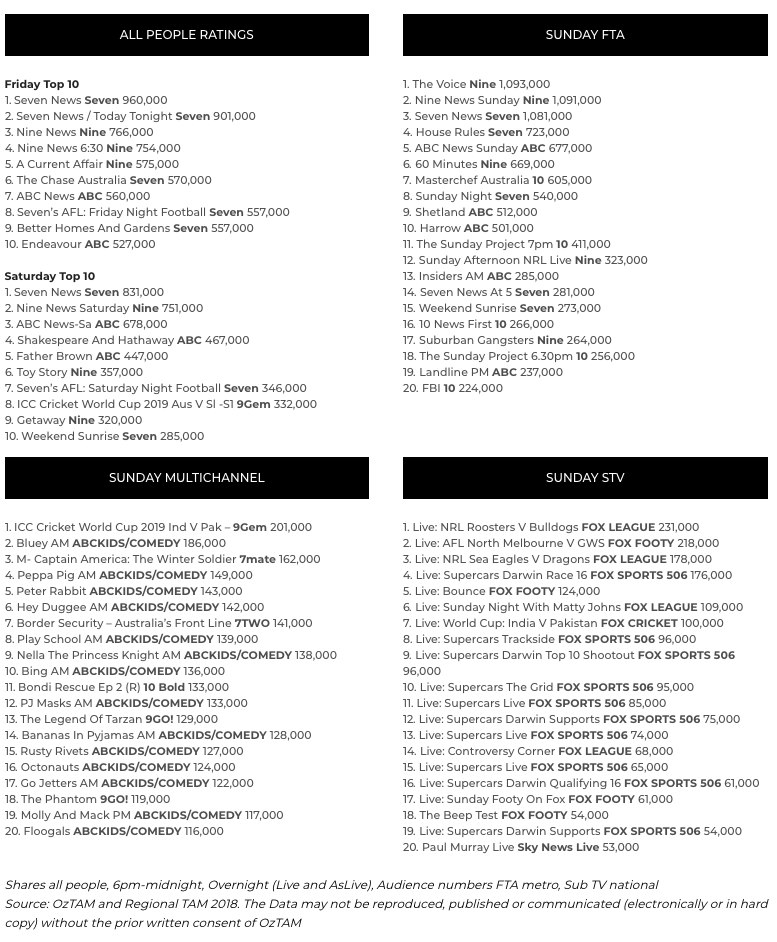