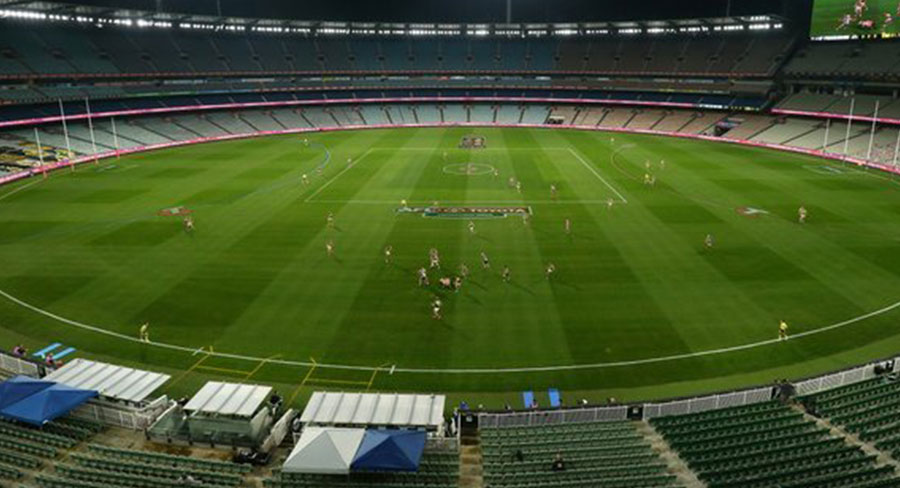 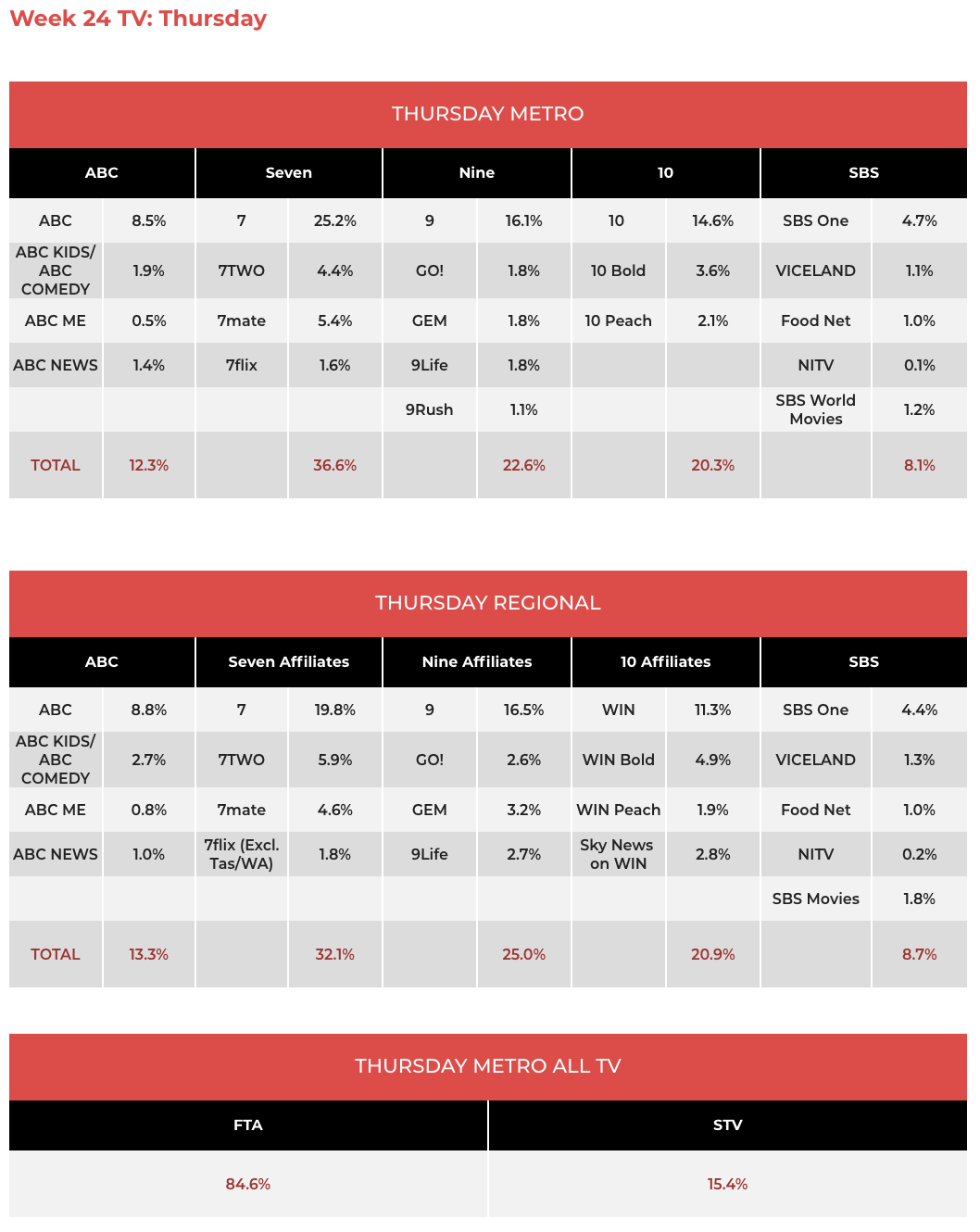 Seven: Seven’s Thursday primary share of 25.2% was its best Thursday number this year and its third highest share on any night of 2020. The channel had an audience just over 1m for the first match of the resumed AFL season which ended in a draw.
Seven this week promised advertisers a record start to the season and it has delivered: 1.002m (1.275m national) was the biggest Thursday night audience ever and the biggest home and away night audience in over a decade.
The shorter quarters however are being blamed by some fans for resulting in the low scoring game featuring Richmond and Collingwood which didn’t live up to the hype associated with the restart of the sport.
The Melbourne audience of 668,000 lifted primary channel share in that market to 40.9%.
The pre-match crowd was 420,000 and pos-match was on 468,000.
Home and Away screened in three markets to 405,000 earlier in the night.

10: MasterChef saw Reece qualify for the top eight in a four-way three-round immunity challenge. The essential ingredient that had to feature in every course was pumpkin with Poh first out, then Laura, with Reece the winner in the final course cook against Emelia. The Thursday audience was 875,000 up against live AFL and NRL which has got to be a good result for 10 after 970,000 a week ago.

SBS: After a bit of a break Great Canadian Railroad Journeys returned for the final episode with 231,000 watching.
The final of the three-part Filthy Rich and Homeless then did 224,000 after the first two episodes had audiences of 286,000 and 272,000. 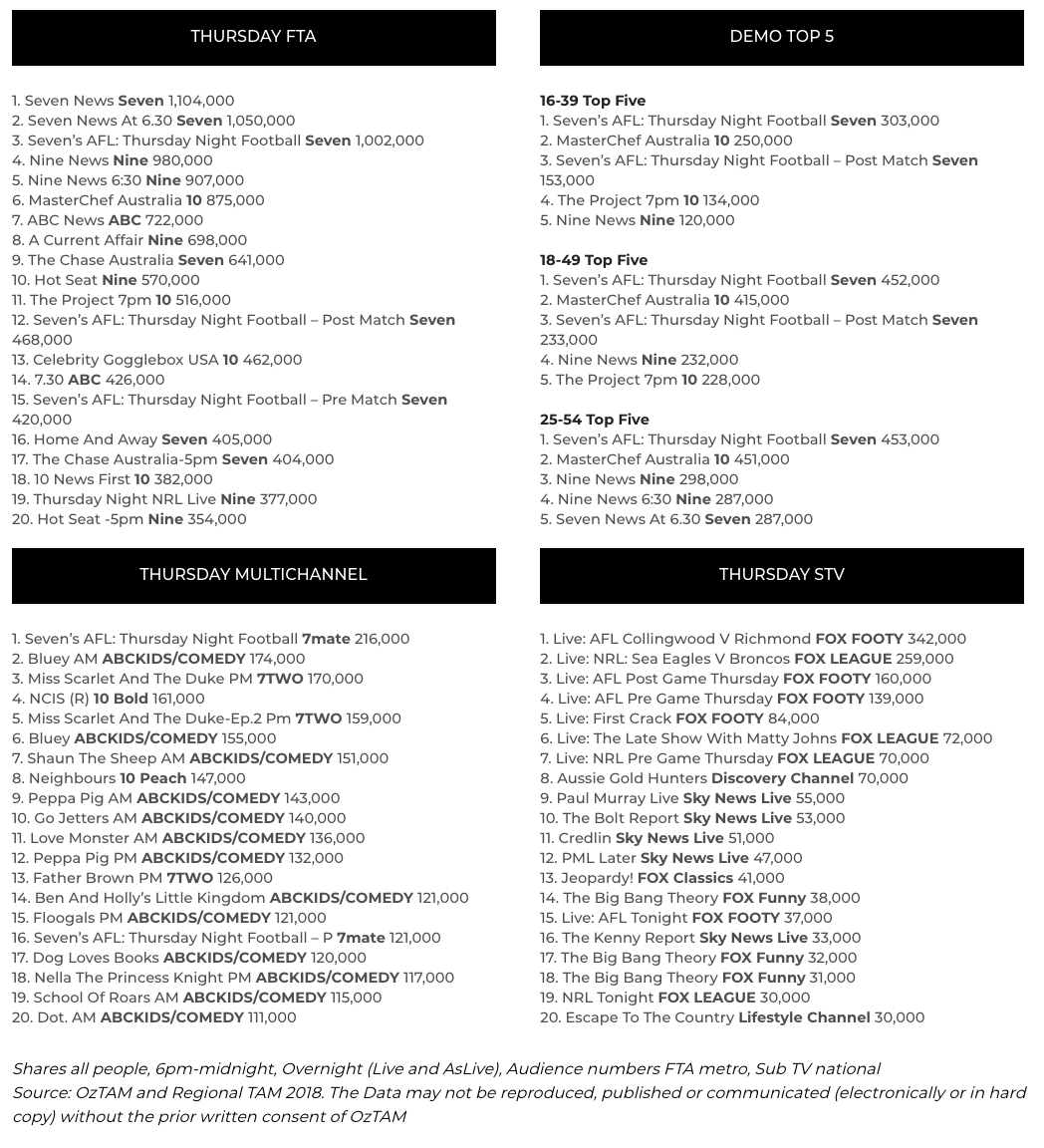