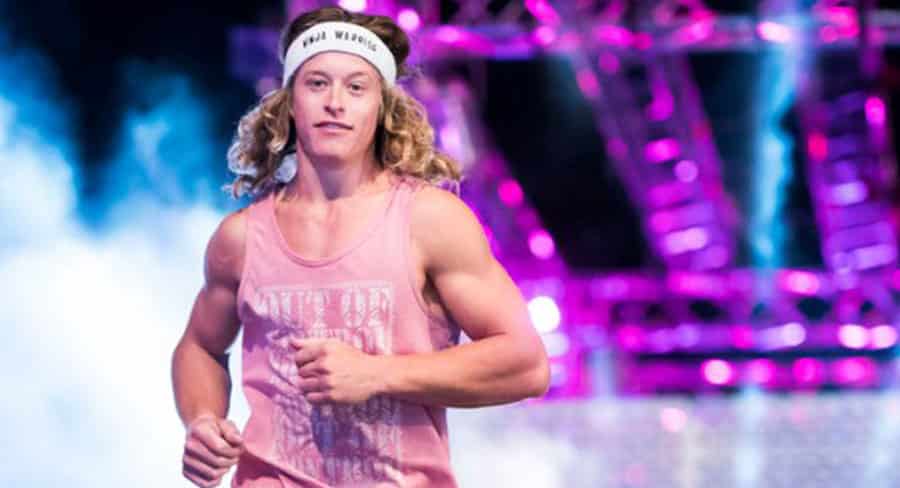 • Seven arrives at Barty Party just before it closes down 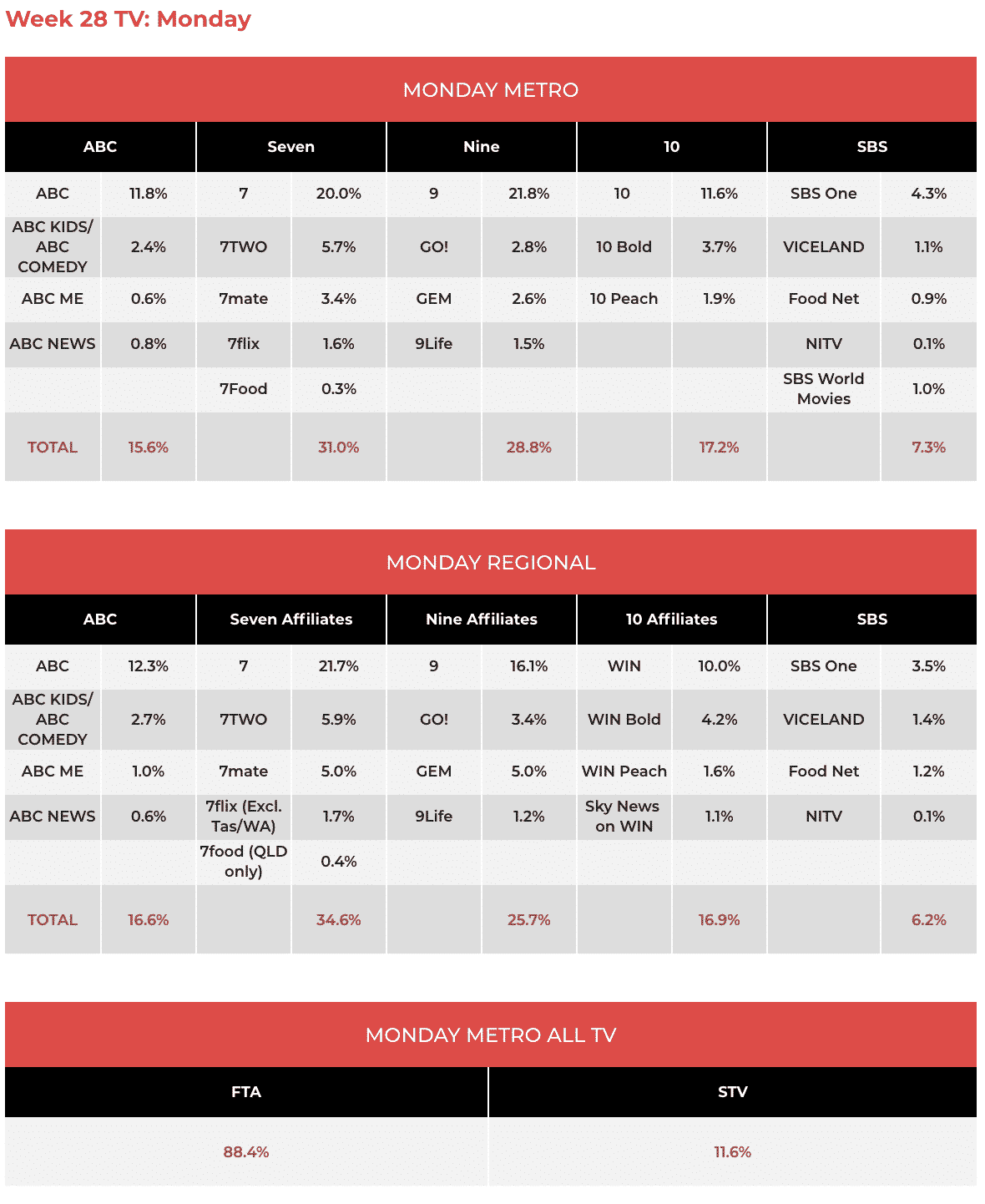 Seven switched Ash Barty’s game to the primary channel, but the Barty Party was stopped at Wimbledon on Monday by USA tennis player Alison Riske who managed to get the spot in the quarter finals. The tennis had an average audience of 520,000 and it boosted 7TWO’s share to 5.7% which secured Seven a combined channel share victory.

The channel segued from major reality franchises last night as The Voice made way for Australian Ninja Warrior. The third season started in it new location in Melbourne near where the Yarra meets the Bay. The Melbourne audience responded with 1.01m, up 9% on last year. The opening nights for the past two years were 1.67m in 2017 and 929,000 in 2018.

The channel the screened the doco Killing Michael Jackson, which explored the circumstances surrounding his death 10 years ago to an audience of 349,000.

The Project featured the return of Carrie Bickmore and the show’s Monday regular, the new afternoon host at 2GB, Steve Price. Comedienne Cal Wilson was also on the show with 484,000 watching after 7pm.

MasterChef was spending its second night in the West with 606,000 after

Have You Been Paying Attention? was missing Sam Pang for another week plus Ed Kavalee was also away this week. Taking their place where comedy veterans Tony Martin, Kitty Flannagan and Glenn Robbins. The show did 598,000 up against the tennis after 705,000 a week ago.

Two years on from the investigation into water theft in the Murray-Darling Basin that sparked a royal commission, Four Corners returned to the river system to investigate new concerns about how the plan to rescue it is being carried out. After 463,000 a week ago, last night was on 525,000.

Media Watch ranged from the recent police raids on a journalist and a newsroom to sporting “bad boy” Nick Kyrgios. The episode did 475,000.

The fascination with Michael Portillo’s train journeys is starting to fade with 143,000 watching Great American Railroad Journeys last night. It’s hardly surprising given the number of times many of these episodes have been screened.

Stage 3 of the Tour de France followed as the cyclists crossed from Belgium into France with 115,000 watching. 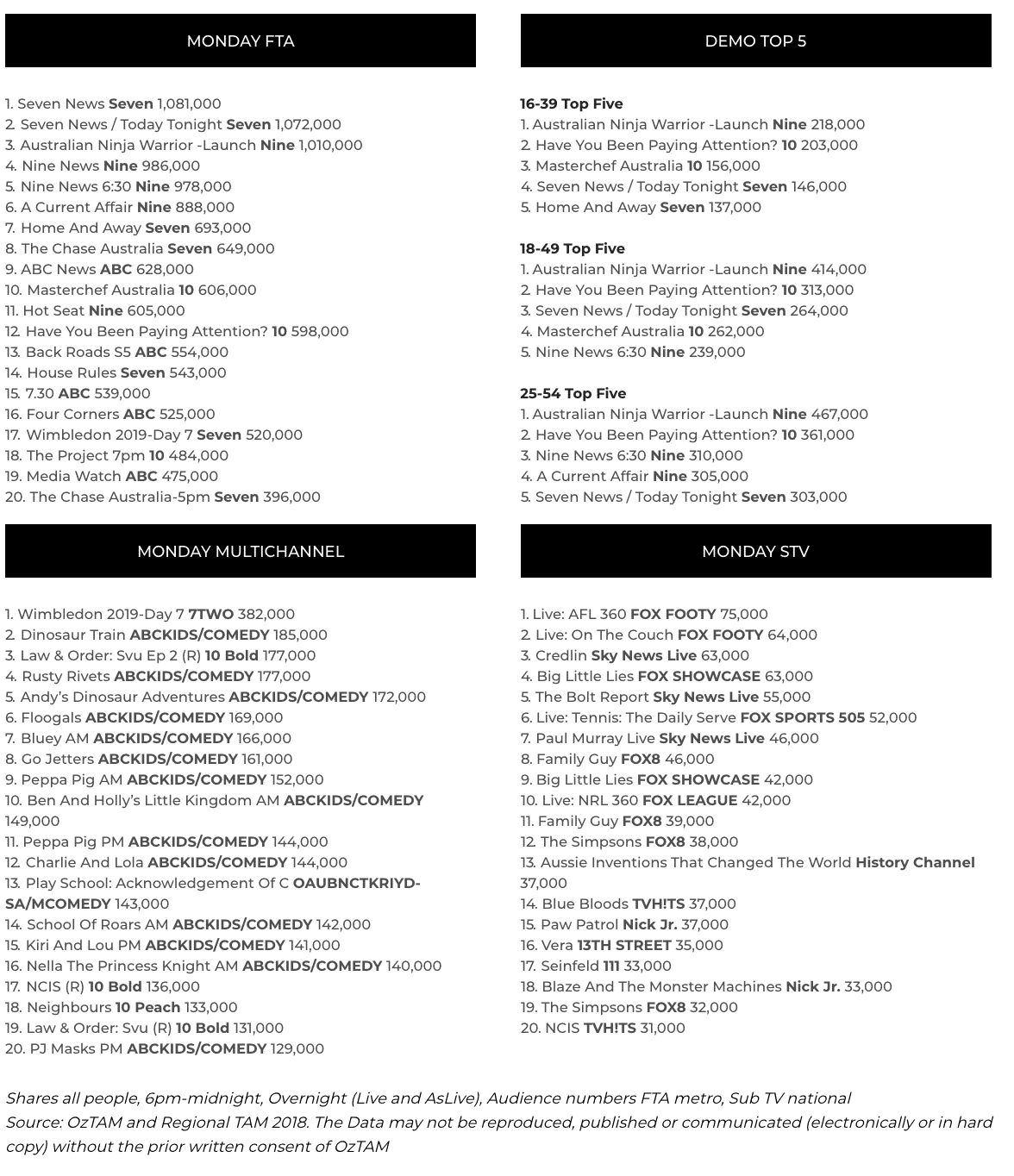