The audiences for the second episodes of both Farmer Wants a Wife and Ninja Warrior were down for their respective broadcasters. Nine’s primary channel primetime schedule had enough firepower to rank #1. 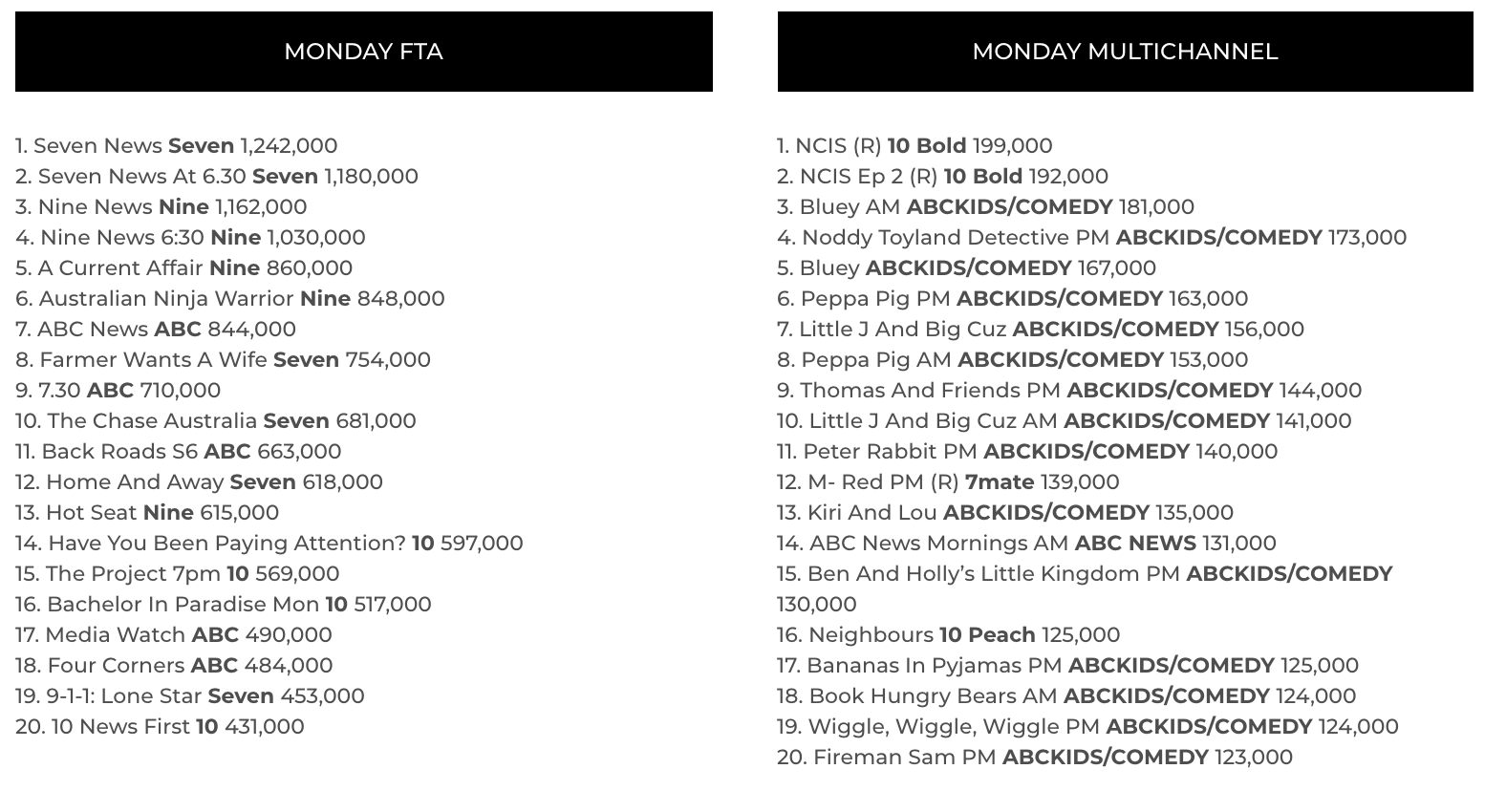