As Ninja Warriors in the fourth season of Ninja Warrior Australia aim to climb Mount Midoriyama, the viewers tuning in helped Nine climb the ratings mountain. After losing the two previous Sundays, Nine flexed its Ninja muscles and claimed the points on the first night of week 31.

The launch episode of Ninja Warrior was on 1,040,000, outperforming the launch episode of Farmer Wants a Wife on Seven with 908,000. Both reality shows debuted strongly for their networks, and pushed well ahead of 10’s Bachelor in Paradise on 434,000.

Nine noted Ninja Warrior was #1 24-54 on Sunday. “Ninja was clearly the destination of choice for 25-54s and family audiences on Sunday night,” said Hamish Turner, Nine’s program director. “Nine had a very strong audience share on Sunday night and dominated the commercial shares. The sentiment on social media has been positive and we think the audience has responded well to the Power Tower. We look forward to seeing the show continue its ratings momentum in the weeks to come.”

Seven is happy with its Sunday performance too though as the reboot of Farmer Wants a Wife continues Seven’s ratings recovery and gives the network another hit franchise.

Another important program for Seven on Sunday was Bevan Lee’s Between Two Worlds. The first episode did 419,000 which is a great number for a drama at that time of night. Watch for the numbers to climb on catchup which we will follow of the next few weeks.

Angus Ross, Seven’s network programming director, said: “It’s clear that Australians have fallen in love with Farmer Wants a Wife, with a great launch and strong audiences, particularly in the key demographics and in regional Australia. Farmer has also continued our strength in BVOD, with solid numbers for its first two episodes. We’re excited about continuing to share this much-loved show with our audiences over the next few weeks.” 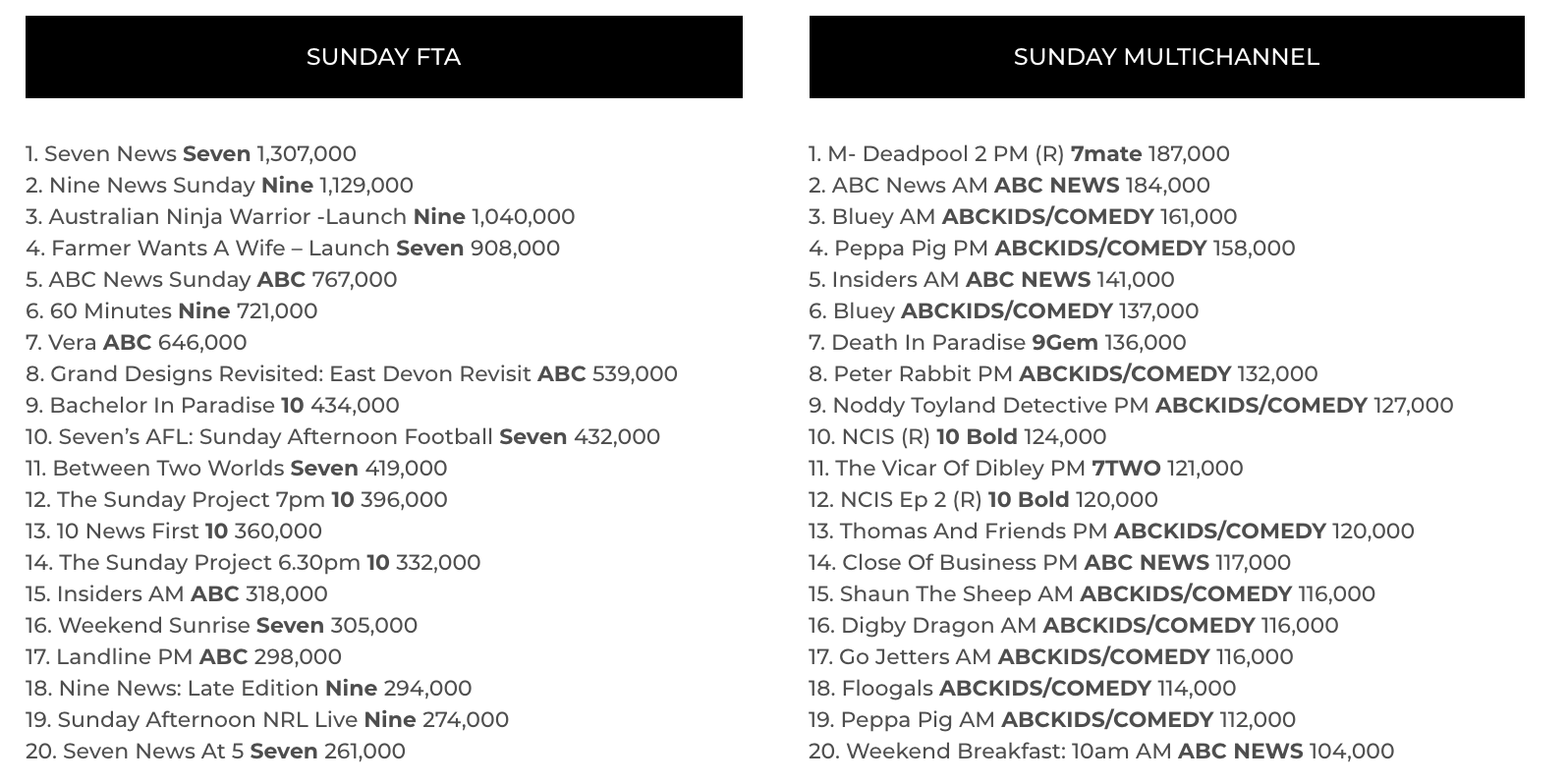