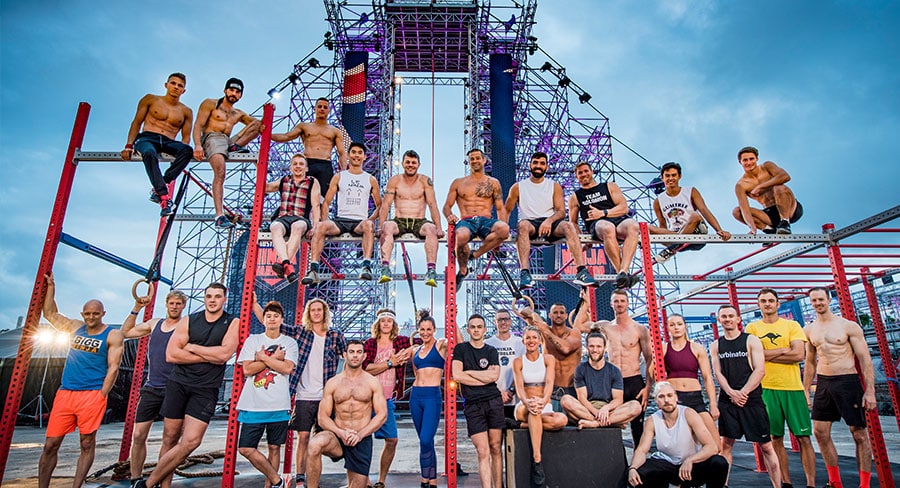 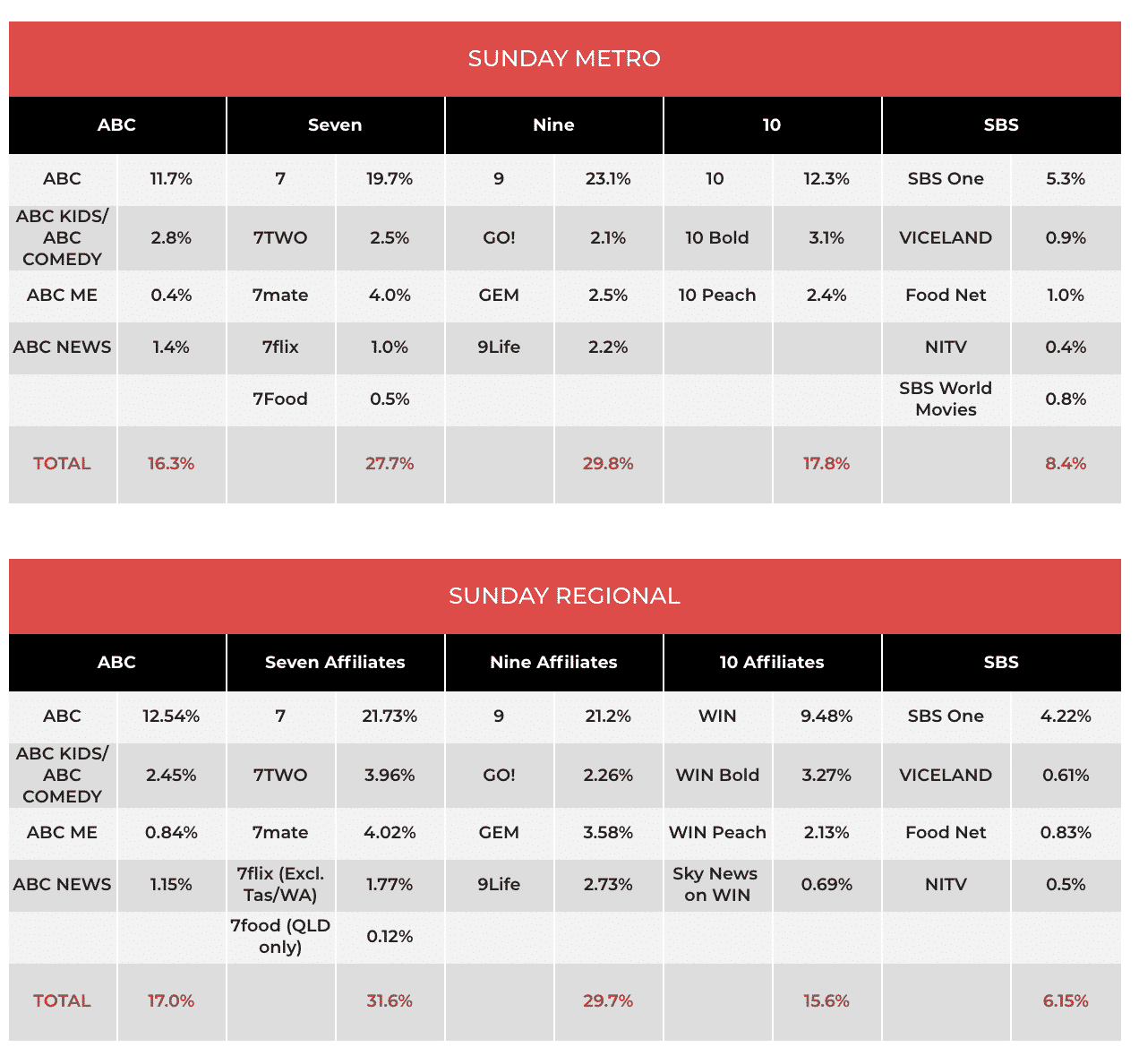 House Rules saw the final garden reveal and then the scores indicated who the grand final teams would be ahead of the reveal of the grand final challenge. As it enters its final week, the episode was on 784,000.

Sunday Night looked at Chloe Kennedy and Nicole Crawford, two quadriplegic women who shared a dream of motherhood. Then Palm Beach stars and best friends Bryan Brown and Sam Neill were interviewed. The episode was on 458,000.

The first of three Australian Ninja Warrior semi-finals kicked off with 998,000 which was enough for Nine to win primary channel and networks shares. Thirty Ninjas are competing for a spot in the grand final. Among them are Perth’s gymnast-turned-cheerleader, India Henry, and the rivalry between Ashlin Herbert and the Barefoot Ninja continues.

Reports on 60 Minutes included why the glamorous princess wife of Dubai’s billionaire ruler is hiding in a $150m London mansion. The episode did 647,000.

After its massive 10th birthday two-hour Friday night extravaganza, The Sunday Project was on 392,000 after 7pm. A feature of the show was interviews with Jacinda Ardern and Chelsea Handler.

Queensland’s Nicole Scott has been eliminated from MasterChef Australia in front of 648,000, narrowly missing out on a place in the semi final after her chocolate parfait failed to set.

After surviving 12 weeks of competition, Nicole has fallen just days out from the grand final, which will air this Tuesday.

A final MasterChef Masterclass then followed with 548,000. 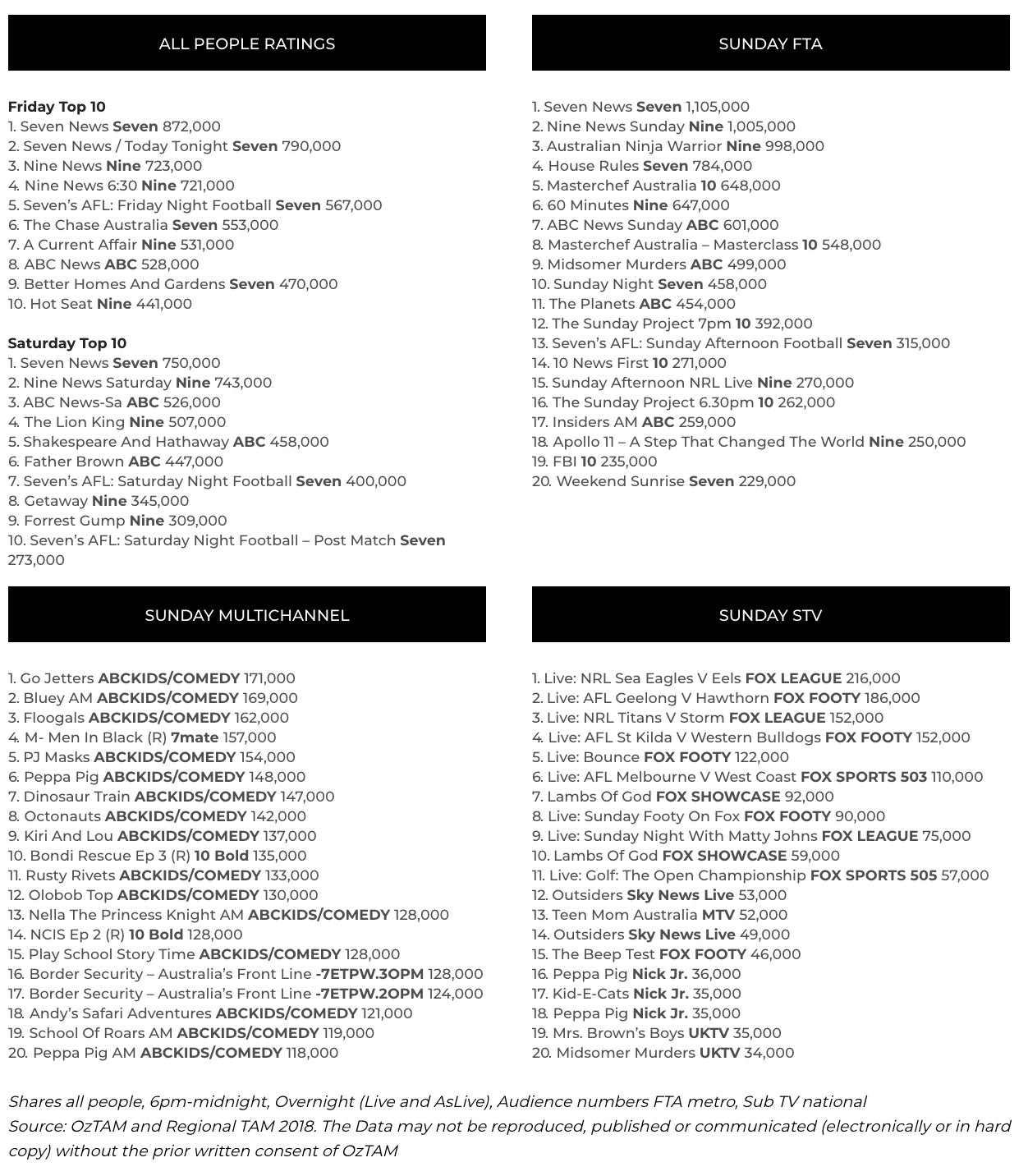