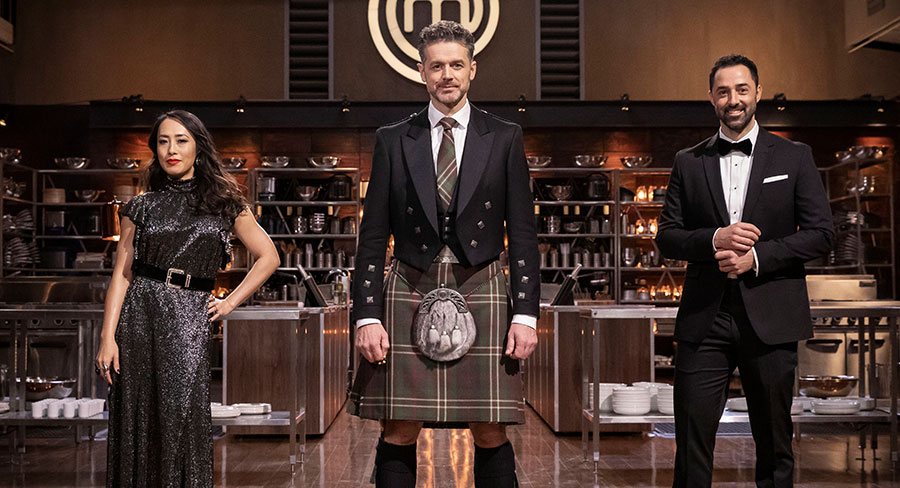 Seven: Home and Away returned with 649,000 after a week 29 average of 667,000.
Big Brother was on 712,000 after 723,000 a week ago. The top five faced not one but two big challenges to determine who would be up for eviction. Sophie’s return to the game came at a cost and she started tonight’s two challenges with a disadvantage, while Mat’s carry over power from the last challenge meant he would get two votes at the next eviction if he was voting and one vote if he was nominated. Sarah was first to drop out of the first challenge meaning she was automatically up for eviction. Tonight the penultimate episode will decide the top three who will feature in the final on Wednesday.

Nine: With The Voice over and Nine’s next major franchise Ninja Warrior not starting until Sunday the network counted on the British Royal Family last night, much in the same way SBS does on Mondays!
A Current Affair followed the news with 769,000 after a week 20 average of 750,000.
Fergie and Andrew featured some pretty familiar footage but still managed 469,000. That wasn’t a terrible number, but it did rank fourth in the timeslot.
The Royals: A Family in Crisis followed with 366,000.
Earlier in the day Today had its best audience in six weeks and was a winner along the east coast capitals.

10: Network 10 and its primary channel had their best night of the year ranking #1 in both measures.
The Project did a big number – 677,000 – thanks in part to the appearance of Reynold who failed to make the MasterChef final during the cook on Sunday night.
Then MasterChef delivered what it had to do. The format is the biggest property on 10 and the series finale should have delivered the biggest ratings and audience of the year and that is exactly what it did.
The MasterChef: Back to Win finale started with 1,261,000 and then climbed to 1,523,000 when Emilia was announced the winner. Lots of talking points for viewers along the way last night. Starting with the crazy ambition of the challenge – one person to cook a three course meal for former contestants and the judges. During the cook Laura suffered a bad burn to one hand meaning she had to continue with that liability. The look on her face seemed to indicate she was thinking about pulling out, but she, or the producers, managed to find the motivation to continue.

Later in the night Have You Been Paying Attention? did 771,000 despite the later start.