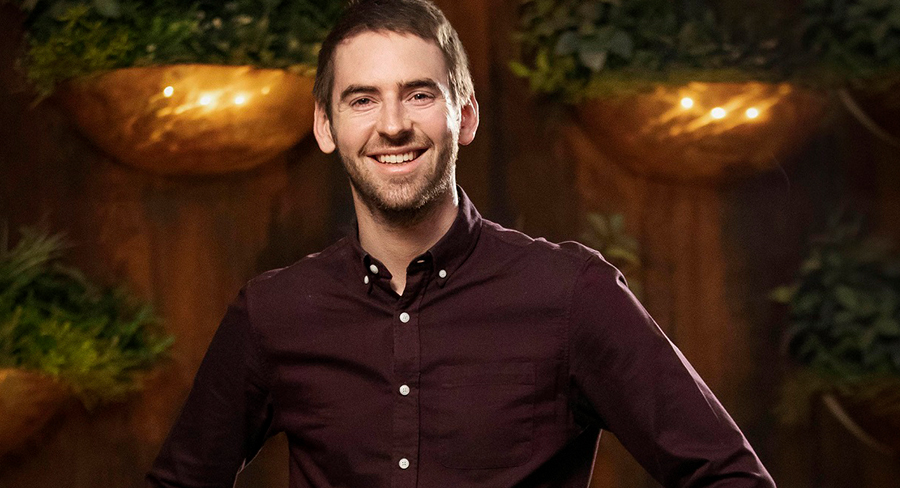 • The Voice chooses the final four + Elton helps Nine to #1

• MasterChef: Heartbreak for Callum, ratings gold for 10
• Big Brother over 700k ahead of biggest twist ever tonight Seven: Home and Away’s two episodes so far this week have had audiences of 695,000 and 677,000.
Big Brother was having more fun in the White Room where Kieran was robbed of his sanity, while in the house the housemates were robbed of… well everything. Furniture, crockery, cutlery, plants, toiletries, even their beloved fish – all gone! With Big Brother’s mind games accelerating, Sophie started to question the strength of her alliance with Daniel and Mat. After a tied elimination vote, Sophie was sent packing by Dan’s tie-break vote. But it’s not yet the end for Sophie with Big Brother sending her to the White Room where she was shocked to find Kieran lurking. The audience of 714,000 was up marginally from 695,000 a week ago.
Ramsay’s 24 Hours to Hell and Back saw Gordon trying to help a Mexican restaurant in the San Fernando Valley. The audience was 293,000.

Nine: Tuesday’s A Current Affair was on 767,000 after 842,000 on Monday.
The Voice semi-final saw the top eight become the top four who now go to the Sunday night finale which meant some tearful farewells. It was a long, long episode that included performances of new songs from Guy Sebastian and Daryl Braithwaite. Kelly’s choice for the final was Guy’s brother Chris Sebastian. Guy went with Johnny Manuel, Boy George said he chose Siala Robson partly because he thought it was what Australian would have wanted. Delta chose the last singer for the finale and went with Stellar over Jesse after giving some reasons why Stellar may not be the right choice. The show is locked in the 700,000s with 714,000 after exactly 700,000 a week ago.
A replay of Elton John: Uncensored followed with 354,000 watching.

10: Last night was a special Carrie’s Beanies for Brain Cancer edition of The Project saw the program raised money to fight one of the deadliest killers and celebrate the scientists searching for a cure. The audience was just over 600,000 after 7pm.
MasterChef’s final Tuesday episode of the year saw Callum, Laura and Reynold cooking in a two-part elimination. They could cook what they liked, but had to choose from special pantries. The three cooks delivered three of the best dishes of the season said judge Melissa. All did well, and it looked like the winner of the first part of the elimination might be Laura. Wrong! The judges surprised choosing Reynold who became the second person through to next Sunday’s semi-final.
Farewelling contestants has always been difficult but the judges this year have done it with real dignity. Last night was perhaps the most difficult of all this year, made even tougher for those involved as there are no hugs allowed, just elbow bumps. The Tuesday audience was another 1m+ ahead of the final two episodes coming Sunday and Monday.
10’s Tuesday allowed it to claim leadership under 50 for the primary channel.

ABC: Foreign Correspondent was reporting on North Korea with 460,000 watching after 406,000 a week ago.
The documentary about violence in the southside of Chicago, White Light, was on 216,000 after 8.30pm.

SBS: Another day and another new railway series. This time the very prolific Michael Portillo was back with Great Asian Railway Journeys with episode one visiting Hong Kong for the audience of 310,000.
Marc Fennell was hosting Insight again with an episode about people having affairs and the trouble they can cause with 199,000 watching.
Where Are You Really From? then visited Shepparton for an audience of 154,000. 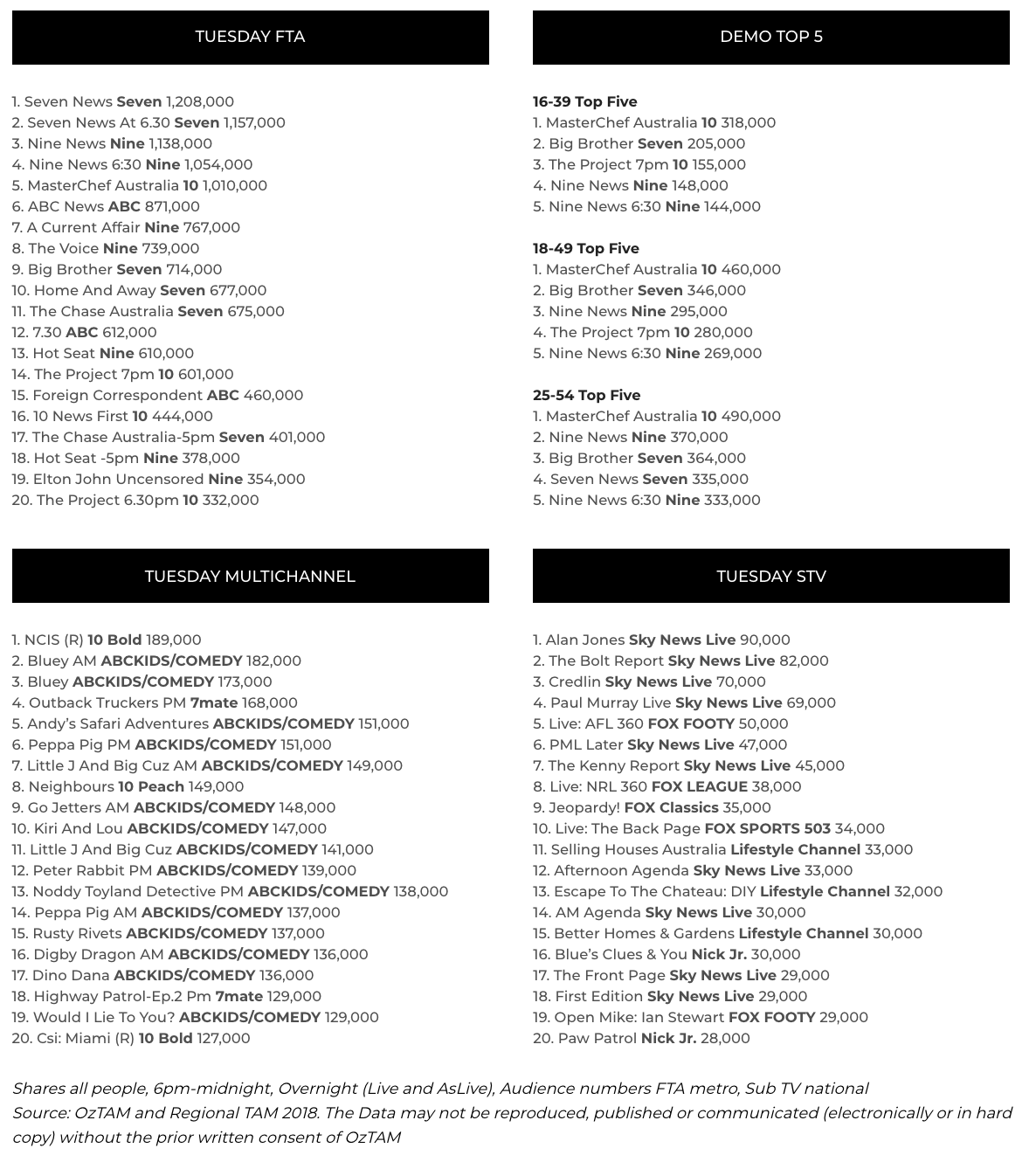