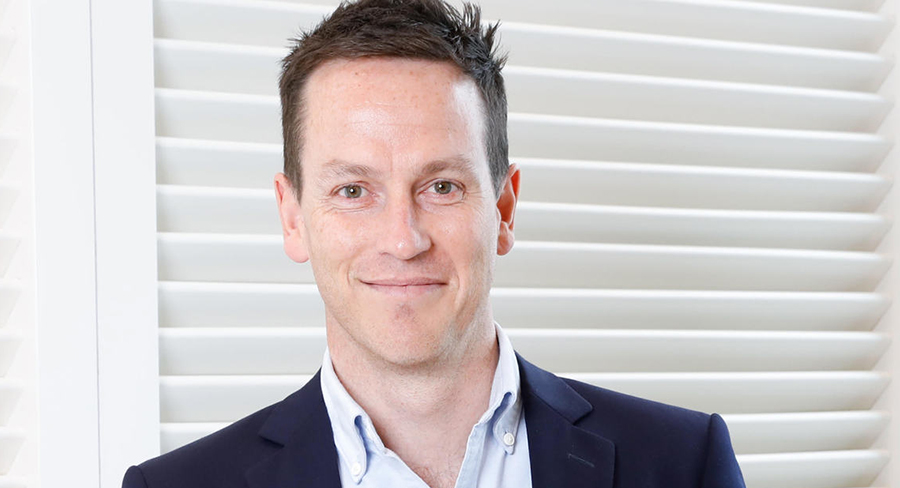 • Not surprisingly major news events have been behind recent growth – from the bushfires to Covid-19.

Twitter Australia’s head of partnerships, Angus Keene, has told Mediaweek it has been a positive few months at the social media platform, despite the turmoil caused by the virus.

“We are seeing a resurge in the number of people coming to Twitter in 2020. Those people are coming to find out what is going on in the world, to follow experts and to have conversations. More and more people are also using us and the platform to escape a little and be entertained.

“Before the pandemic hit we had our biggest-ever user growth globally, lifting 24%. The growth comes from several things including product improvements as we continue to make Twitter better and easier to use, making it more valuable to users, and we have also introduced more video.

“Video is at the heart of the platform now and more people are consuming it. We are also seeing an increase around seasonal events.”

Not surprisingly major news events have been behind recent growth – from the bushfires to Covid-19.

Although Twitter doesn’t publicly release data on specific markets, Keene said advertisers do get extra insights. “We work with third party companies which can provide data on usage numbers in individual markets. Discussions we have with advertisers include information around particular demographics or a particular cultural moment.

Some companies are also using Twitter to stream virtual events. “Video conferencing since we went into lockdown has grown 4x on the platform.”

Enhancements that have been welcomed by advertisers include the ability to hide replies, allowing the original author to moderate what is published around that post. “That allows both consumers and brands to hide replies they may not want to appear in their feed or under a particular Tweet. A new feature expected soon gives users even more control, managing who can respond to a Tweet. The three options are everyone (as is now), only people who you follow or only people that are mentioned. If no one is mentioned in the Tweet then no one can respond to the Tweet.

“In time that will give heavy users, celebrities and brands the ultimate control of who can enter the conversation.”

Recent executions with brands in the sports and media space includes the AFL and the NRL as their respective seasons re-started. “We partner with both leagues to send out near-live highlights in addition to some bespoke content. We are also working on covering the National Indigenous Awards and we want to support them via a livestream in August.”

Twitter still continues in a long-term partnership with Seven which dates back to the days of Clive Dickens when he was head of digital. “Seven created a completely new brand that was exclusive to Twitter called Armchair Experts. That was in response to a brief three years ago for the creation for more live content. It is an exclusive show that runs after the football on a Friday night and we were regularly delivering around 50,000 views every week. We have been able to deliver to Seven an audience that is really challenging to reach on linear TV.”

One of the big trends on Twitter of late is the explosion of streaming conversation. In early March when the pandemic started impacting the way people live, work and entertain temselves, Twitter saw a 35% increase in content related to streaming on the platform in Australia.

New research conducted by Twitter demonstrated a strong correlation between Twitter usage and significant consumption of streaming services. Some 80% of Twitter users in Australia subscribe to at least one streaming service, with a 25% of respondents considered to be heavy consumers that spend 10 hours+ a week streaming. 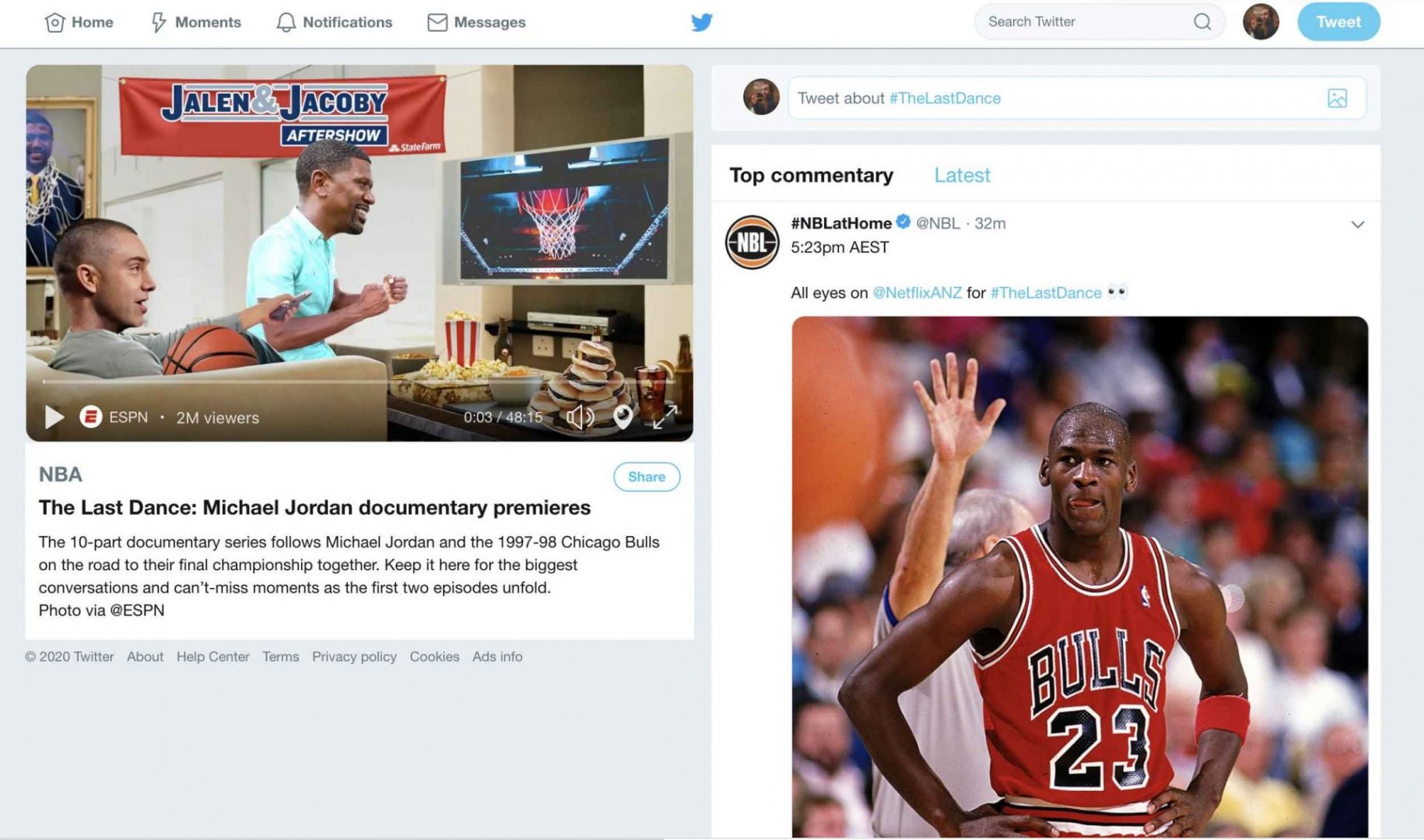 When one of the most anticipated sports documentaries ever launched in April, Twitter worked with @NBA_AU and @NetflixANZ to enhance the debut of episodes 1 and 2 of The Last Dance via a simultaneous event experience on Twitter. The dedicated timeline, discoverable via the explore tab, was a way for Australian sport fans to join the real-time conversation.

Keene: “We had 11m Tweets globally around that series and 1m on just the last episode. Globally we had a one hour live show with ESPN and people were able to tweet out a video before the first episode.” David Koch’s AusBizTV channel recently became Australia’s newest business streaming service. The opening 15 minutes of the ASX AusBiz coverage each day is streamed live and exclusive on Twitter, alongside a segment called StartUp Daily which goes live at the close of the ASX.