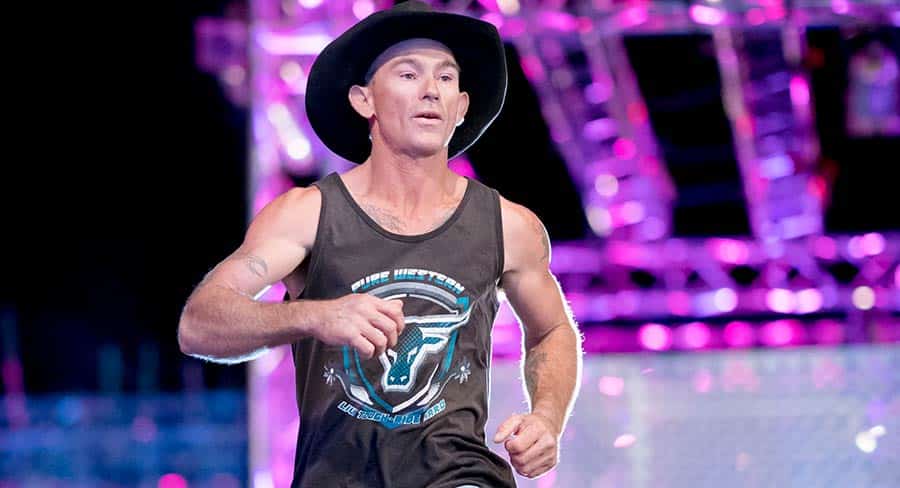 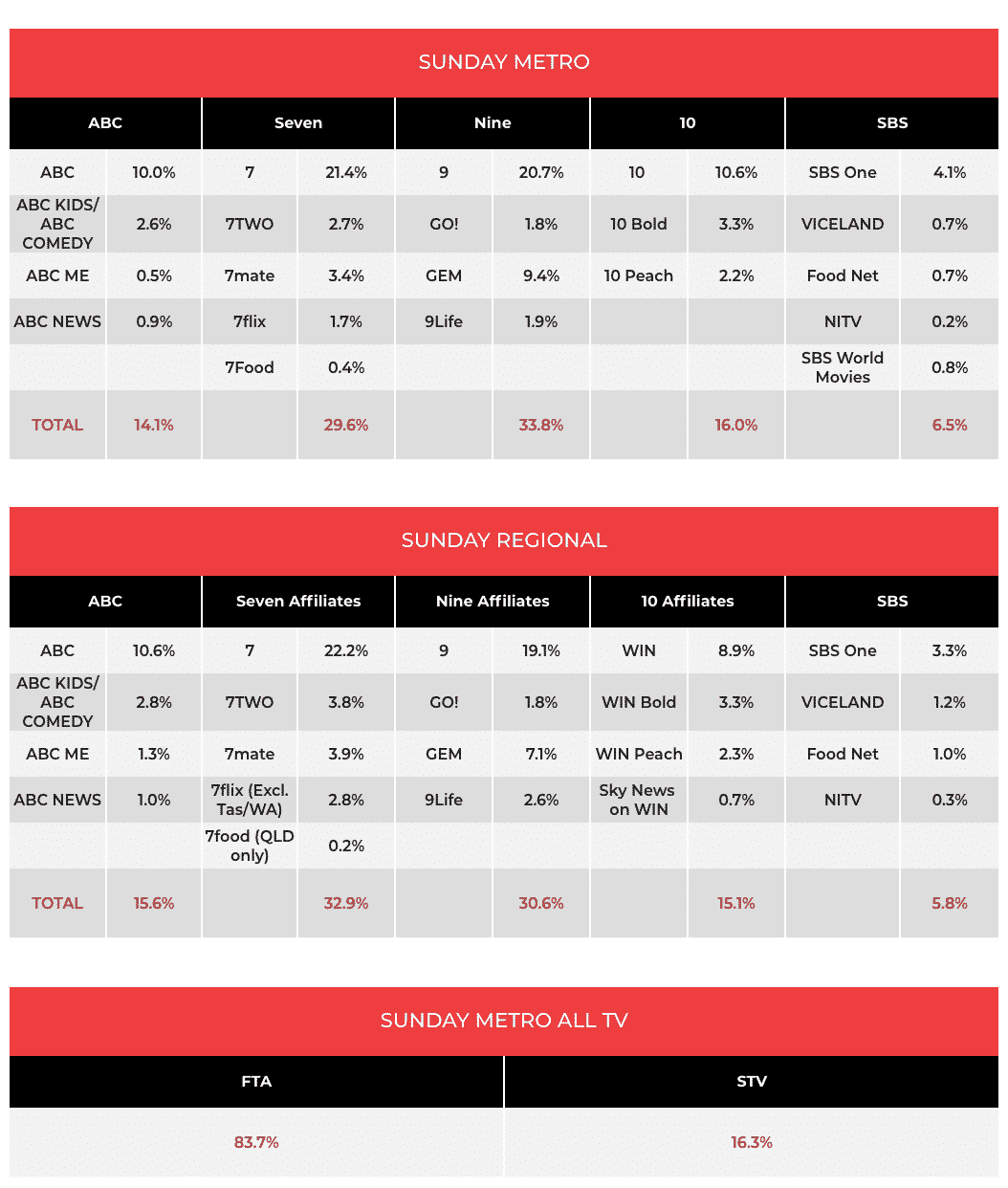 Shayn & Carly returned to their brand-new Aussie dream garden on House Rules with the backyard earning a perfect 10 from the homeowners for Lisa & Andy who also won praise from the judges for their “genius” secret fairy garden. The episode did 732,000.

Seven managed to win the primary channel night with some help from the Wimbledon men’s final that got underway at 11pm. The coverage was watched by an average of 403,000. The epic match didn’t end until well into Monday meaning the ratings are to be split over 2 days.

Australian Ninja Warrior was on 899,000 for its first Sunday this season after audiences of 1m and 879,000 last week.

The World Cup Cricket on 9Gem saw many people willing New Zealand to a win, and they came so close. The audience watching the NZ innings after 7.30pm was 361,000. There was still over 100,000 watching by the time the England innings got underway, yet the game didn’t wrap until well into the Monday ratings.

Finals week started on MasterChef as tears were shed with letters from home arriving for the top six. The episode was on 605,000.

The Planets did 490,000 in what promises to be a big week for space nerds.