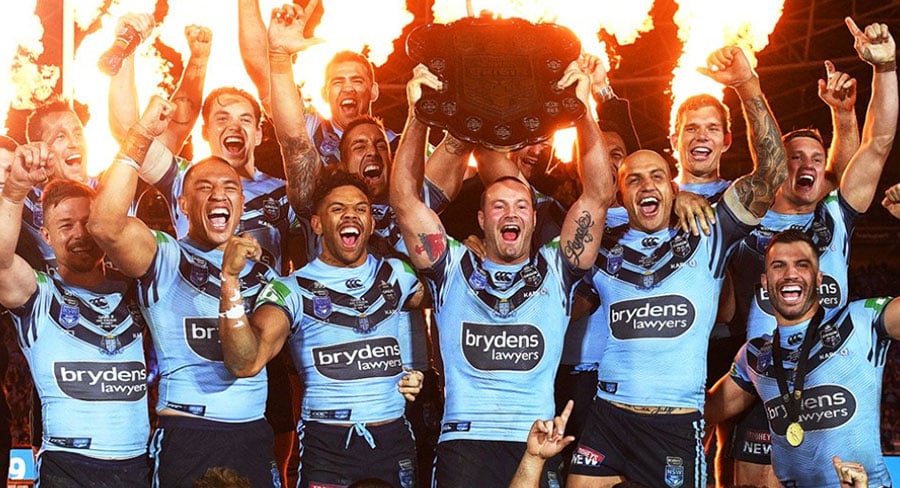 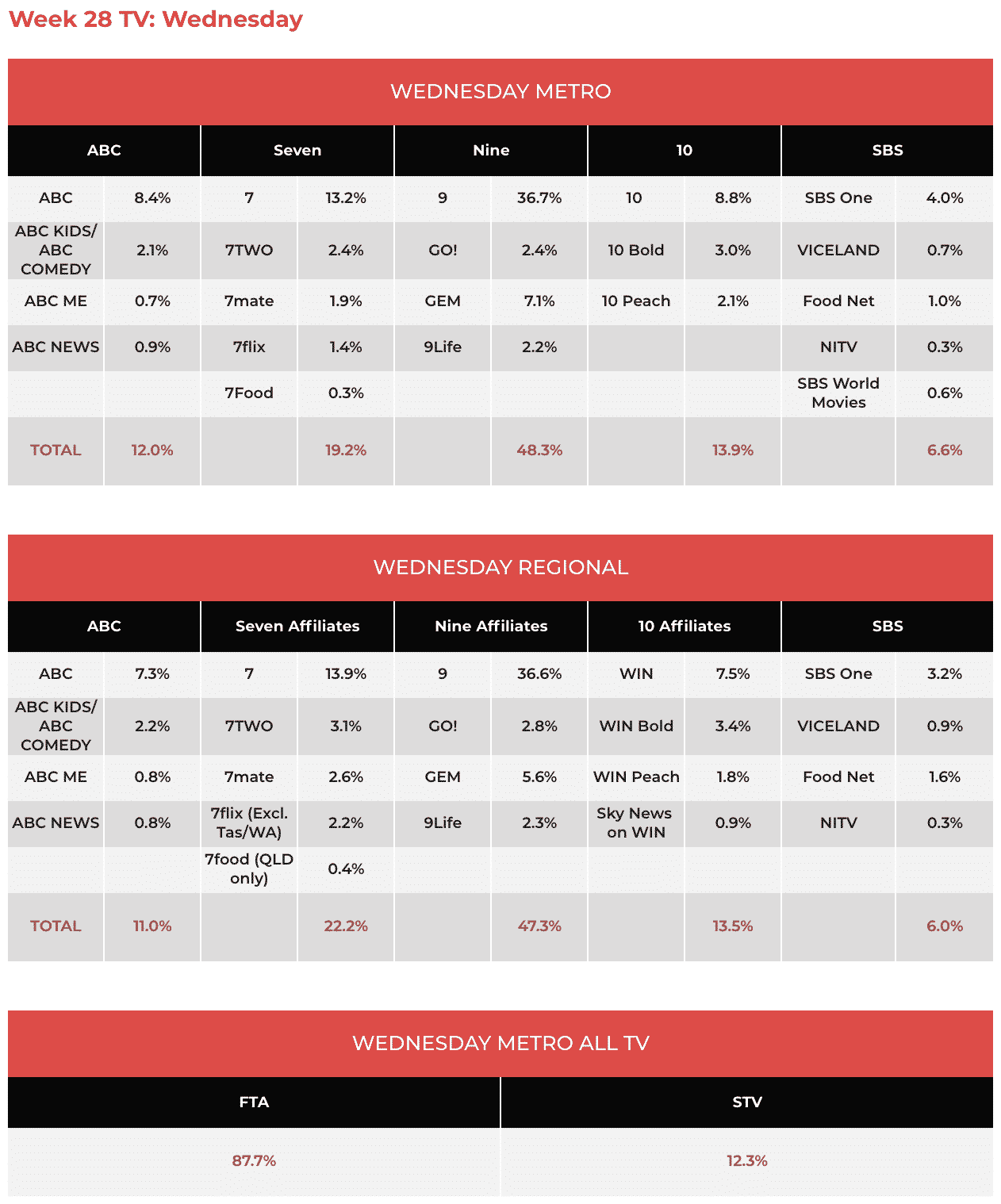 The best performers for seven last night where The Chase Australia with 653,000 (an improvement on last Wednesdays 645,000), and Home and Away with 612,000 (down from 621,00 a week ago) as the network managed a 13.2% primary share and overall 19.2% across all its channels. Which is down on its performance during State of Origin game II where it produced a primary score of 17.2% and a network total of 26.9% although this may have been aided from occurring on a Sunday night where it was supported by a strong night from House Rules.

2.00m viewers tuned in for the conclusion of the 2019 State of Origin series which is a dip from the 2.17m of game one but an uptick over the Sunday night game II in Perth which had 1.96m viewers, with all three games comfortably in the top 10 audiences of the year.

The game had 877,000 viewers in Sydney, and 670,000 from Brisbane as it dominated the eastern markets. This powerhouse performance made it an easy win for Nine being the best primary (36.7%) channel and network (48.3%) for the night.

Continuing the winning night for Nine, thanks to their sports bonanza last night they were also the number one multichannel with 9Gem having a share of 7.1% thanks to the World Cup Semifinal between India and New Zealand generating 254,000 viewers.

MasterChef was the best performer for 10 with 555,000 viewers despite having a down night being below the 654,000 that it made last Wednesday.

Anh’s Brush with fame featured singer/songwriter Archie Roach and they were joined by 492,000 viewers down from 599,000 last week.

SBS Food has continued its winning streak over 7food winning every night this week posting its equal best share for the week.