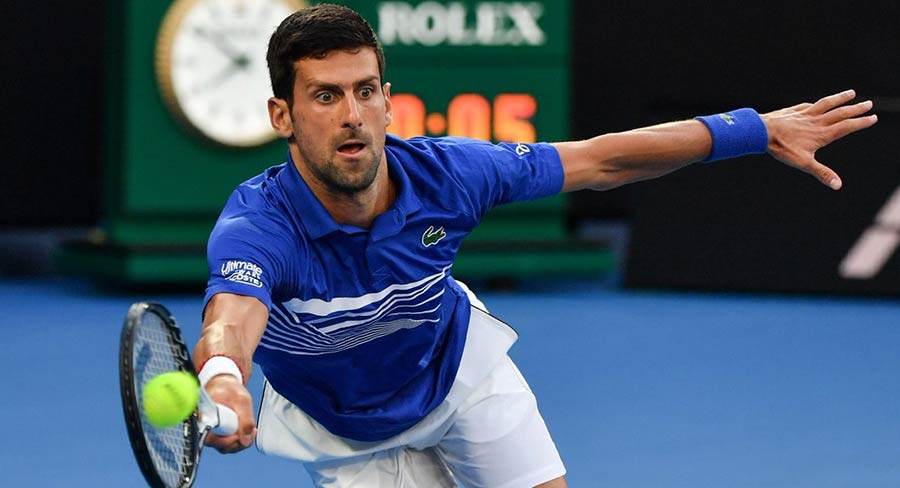 Seven had a double header in the Big Bash League with an afternoon game played in regional Victoria at Moe and then the evening match from the SCG.

The audience for the evening clash between the Sydney Sixers and the Hobart Hurricanes was 390,000 for the first innings and then 388,000 for the second. Despite an easy win for the Sixers, Hobart remains well in the lead at the top of the table.

Judging by the numbers many viewers had an early night after starting to watch the Australian Open. The first match covered by Nine saw six-time Australian Open champion Novak Djokovic back in the semi finals for the first time since 2016 after Kei Nishikori retired during the second set. Most of the entertainment for the rest of the night came from the Nine commentators. Jim Courier had an entertaining on court interview with Djokovic and then the team covering the doubles was joined by Lleyton Hewitt and there was much laughter between the serves.

I’m A Celebrity…Get Me Out Of Here! was again the #1 program after 7pm and was a Wednesday winner under 50 and in other key demos. Last night campmates reacted to jungle leaders Shane Crawford and Justin Lacko’s camp chore allocations. While Justine Schofield was thrilled to keep her position as head chef, Richard Reid and Sam Dastyari were less than thrilled to be on dunny duties!

Kate Langbroek was on The Project talking about her plans, or lack of, for her move to Italy. The show was on 436,000 after 7pm.

Comedy night saw a QI repeat on 284,000 followed by the final of the three-part repeat of Stop Laughing…This Is Serious on 382,000.

The final of Destination Flavour China was on 125,000. Putting it on before Great British Railway Journeys doesn’t seem to have boosted the food and travel show’s numbers. Railways followed at 8pm on 186,000.