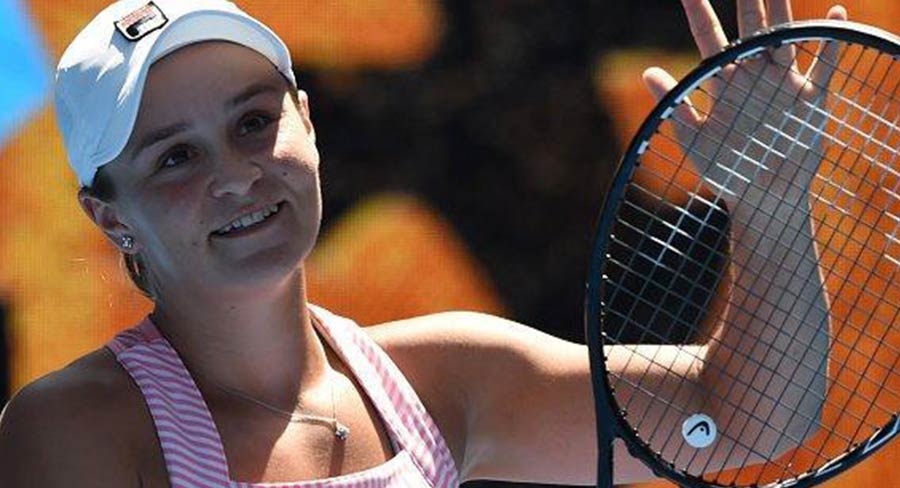 • BLL no match for the Aus Open Closer finish last night in the cricket, yet it was no match for the Australian Open.

The first innings of the game from Sydney’s Spotless Stadium saw 351,000 watching which grew to 409,000 for the second innings.

The Australian Open had its second-best night with an early evening average of 953,000.

The big tennis attraction on Day 9 was Ash Barty fighting to stay in the competition with a metro average of 1.18m.

I’m A Celebrity…Get Me Out Of Here! was split in two again last night for the first elimination episode. 793,000 tuned in to learn that Ajay Rochester was being sent home, while 717,000 saw the rest of the episode.

These numbers allowed 10 to claim to be #2 channel ahead of Seven under 50 last night 6pm to midnight.

The Project featured heartbreaking interviews with Aiia Masarwa’s father and cousin and rocker Joan Jett was a guest in the studio. The audience was on 421,000.

On Foreign Correspondent reporter Adam Harvey had a metro audience of 295,000 for story from Madagascar.

The second episode of Fake Or Fortune? was on 151,000. The busy co-host Fiona Bruce is creating controversy in the UK as the new host of the BBC’s Question Time, a similar show to the ABC’s Q&A.

Great American Railroad Journeys took viewers through Connecticut and New England with an audience of 187,000.