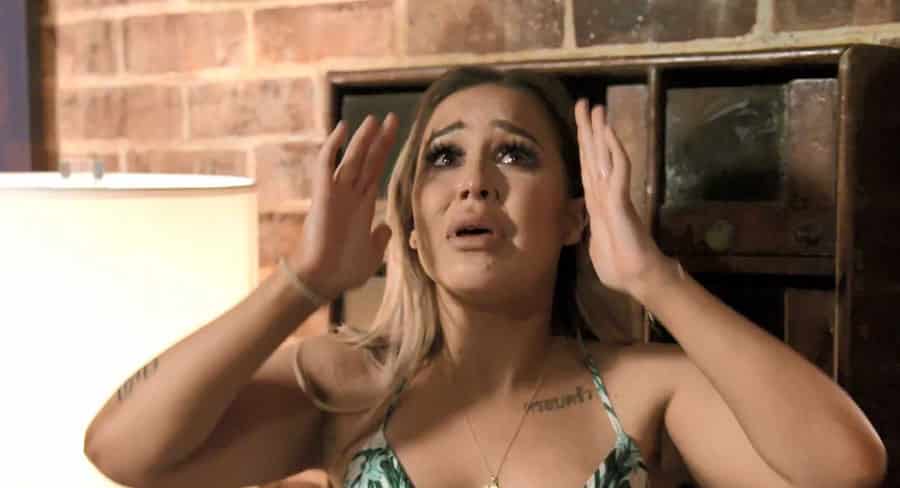 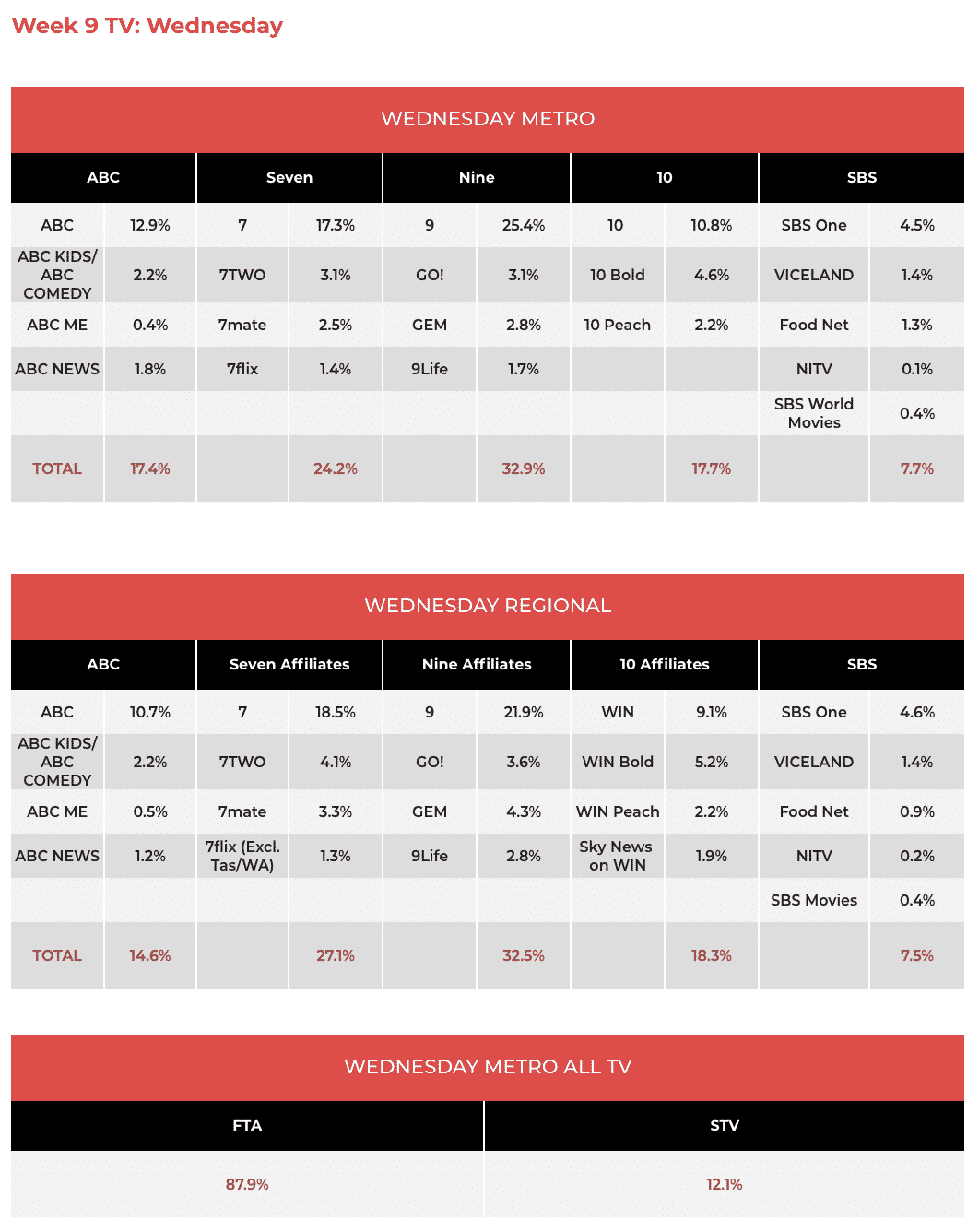 Married At First Sight has ended the week not too far from where it started with a winning audience over 1.1m for the third dinner party. A major talking point for many was the very loud green shirt worn by David. Wardrobe choices from the team at Endemol Shine have often been edgy and hopefully this trend will continue! The Wednesday audience was up from 1.058m a week ago.

Doctor Doctor followed the reality juggernaut with another 500,000+ audience.

Team Colin were working in one of his kitchen’s last night on My Kitchen Rules: The Rivals with 453,000 watching after 416,000 a week ago. The show was ranked #4 in the timeslot all people.

Australian Survivor: All Stars did 563,000 after 584,000 a week prior. After four years, Brooke finally got sweet revenge on her bestie, Flick, sending her home via a perfectly executed blindside. Flick became the 11th person voted out of the game.

ABC share was close to a year midweek best on 12.9% with its comedy line-up complementing News and 7.30.

Hard Quiz featured a couple in the final showdown with 610,000 watching.

The numbers lifted a little to 614,000 for Shaun Micallef’s Mad As Hell.

Tony Robinson has a grip on the midweek SBS 7.30pm slot and episode three of his Hidden Britain By Drone did 210,000.