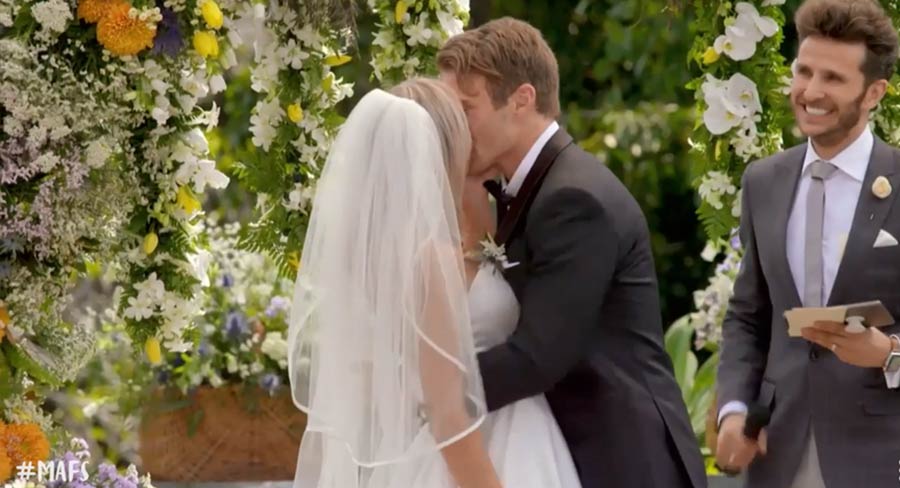 • MAFS tumbles: 1.29m means ‘only’ 500k ahead of competition
• MKR up week-on-week, but still a long way behind the leader
• 10 splits Dancing with the Stars: Regular episode down 20%
• Academy Awards pull decent daytime crowd for Nine, 9Now Strangers Milly and Karolina cooked for the first time in Milly’s Melbourne apartment on My Kitchen Rules. They were in trouble immediately with just 3 out of 20 for entrée but later recovered with scores of 7 and above for the remaining courses. The Monday MKR episode was up from 709,000 a week ago to 764,000 last night.

Detective Inspector Jon Rouse was a guest on A Current Affair special event with advice on how to protect children at home and on their devices. The episode did 883,000 after a week 8 average of 742,000.

Married At First Sight might have been down over 350,000 from the Sunday numbers, but it was still way ahead of anything else on offer. The Monday audience of 1.293m was up on 1.208m a week ago. The episode saw two new couples meet and then marry.

Monday share was down 12.9% to 11.1% week-on-week as some of the original Dancing With The Stars audience drifted away for week two. Miguel Maestre won’t be back for week three after becoming the first elimination from the series. 10 has split the episodes into two parts for the ratings report. The first part of last night was on 498,000, which is down close to 20% from the launch episode of 615,000. However the audience watching the Elimination segment was 588,000, much closer to last week’s crowd.

Earlier in the night The Project featured 10’s Angela Bishop covering The Oscars and Kate Miller-Heidke talking about her forthcoming Eurovision performance. The Monday episode did 448,000 after 7pm after a week 8 average of 377,000.

Prime Minister Scott Morrison was a guest (pre-recorded not live) on 7.30 as host Leigh Sales drilled him about climate change. The episode did 579,000 after a week 8 average of 583,000.

The premiere of The Kennedys: The Power Of Wealth launched with 196,000.