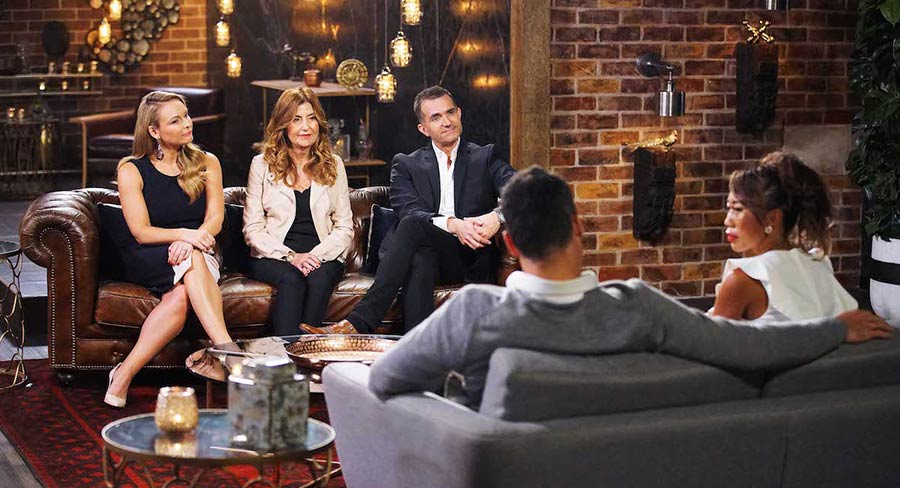 My Kitchen Rules continued to improve with a Monday audience of 906,000 up from 840,000 a week ago and 819,000 a fortnight ago for the season launch. Last night’s episode featured the first group one elimination from the new MKR Restaurant. It was goodbye to Karito & Ian on a night where the scores weren’t too bad for some food that didn’t look appetising on the plate.

Seven’s Instant Hotel then returned with a smallish launch crowd of 385,000. The first stop this series was Razz and Mark’s Coober Pedy dugout.

Continuing controversy surrounding Married At First Sight is keeping the ratings high and the show set another peak last night with a touch under 1.3m tuning in. The producers and contestants are certainly pushing all the right (wrong) buttons so far this year.

Pointless started primetime for the channel on 170,000 and then the first half hour of The Project did 211,000. Not good enough 10’s chief content officer Beverley McGarvey tells Mediaweek this week in an interview and podcast we published yesterday.

The audience ramps up after 7pm though with The Project on 429,000 with topics ranging from guest contributor Fifi Box’s baby news to Waleed Aly with former champion boxer Khalid Baker and his quest to clear his name.

Justin Lacko did well to make it through until the last week of I’m A Celebrity…Get Me Out Of Here! and he left the jungle last night more famous than when he went in. The audience watching the final Monday episode this season started on 560,000 and edged higher to 566,000 for the elimination.

The final episode of Back Roads opened up as it usually does with some spectacular photography as Heather Ewart visited Queensland town Windorah, population 115. Season four came to and end with 582,000 watching.

The channel’s best was a repeat of part two of Spying On The Royals, which did 171,000.