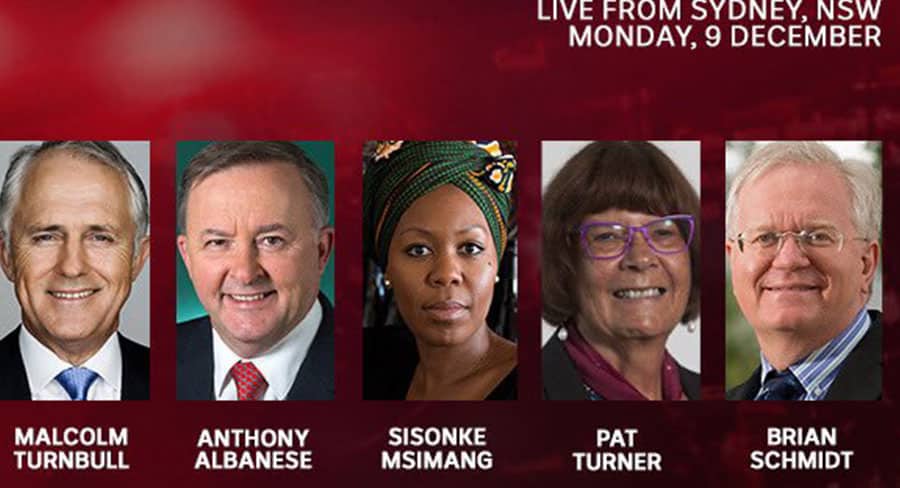 • Australian Story had the strongest audience of the three with 561,000 which saw it win its timeslot 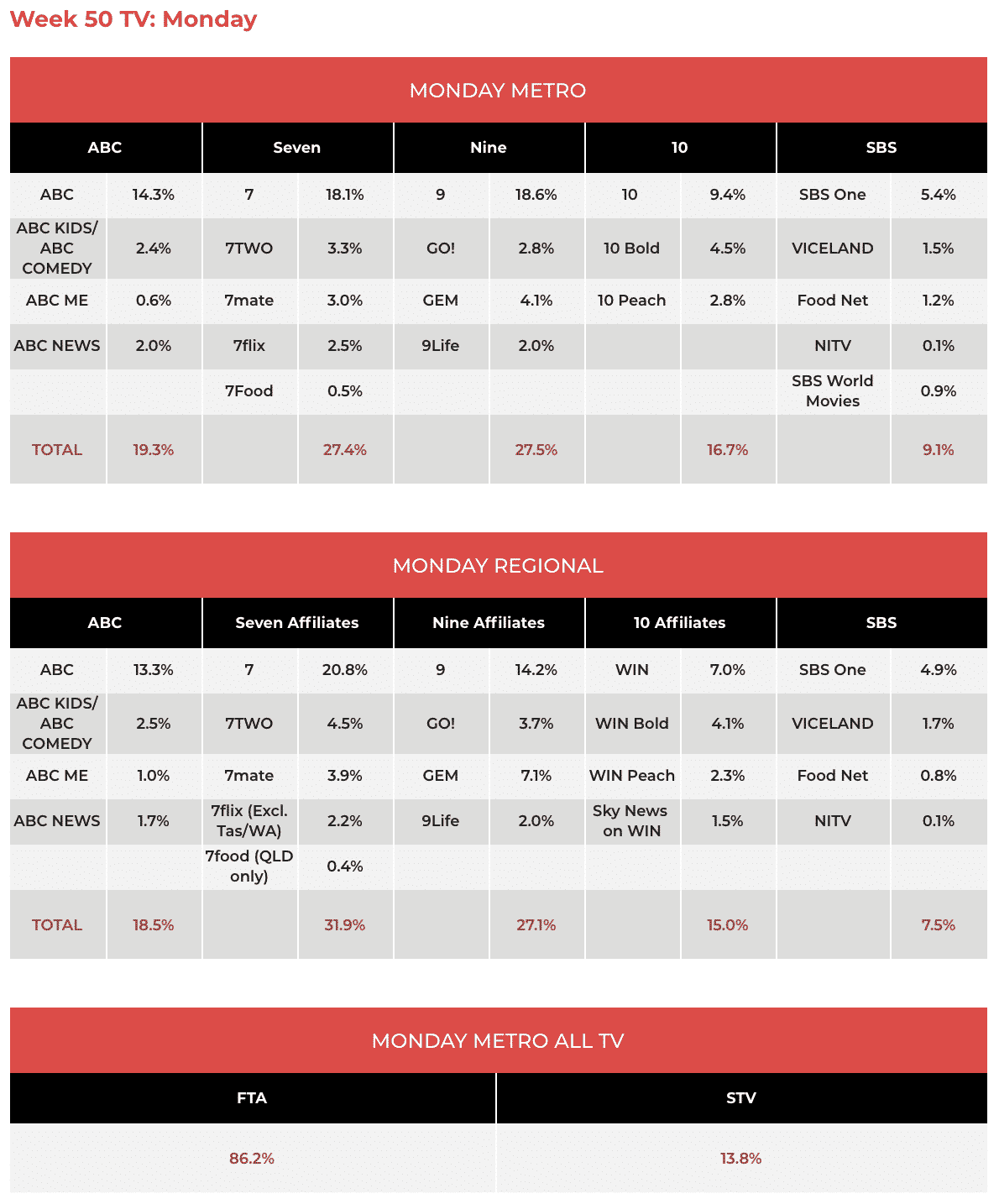 Australian Story had the strongest audience of the three with 561,000 which saw it win its timeslot.

Media Watch ended the year on 426,000 with one of its items wondering how magazine publishers get away with continually publishing fabricated stories with bogus headlines.

The final Q&A to be regularly hosted by Tony Jones did 341,000 with Jones revealing he would return occasionally to the program. Hamish Macdonald will be in the hosting chair when it returns in 2020.

Seven’s best after the News was Better Homes & Gardens – Countdown to Christmas on 452,000.

Nine won the night thanks again News and A Current Affair on 759,000. Leila McKinnon was hosting the latter which included Christmas classics like noisy neighbours and a Christmas ham buying guide.

10’s best was The Project just over 409,000 with Em Rusciano doing her best to shock Steve Price. 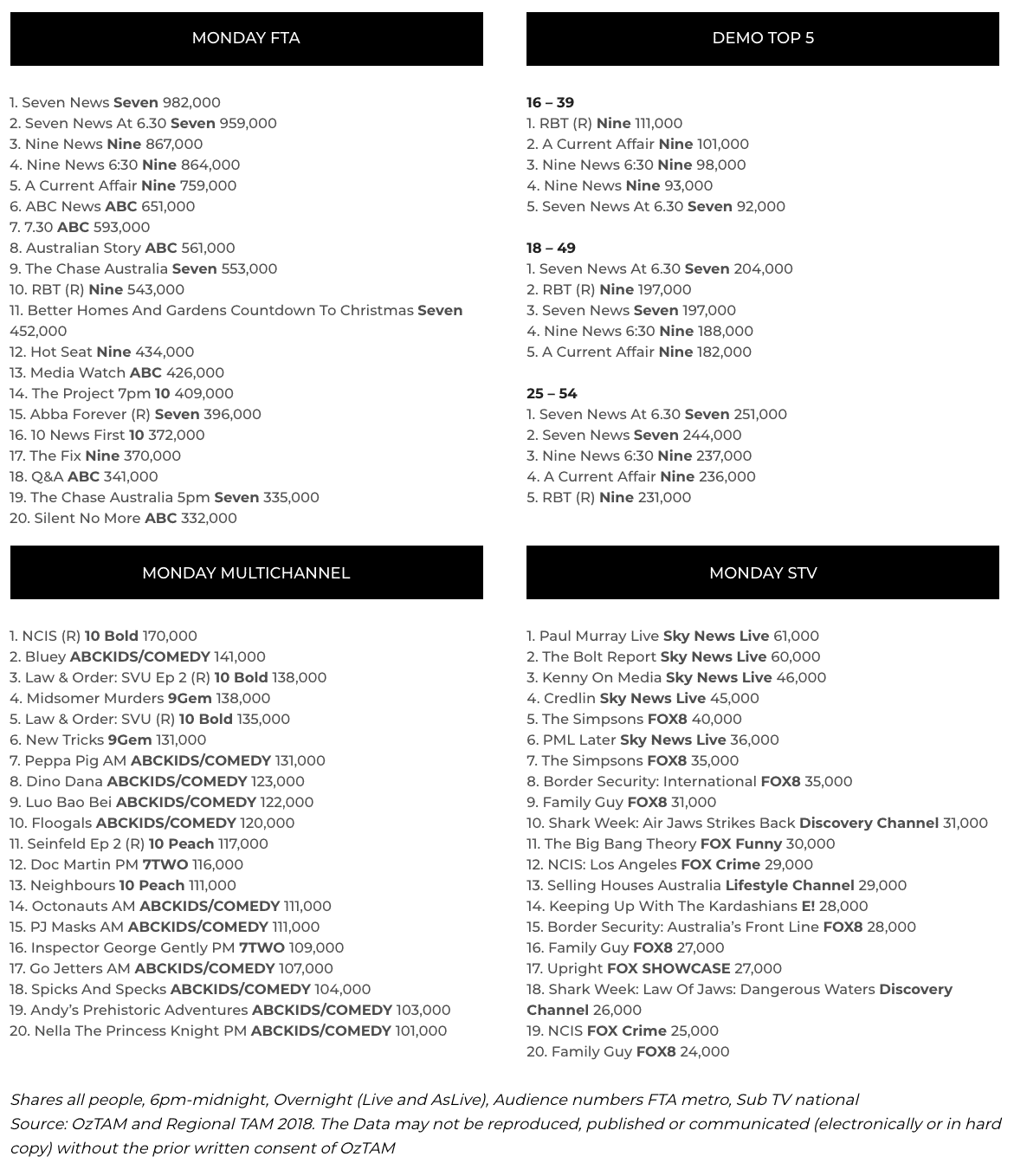