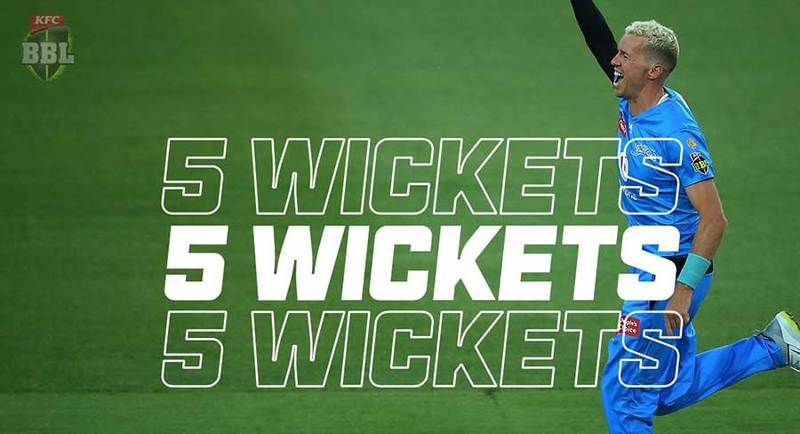 • Cricket the only non-news programming in the top 10 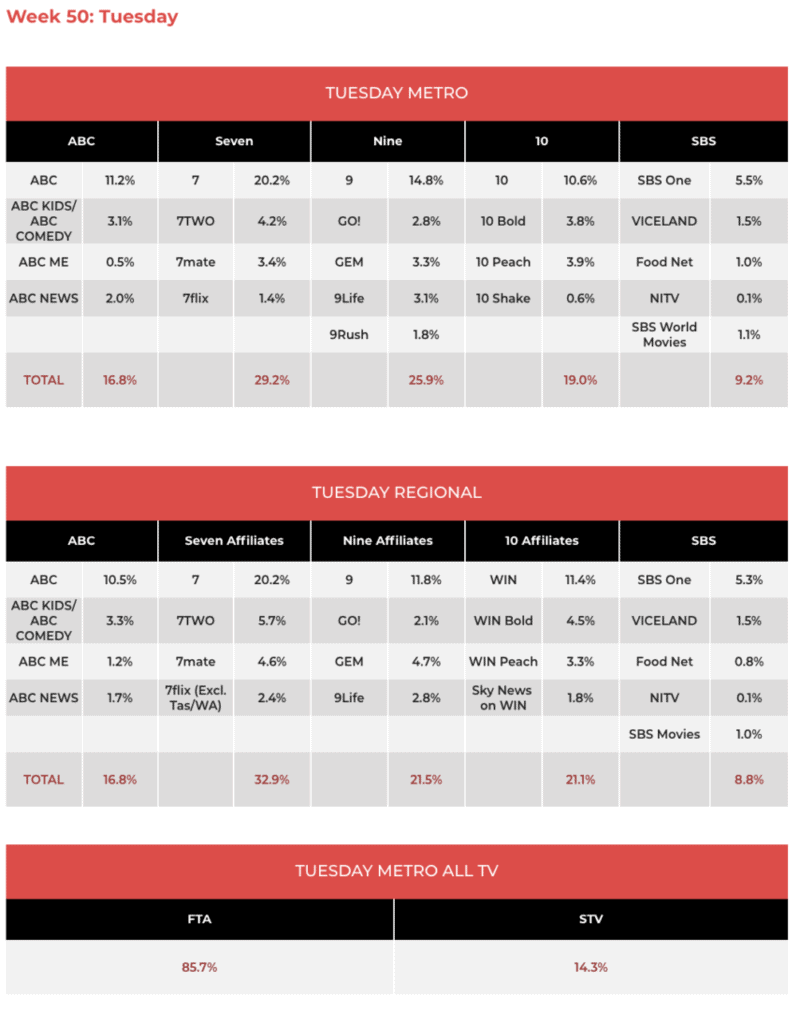 The Tuesday Big Bash League clash between the Adelaide Strikers and Hobart Hurricanes lacked the dramatic finish the audience saw on Monday night. The cricket had an audience of 431,000 watching the first innings and 436,000 the second. However, it was still an enthralling game that ultimately saw the Strikers win off the back of a good innings from captain Alex Carey after a memorable bowling display from veteran Peter Siddle. 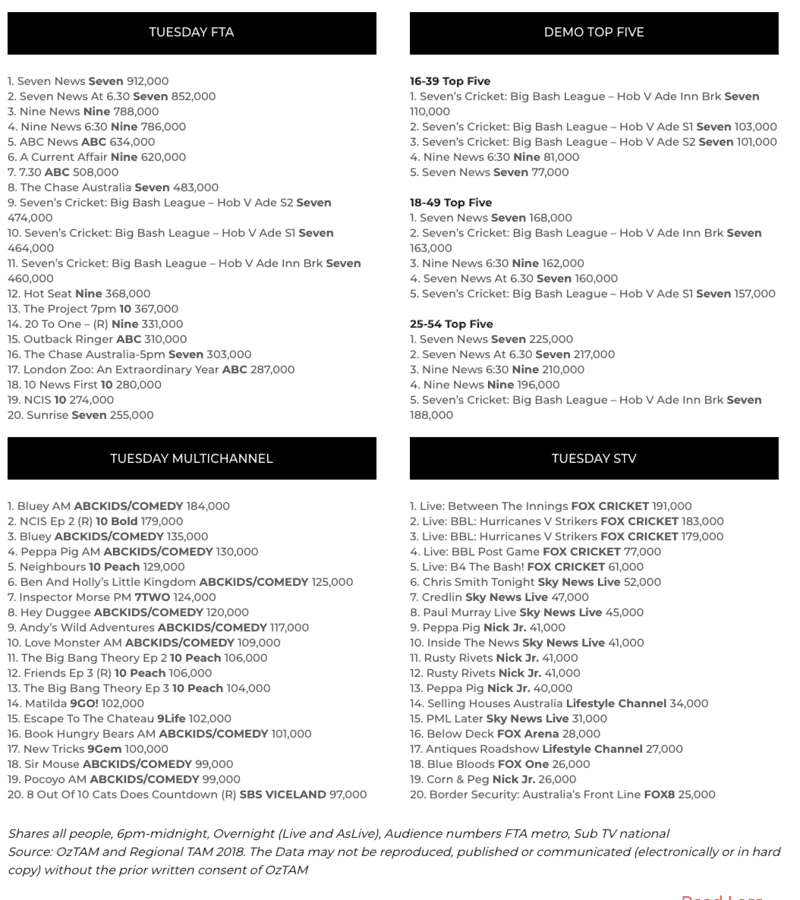