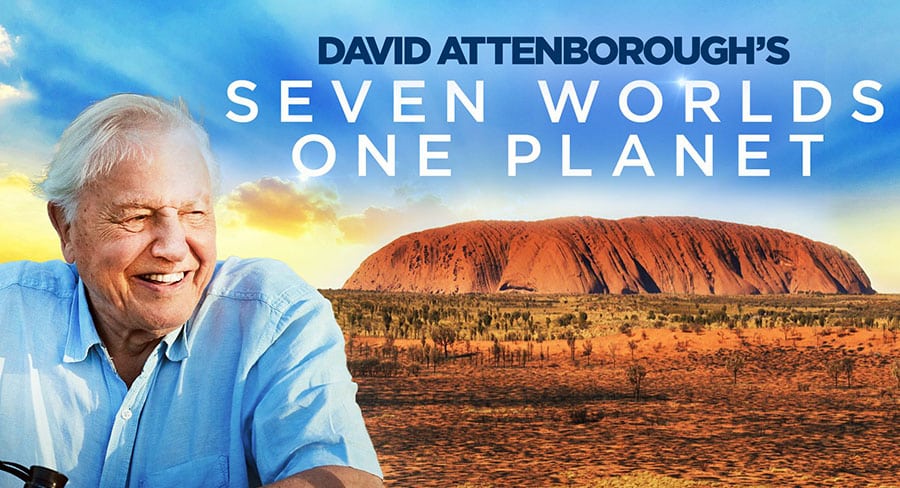 • The final episode of David Attenborough Seven Worlds, One Planet looked at the challenges facing Africa. 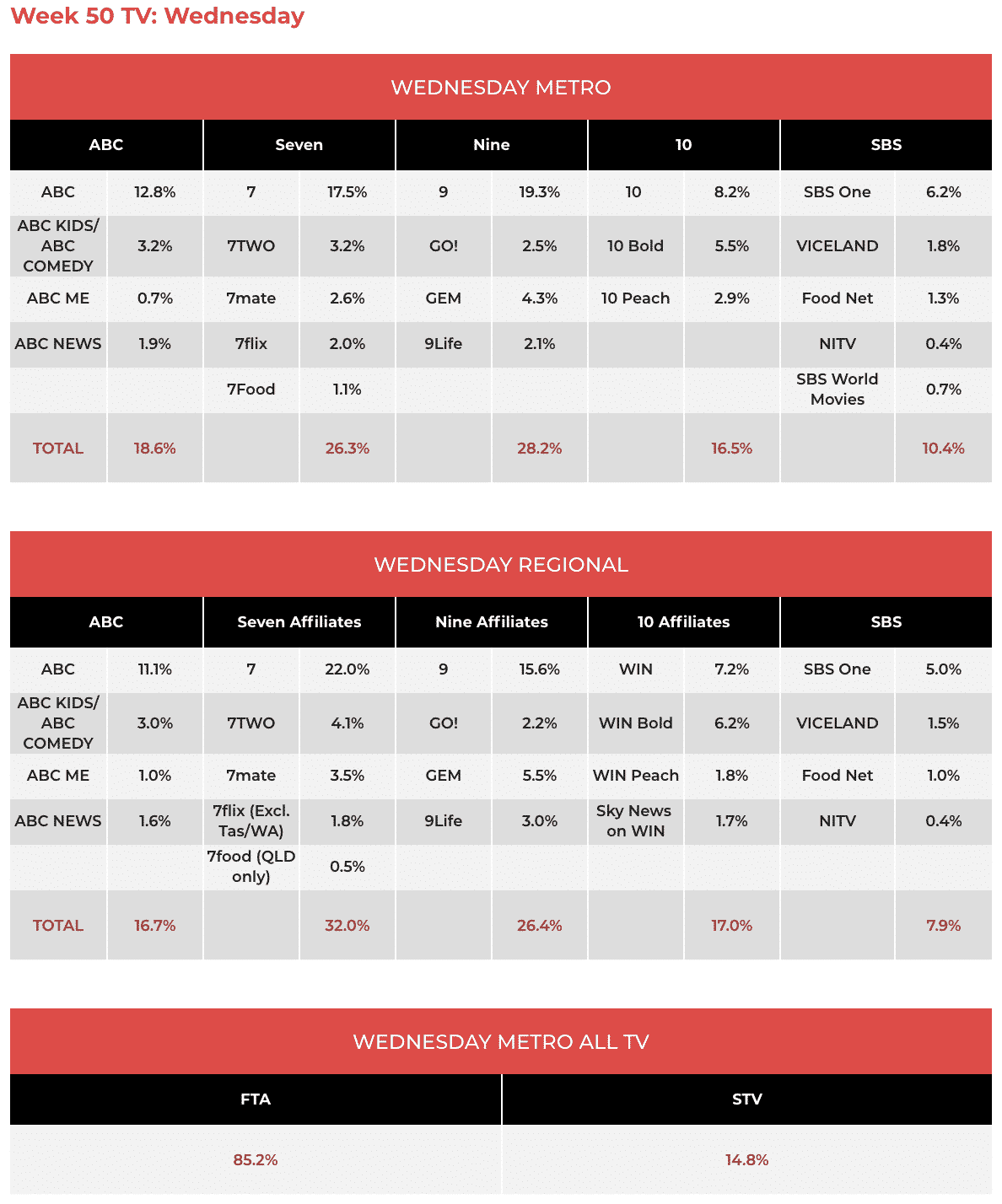 The final episode of David Attenborough Seven Worlds, One Planet looked at the challenges facing Africa. The audience of 503,000 saw the episode win its timeslot and help lead Nine to a midweek win. The second episode of Desert Vet followed on 324,000.

The final episode of season three of The Good Doctor only aired in the US a week ago and it wrapped the season on Seven here last night with 416,000 watching. As a lead-in Seven had 90 minutes of ob docs with Border Patrol on 320,000 from 7-8pm and then Motorbike Cops on 379,000 at 8pm.

A screening of the Tommy Little-hosted 2018 Montreal Comedy Festival then did 195,000.

The final of this season of Home Delivery featured Adam Liaw with 399,000 watching. A Christmas edition of Would I Lie to You then did 390,000.

The final episode of Child Genius Australia was on 200,000 at SBS. It was preceded by Tony Robinson’s World by Rail visiting Japan on 245,000. 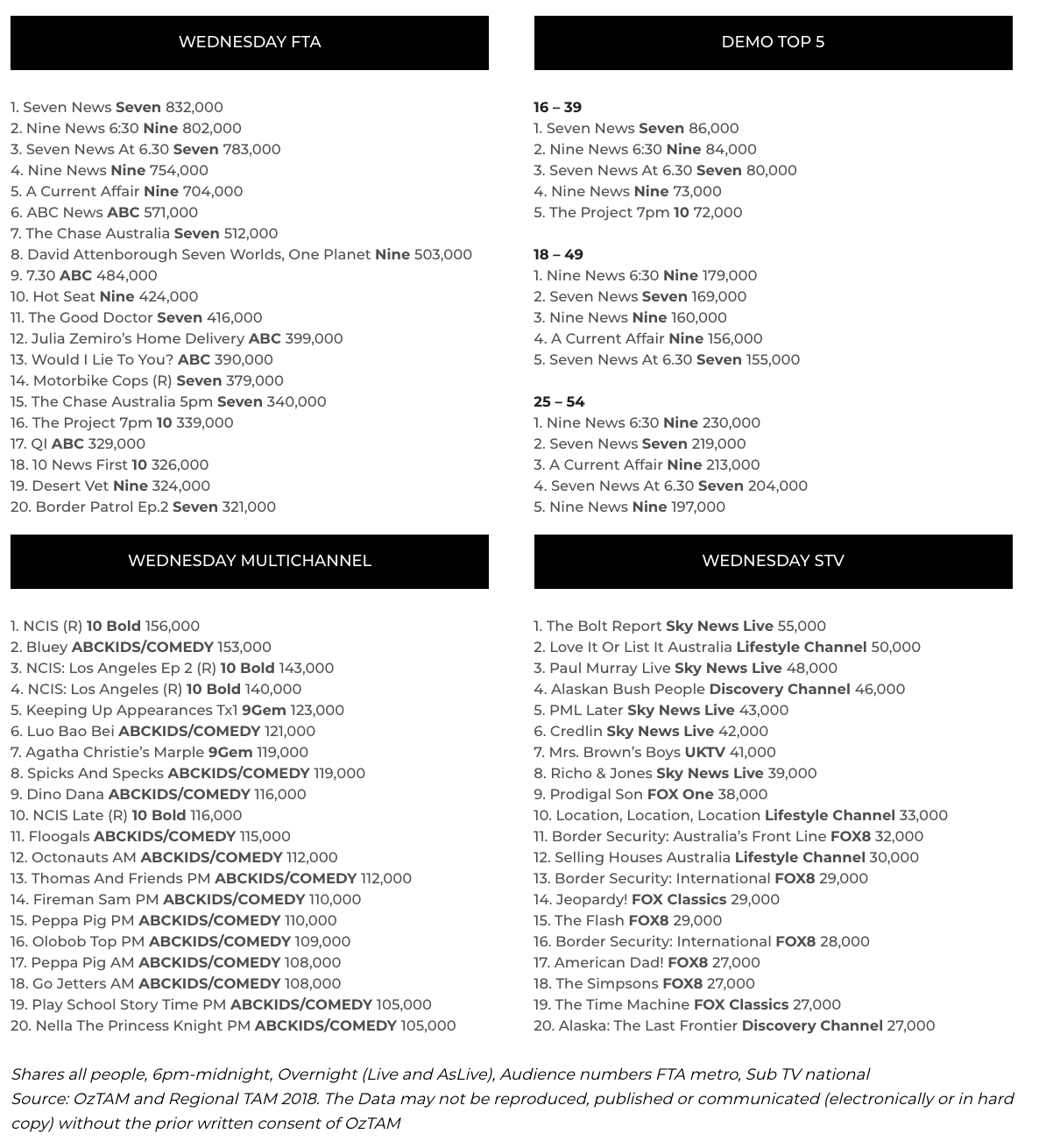