News Corp Australia and Australia Post have honoured the Editor’s Choice medallists in the 2019 National Pride of Australia Awards, and also celebrated the heroism and courage of the nation’s frontline firefighters.

News Corp Australia’s community ambassador, Penny Fowler, announced that a special Pride of Australia Award had been created to honour fire services organisations from across the country.

“We want to acknowledge the extreme risk faced by our emergency services and the sacrifices they have made,” she said at a function in Sydney on Wednesday. The Awards were presented at a breakfast hosted by 7News Sydney anchor Mark Ferguson.

Fowler added: “It has already been a tough season across most of the country, and summer has only just begun. We thought it was timely and important to acknowledge the great service these organisations provide to help keep our communities safe.”

News Corp Australia has pledged a $50,000 donation to assist people and communities in bushfire affected areas.

After the event, Fowler told Mediaweek:

“The Pride of Australia is a great community initiative. Other things News Corp Australia does includes supporting the Clontarf Foundation helping the education of young Indigenous boys, we are involved in the Ask Izzy homelessness initiative and we support the Murdoch Children’s Research Institute. We also run editorial programs supporting drought relief and bushfires. We support the Shine Awards, supporting regional and rural women, plus Kids News Now as an online trusted news source. As a big corporate, we want to support the community we service and live in. Being a good corporate citizen is something we are very passionate about.”

In addition to her role as community ambassador, Fowler is also chairman of The Herald & Weekly Times and chairman of The Good Friday Appeal for the Royal Children’s Hospital in Melbourne. The latter is a year-round appeal and $18m was raised this year.

Fowler said she gets great support from News Corp Australia editors. “In my role I do get to travel around the country and meet with all the staff from editors to photographers and journalists.”

As chairman of the HWT, News Corp’s Victorian publishing business based around the Herald Sun, Fowler said it is in good hands with Peter Blunden [MD editorial] and Peter Zavecz [MD publishing]. “They are both really good executives – Peter Zavecz is very experienced and has great relationships. Peter Blunden is unbelievable and has been in Victoria for around 25 years and he knows everybody. I love working with both of them.”

Fowler told Mediaweek: “I have been given an amazing opportunity by Rupert as chairman, being able to follow in the footsteps of my grandfather and mother. From that opportunity I’ve been given a lot of other opportunities.” (Fowler is the daughter of Janet Calvert-Jones, a former HWT director who is the sister of Rupert Murdoch.)

Although Fowler doesn’t mind a day in her office at HWT in Melbourne, she doesn’t get too many uninterrupted days. Her other duties include the boards of the Australian Ballet, National Portrait Gallery, Royal Botanic Gardens of Victoria, Tourism Australia plus roles on advisory boards for Bank of Melbourne and Visy Industries and Pratt Industries USA.

Fowler’s uncle Geoff Handbury only recently passed away and all the Australian family attended the funeral last weekend.

“Because of my roles I do get to spend time with the wider family including time with Rupert, Lachlan and my cousins. Lachlan was just here last week which was lovely.”

Fowler is also involved in Cruden Farm, the property her grandmother Dame Elisabeth Murdoch left in a charitable trust for public recreation when she dies seven years ago. “We are still working out how to best turn it into a public space. We already have lots of visitors via garden tours etc.”

Fowler has five children, and she explained to Mediaweek that none of them have gone into media. They work in law, the environment, food and real estate, plus one is still studying.

The Pride of Australia Awards were inspired by the New York Post’s Liberty Medal, established following the September 11 terror attacks.

Since News Corp Australia launched the awards in 2005 about 700 Australians, chosen from among tens of thousands of nominees, have been honoured. 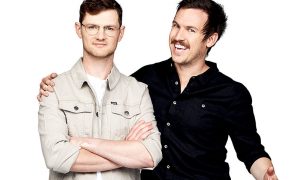 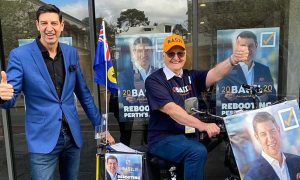