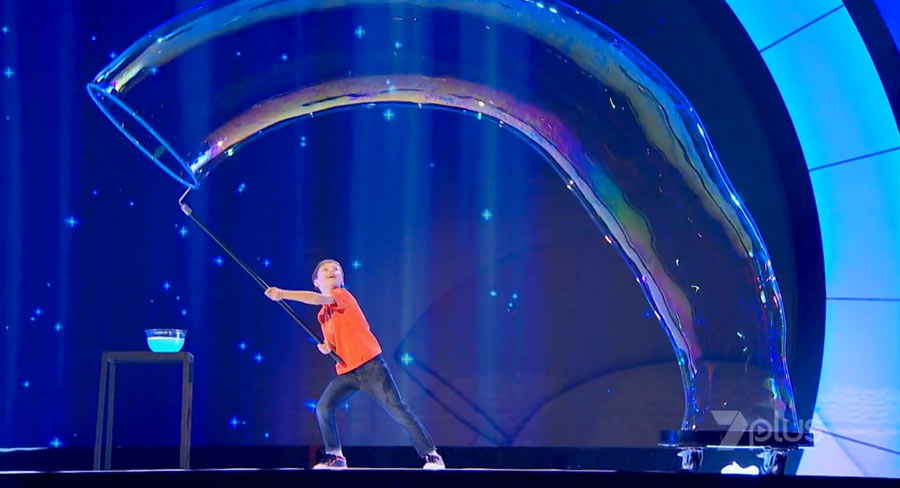 • The Block is back: Season 14 on 1m+ for Gatwick transformation
• Solid returns for Seven’s Little Big Shots & TEN’s Russell Coight Little Big Shots returned to the Seven schedule with 963,000 tuning in for the second season. That’s well short of the 1.67m watching last year and is a year-on-year audience dip of Ninja Warrior proportions.

Crime Investigation Australia then did 253,000. Interestingly, at that time of night there were more people watching the 7mate movie The Martian. The 2015 Matt Damon sci-fi film gave 7mate its biggest share since May.

Key to that victory of course was the return of The Block. The series copped a hammering on Fairfax Media yesterday, despite a partnership Nine has with Domain, which called the new series “hard to stomach”, adding “this display of greed is grotesque”. The scenes of the completed units indicate there is some impressive reno work happening this year. The Block doesn’t have too many amateurs: A builder and a nurse, a construction manager, another builder and a radio host, two netballers and a Perth pilot and a flight attendant who have a little reno experience. The contestants were chosen from a record 45,000 couples who applied for this season. Scott Cam’s first challenge for the 2018 team was a 48-hour makeover of a kids room. The winning team get to choose its apartment in The Gatwick.

Osher Günsberg was the special guest on The Sunday Project talking about his book. Andrew Rochford asked him about revealing his salary – he earned $1m at one stage – and he told another panellist Meshel Laurie that she is in the book. The episode also featured the Parma For A Farmer fundraiser with the show getting behind the initiative and next Friday being called National Parma For A Farmer Day. The return of Russell Coight’s All Aussie Adventures then got the 7.30pm slot with a 30-minute episode. The program returned with 881,000, ranking #2 for the night 25-54 behind The Block. A Coight media blitz in the past week would have kept the program competitive. The numbers were down of course on what it did 15 years ago.

The comedy Street Smart from the Habibs team followed at 8pm but it could only keep 365,000 of the Aussie Adventures’ audience.

It was followed by a repeat The Sugar Conspiracy on 198,000.