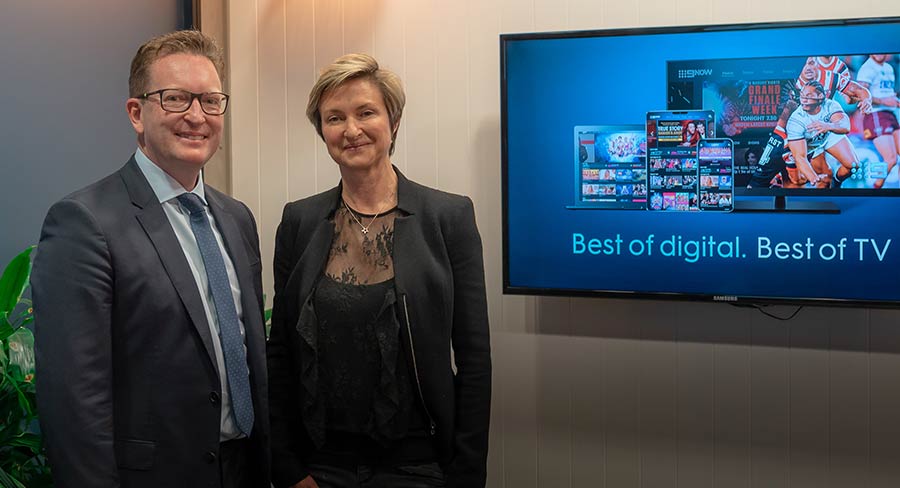 Seven indicated it was puzzled by some of the claims made by Nine about its initiative.

Nine is claiming to be the first Australian broadcaster to launch what it is calling real addressable advertising to the Australian market through 9Now, its broadcast video on demand (BVOD) product.

It is a claim that Seven disputes, noting it has been doing it since October 2017.

In a media preview last Friday and in a market launch in Sydney today, Nine claims it has become the first Australian broadcaster to launch real addressable advertising.

The initial stage of the launch will see Nine work with partners to offer addressable advertising based on age, sex and location through 9Now’s database of more than 6.5 million user IDs.

“Today has been a long time coming,” said Michael Stephenson, Nine’s chief sales officer. “We have long recognised the shift towards identity-based marketing, as part of a broader marketing campaign, and for this reason Nine led the Australian market in requiring consumers to log in to our broadcast video on demand platform, 9Now.

“Over the past two and half years we have built a powerful data asset containing 6.5 million IDs, which has allowed us to be the first media business in Australia to offer addressability at scale in a premium, brand-safe environment.”

Nine’s commercial director, digital sales, Pippa Leary, said the launch was recognition of the appetite in the market for real addressability based on an at-scale database of declared user IDs. She also noted that Nine was one of the only players to have made this leap globally.

“The leap we are making today is a big one not just in Australia but globally,” said Leary. “What we are offering through 9Now is true addressability.”

In a statement on the weekend, Seven indicated it was puzzled by some of the claims made by Nine about its initiative. “The Seven Network launched addressable TV at scale in Australia during the Rugby League World Cup in October 2017,” said a Seven spokesperson.

“We have since delivered addressable TV for hundreds of clients and campaigns through our live streamed network programming, the 2018 Australian Open, Winter Olympics, 2018 Commonwealth Games and every day since.

“We target digital video advertising based on a combination of first party data secured from logged-in and verified 7plus users who opt in currently through our web and mobile OTT platforms and soon on connected TVs, alongside premium second and third party data partnerships including TEG and Quantium.

“We are excited by the potential that addressable TV advertising has for the whole TV industry and expect this and other industry innovations to continue to grow the market. And we’re looking forward to the ongoing evolution of TV across broadcast, hybrid TV and BVOD and the accompanying benefits to brand and advertisers.”

Nine and Seven have differing strategies regarding their approach to streaming and on-demand viewing. Nine makes a login mandatory, while Seven makes it optional.

That gives Nine a bigger registered audience. However, Seven has indicated Nielsen data shows both 9Now and 7plus have similar monthly audiences.

9Now has been in the marketplace longer, with 7plus a newer product after it was launched following Seven’s decision to move on from Yahoo7. “The market knows how Nine has led the way in building a powerful video asset through shows like Married at First Sight and Love Island Australia, which both broke BVOD records, and this is now the logical extension of the journey we have been on.”

Nine noted Married at First Sight was the first reality show on BVOD to achieve a VPM rating of 300,000 for some of its infamous dinner party episodes, while Love Island Australia targeted new audiences in the 16-39 demographic, which saw very different consumption habits. More than 10% of the TV audience live-streamed the show on 9Now for some episodes, and more than half the Love Island audience coming from BVOD.

“The BVOD market is growing faster than any other media channel and 9Now is the market leader,” said Stephenson. “We were the first to require user logins from consumers because we knew they would be central to our future.