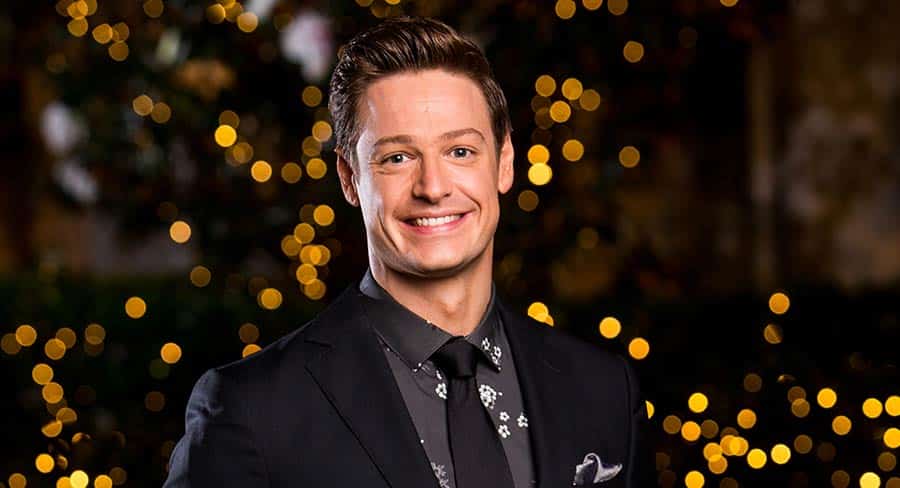 • Cricket and NRL action push Nine well ahead of competition

• Gogglebox returns with verdicts on The Bach, SeaChange & AGT Viewers in Sydney and Brisbane saw Martin Clunes: Islands Of America at 8.30pm with 95,000 watching.

The rain stopped long enough in London for a full day’s play so the Second Ashes Test could get underway. The action started on 9Gem in Sydney and Brisbane, on Nine in other markets. The first session had an audience of 724,000 with 333,000 up after midnight for the second session.

The Bachelor had another good night as controversy surrounding the use of the C-word dominated media coverage. The audience of 742,000 gave 10 its biggest Thursday number of the year – even better than any MasterChef Thursday episodes. The program was again #1 non-news show of the night.

The year’s second season of Gogglebox began with verdicts on the latest returning shows including The Bachelor, SeaChange and a longish segment on AGT. The TV critics also got to watch a compelling episode of Anh’s Brush With Fame featuring Kylie Kwong. Googlebox recorded an audience of 704,000, up 17% on the series launch episode earlier in 2019. The combo of The Bachelor and Gogglebox also gave 10 the two most-watched entertainment shows.

The Bachelor had a great night with an audience of 783,000 making it the best this season. The show also ranked #1 non-news for the night and outrated The Block.

Escape From The City ventured into the Northern Rivers area of NSW with 364,000.

A repeat of the series Little Women then started on 126,000.

The channel’s biggest audience was again for the penultimate episode of The Hunting with 187,000. 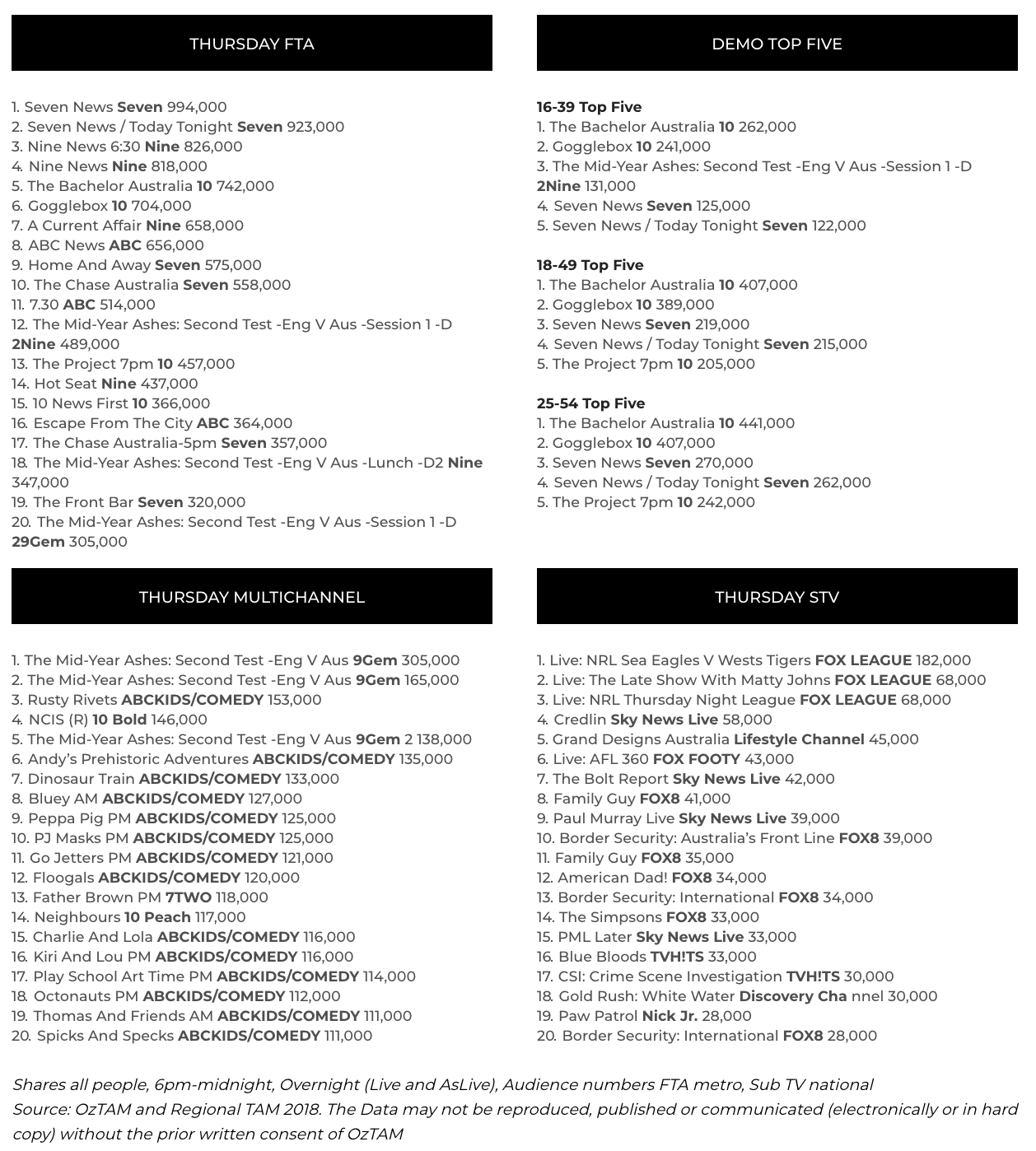