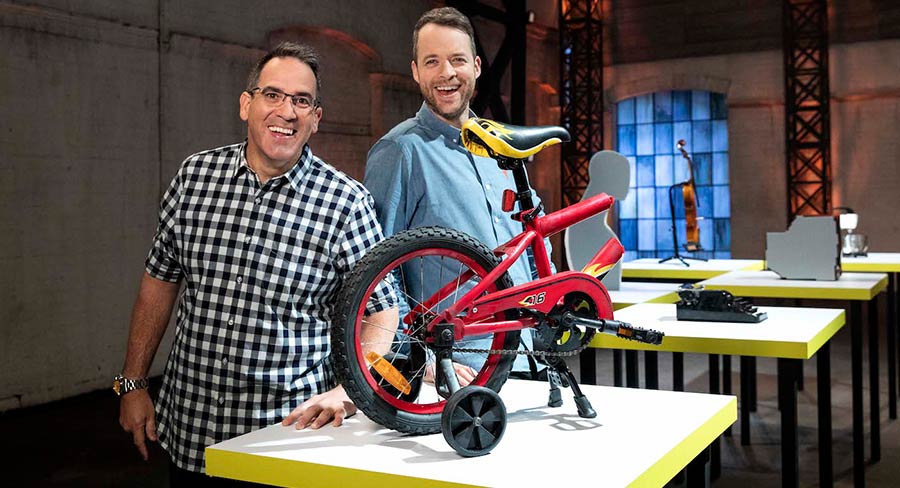 MasterChef Australia: We have our 24 contestants, now game on House Rules was down again for a second night as the competitors renovate their first property this season. The ratings have been on a wild ride this week with the season launching on 782,000 on Sunday, which turned into 561,000 Monday but then slipped further to 550,000 on Tuesday.

The second episode of Interview this season featured Andrew Denton with Casey Donovan. After launching with 537,000 last week, episode two did 481,000.

The evening share was Seven’s lowest Tuesday number since January.

The channel must be pretty happy with its Q2 start with the job done by Lego Masters at the end of its first week.

After taking its foot off the gas across Easter, Nine has roared back into first place as Lego Masters attracted its third consecutive 1m+ audience.

Earlier in the night Nine continued to get mileage from its Al Jazeera tapes with Pauline Hanson facing Tracy Grimshaw on A Current Affair which saw the audience climb to 855,000 after 782,000 on Monday.

An episode of The Big Bang Theory then did a solid 599,000 in a much later timeslot.

Nine then launched the US sci-fi drama Timeless with 332,000 watching.

Rob Thomas, the first ever international guest on The Project, returned to the program last night. Also on were The Veronicas and the very funny New Zealander Guy Montgomery. The program did 481,00 after 7pm after 508,000 on Monday.

The second episode of MasterChef Australia selected the final six competitors, which rounded out the 24, which start the competition in earnest tonight. After launching with 715,000, episode two did 678,000.

The channel then screened the third-last episode of Bachelor In Paradise to 440,000.

A repeat screening of Joana Lumley’s wonderful Silk Road Adventure then kept the audience at 334,000.

Scott Cam was on at 7.30pm, but it wasn’t an episode of The Block. Instead he was the special guest on the first episode of the new season of Who Do You Think You Are? The show pushed into the top 20 with 391,000 watching.

The combo delivered SBS its best share since mid-February and its best Tuesday since January.