• Harry dumped from MasterChef, at least big crowd said goodbye
• The Project makes it over 700,000 for second time this month
• Seven ranks #1 all people as Nine share drops without Lego build 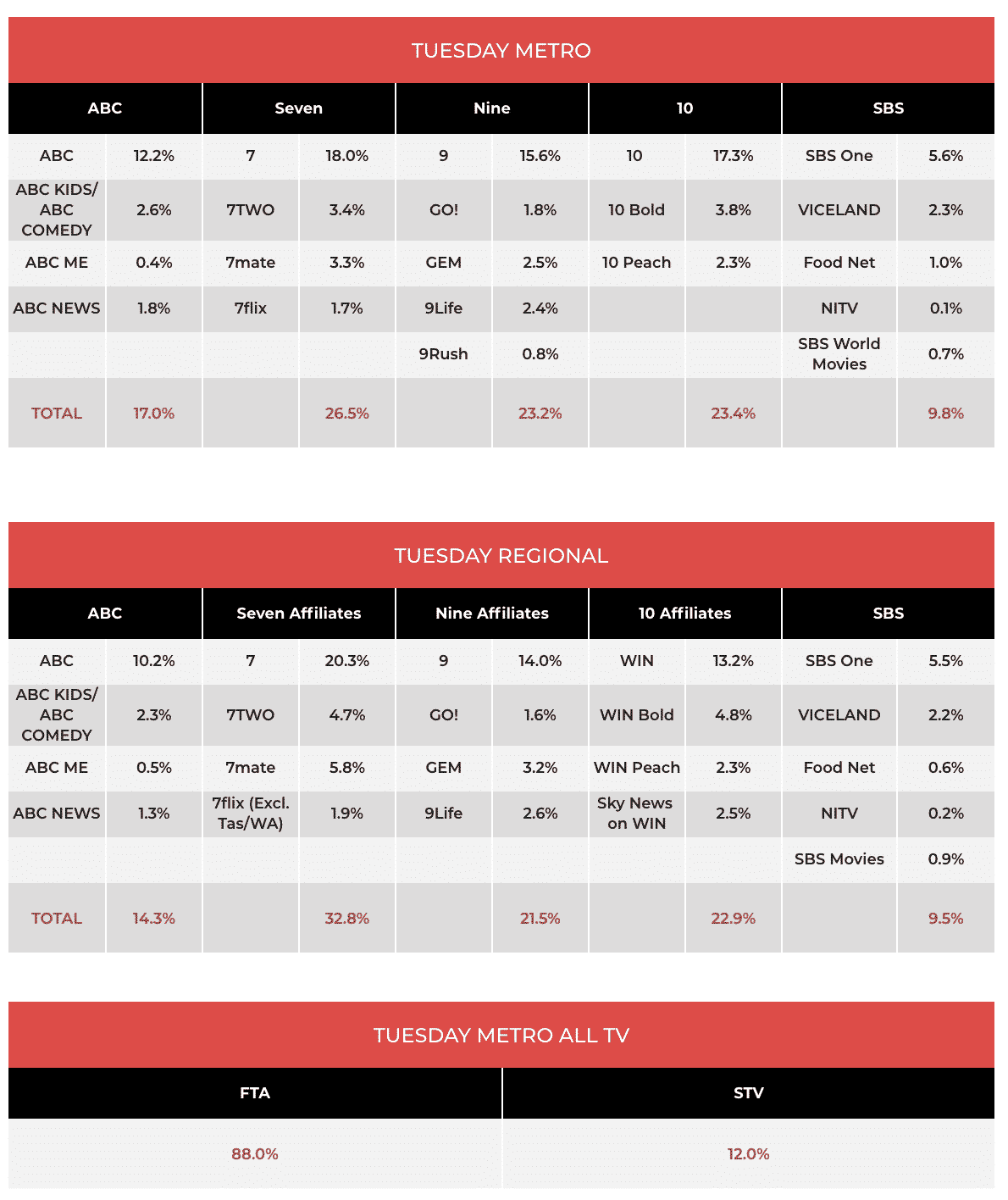 Nine: There is no starker reminder of what a share of audience looks like without a 7.30pm reality franchise in the schedule than Nine’s Tuesday share. The channel had not dipped below 20% on any Tuesday survey night so far until last night when it dropped like a brick to 15.6%.
Instead of Lego Masters, the channel chose to start a repeat of Hamish & Andy’s “Perfect” Holiday. The duo usually deliver ratings magic in primetime, but only 299,000 watched a repeat of their 2019 series.
Nine then showed the 2016 movie Central Intelligence to 254,000.
Earlier in the night A Current Affair was on 782,000.

10: The Project was on fire last night – was there a big name guest, or maybe just because Fitzy was guesting at the remote desk? The audience of 710,000 was amongst its biggest for several years after 7pm and the second time the show had hit 700,000 this month.
There was plenty to argue about with the MasterChef judges last night, but a bit of controversy can’t be bad for ratings. And it certainly wasn’t with 1,090,000 tuning in, well up on last week’s 908,000 on Tuesday. In a six-way contest to decide the next elimination, the judges chose Hayden’s Violet Crumble adaption against Harry’s poached southern rock lobster tail with coral cream, along with langoustine, pickled sea herbs, pickled wakame, fresh wakame, dried nori, dashi glaze, apple and fresh herbs. No way! Harry was rightly chosen in the bottom two against some other brilliant cooking – including Poh again living on the edge. But after the show it was Hayden who dodged a bullet big time.
The channel had its best Tuesday survey share of the year and its second best Tuesday in any week this year.

SBS: Michael Portillo and Marc Fennell guided the channel through primetime. Great Canadian Railway Journeys did an impressive 352,000 to squeeze into the top 20.
Marc Fennell did double duty, firstly hosting Insight with 171,000 watching and then returning at 10pm on The Feed. In between those two shows Dateline did 106,000. 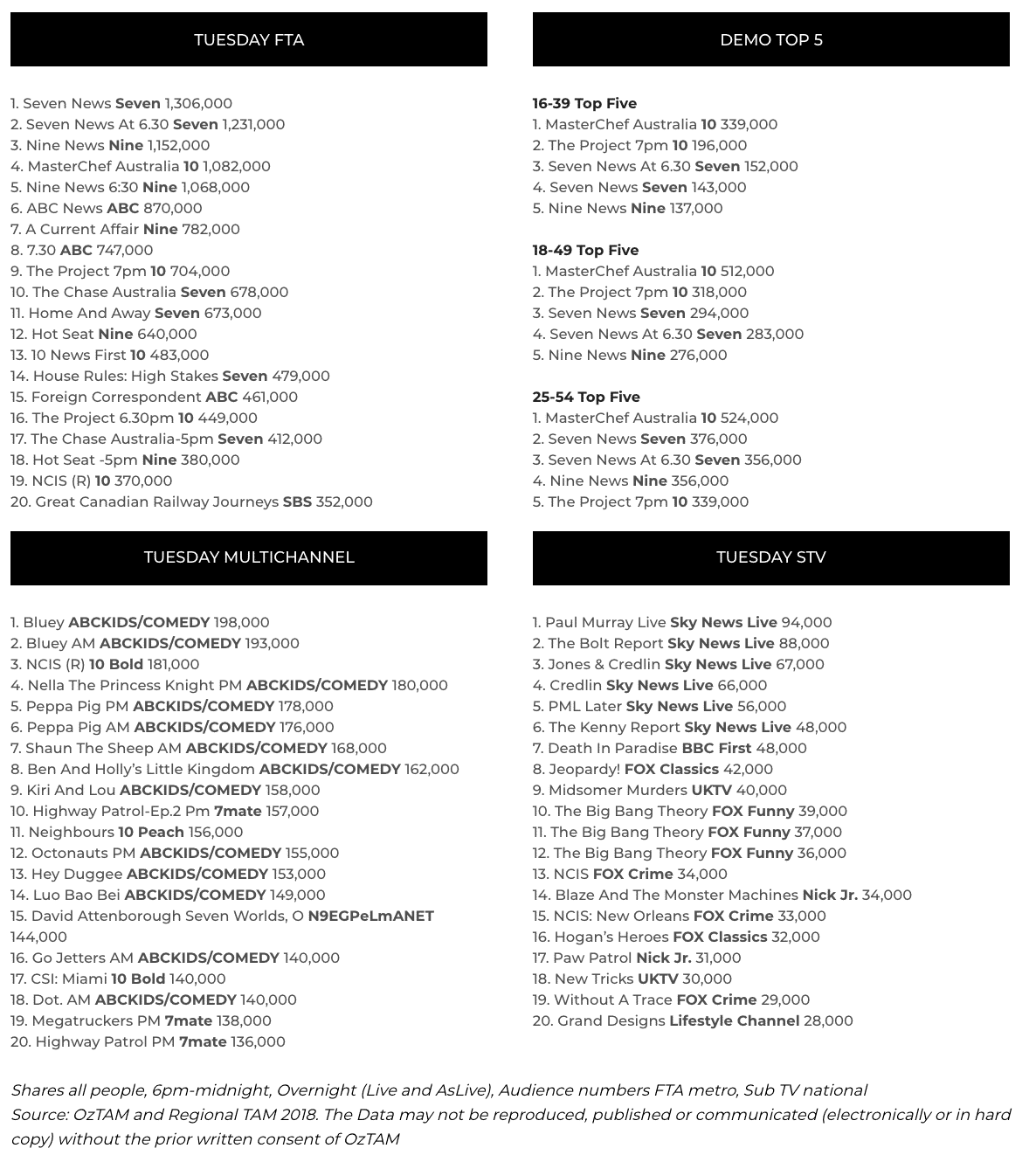