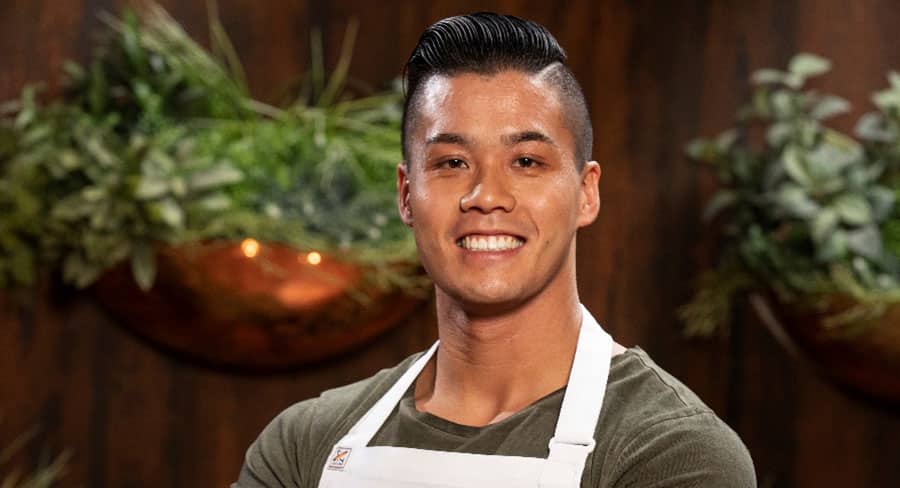 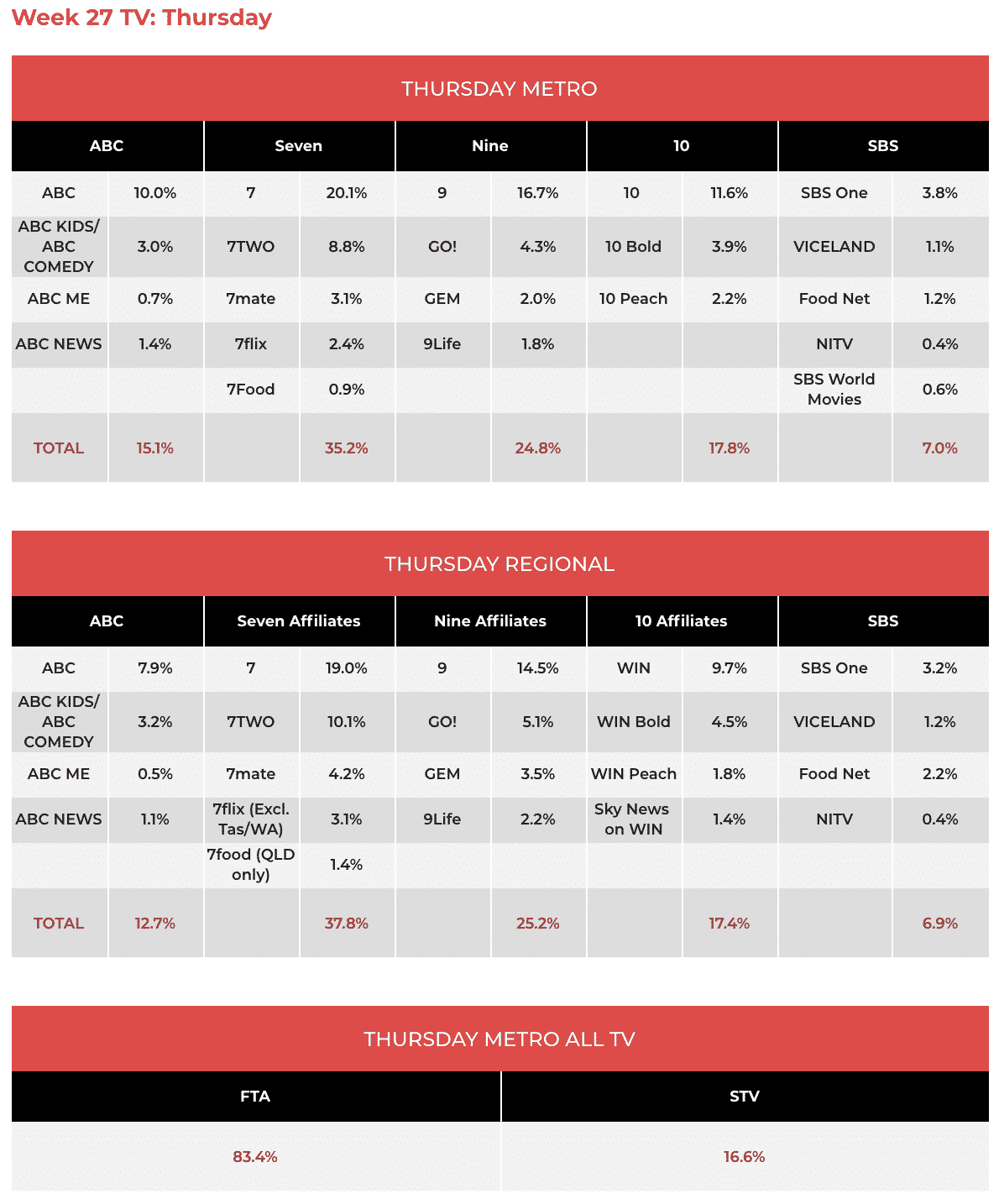 Game, set and match to Seven in demos plus channel and network shares in almost every market.

On 7TWO the day four Wimbledon audience was 311,000 with 7TWO’s primetime share on 6.0%. Ash Barty didn’t take up too much of the schedule as she blitzed her round two opponent.

The channel’s best performance was in Sydney where it managed a primary channel win as the Melbourne Storm won. However the tennis helped Seven to a combined channel share win in Sydney and all other markets.

A Current Affair celebrated Australia’s role in the moon landing and then looked at congestion at Noosa. The audience dropped well below 700,000 with 658,000 watching.

The Project featured Logie-winning Luke McGregor. It would have been the program’s highlight, except he was preceded on air by a pig who took over a live cross! The episode did 433,000.

There is just seven left on MasterChef now after a tough night for Derek Lau who was eliminated. Despite the concern from the judges about the complexity of his dish, Derek attempted to use quail eggs in tortellini with a smoked egg and a caramelised onion emulsion.

With 30 minutes left on the clock, Derek strained his ricotta, rolled his pasta and carefully cracked his first egg.

It all began to fall apart when the egg broke as he folded it through the pasta, leaving Derek with no choice but to prepare ravioli as his tortellini creation failed to work. The audience for the Thursday episode was 606,000 after 626,000 a week ago.

Escape From The City was in the Gold Coast hinterland last night with 410,000 watching.

The British TV police drama No Offence then returned with 202,000.

It was preceded by two episodes of The Great House Revival on 127,000. 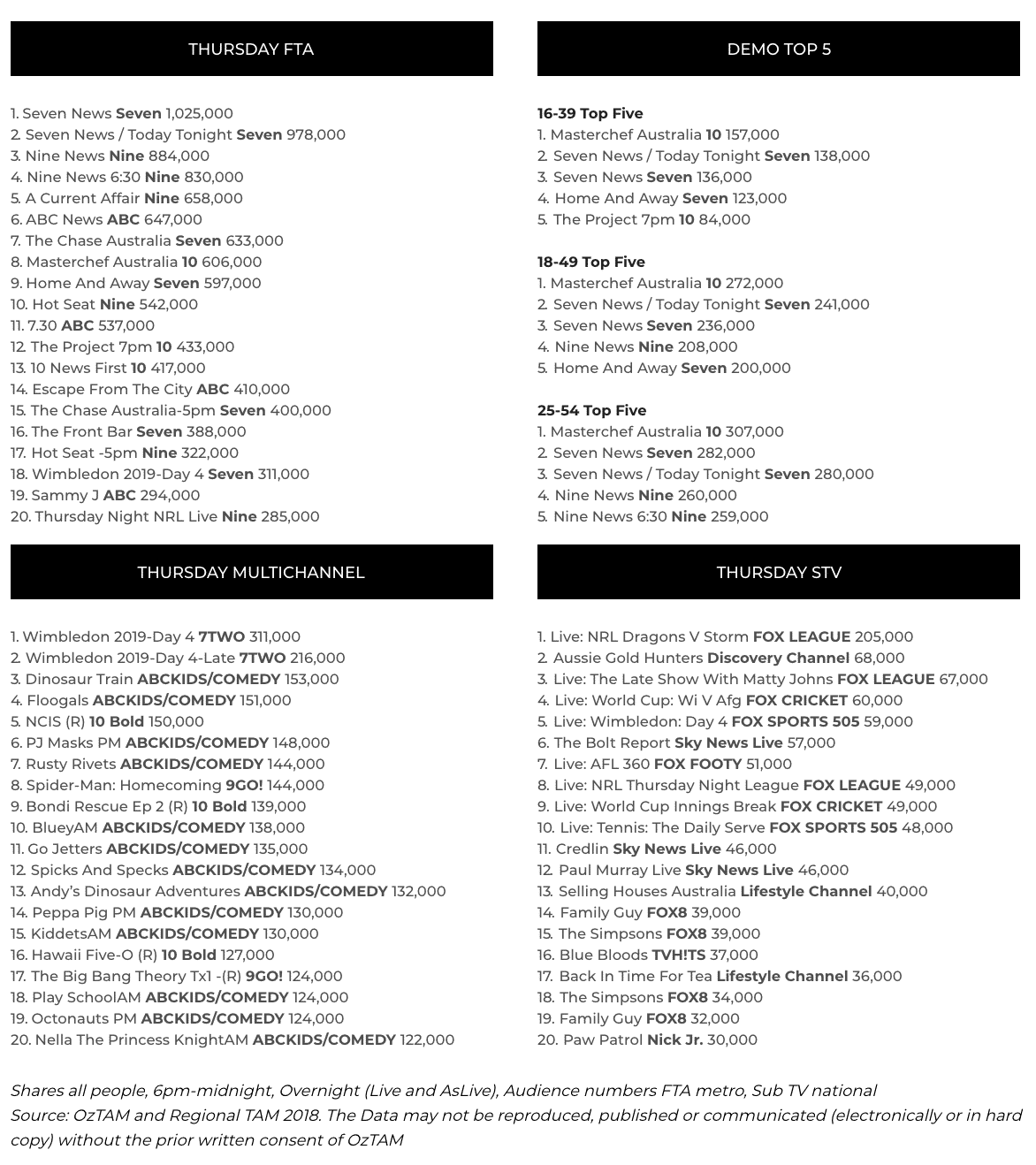