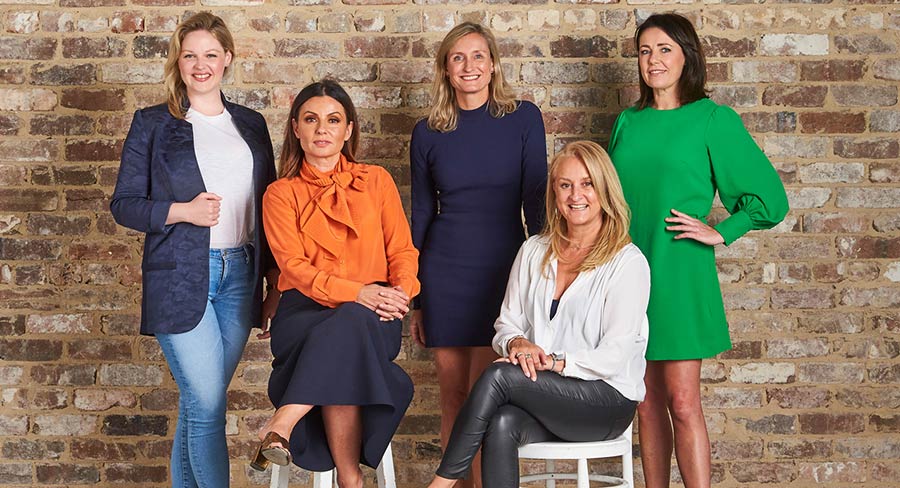 Bauer back in black: Cost-cutting key to magazines making a profit

A big push to cut costs across editorial, marketing and advertising has led Bauer Media’s Australian business back to profitability, reports The Australian’s Lilly Vitorovich.

The company, which publishes magazines including The Australian Women’s Weekly and Woman’s Day, swung to a net profit of $6.3 million for the year to December 31, despite a 13.7 per cent drop in revenue to $224.3m, according to its 2018 financial report, which was lodged with corporate regulator ASIC on Wednesday.

Nine Entertainment is overhauling its news website, resulting in a handful of redundancies, in a bid to get more value out of its extensive publishing operations, reports The Australian’s Lilly Vitorovich.

Nine digital editorial director Kerri Elstub has told staff that the company was making some changes to nine.com.au’s “structure and focus”.

“We need to better reflect our TV counterparts in the key pillars of news, sport, entertainment and lifestyle, as well as leveraging Nine’s powerful brands,” Elstub said in an email to staff.

Under the changes, the group will be “streamlining and simplifying our brands to ensure clarity to the millions of Australians who read our site every month”.

Dentsu said the acquisition of Davanti, which has 125 staff across Auckland and Wellington as well as a recently-established Australian office, will boost its “technology consulting and salesforce capability” in New Zealand.

The business will fall under Dentsu’s digital agency, Isobar Group, and be rebranded as Davanti, Linked by Isobar across Australia and New Zealand. It will be led by current chief executive Justin Hamilton.

The Courier-Mail this week has been marking 30 years since the Fitzgerald report into police corruption was handed down, one of the biggest upheavals in the state’s police and political histories. 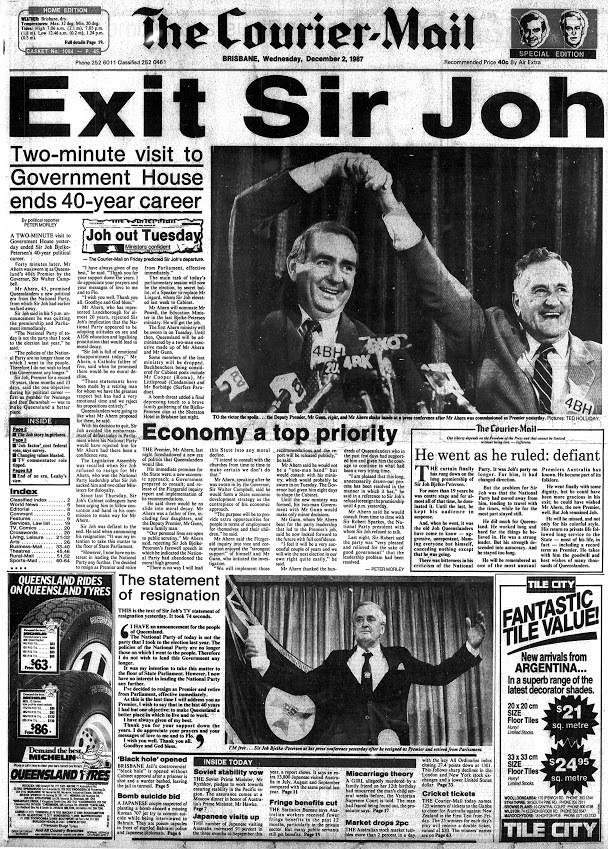 The inquiry into police corruption was instigated by media reporting, led by The Courier-Mail in 1987, which led to the resignation of long-serving premier Sir Joh Bjelke-Petersen and the jailing of many figures, including police commissioner Terry Lewis. The week-long commemoration has included revelations from exclusive interviews with Lewis, who was the most senior official to be jailed. The series also looks at where the key players of the Inquiry now are, the figures who slipped through the net and how it shaped the modern Queensland Police Service and the state’s politics. 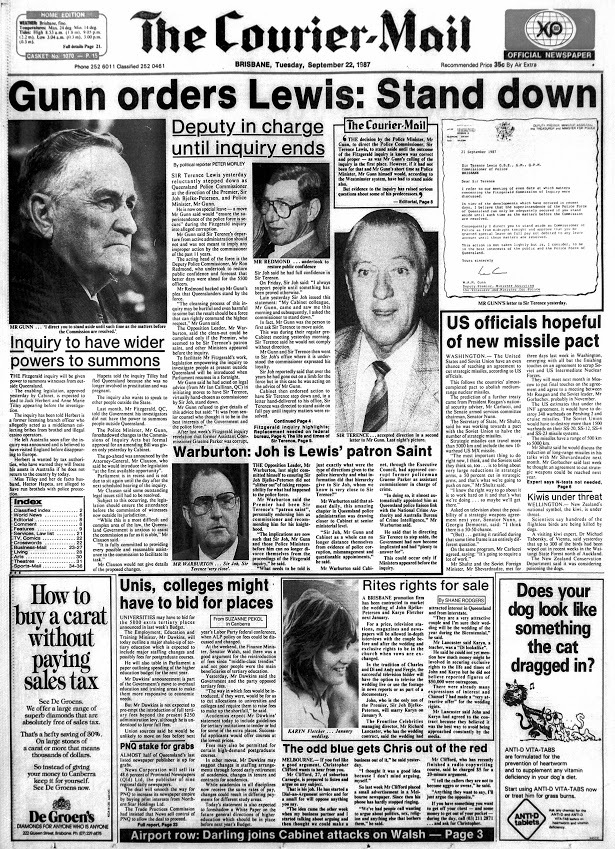 The Courier-Mail editor Sam Weir said: “What started as old-fashioned shoe leather reporting in an era well before mobile phones, led to one of Australia’s biggest investigative journalism successes.

“Exposing the truth is central to what we do every day and it is a worthy time to mark the efforts of journalists to improve society for all.”

The human headline Derryn Hinch is back with Sky News program

Derryn Hinch, involuntarily retired senator, returned to television as a journalist on Thursday night – and on the face of it this was a good thing for Sky News, reports The Age’s Neil McMahon.

“As I was saying before I was rudely interrupted…,” Hinch joked on the relaunch of his TV career, summoning a history in the Australian news media that has few if any comparisons, for better and worse.

Behold. Amid the shouty festival of carnival barkers, loitering bigots with nowhere else to go and party hacks masquerading as current affairs hosts on Sky After Dark – SAD, for those who like to keep it brief or turned off all together – here was an actual journalist.

On his debut outing, there was Centre Alliance Senator Stirling Griff, talking the day’s events. He would have been fodder for the old Hinch. Now he was a former colleague. They yucked it up, chuckling about the senate crossbench of the previous Federal Parliament.

Mad magazine, the satirical publication famous for asking, “What, me worry?” and its gap-toothed, big-eared mascot Alfred E. Neuman, is coming off newsstands and will largely stop publishing new content, its owner DC said in an email Wednesday night, reports NBCnews.com. 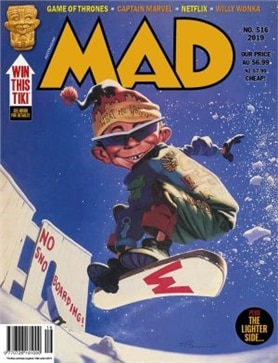 DC said that after Issue 10, there will be no new content, except for end-of-year specials, which will be all new. Issue 8 of Mad magazine, which had been published every other month, went on sale June 12.

Starting with Issue 11, the magazine will feature best-of and other nostalgic content from its 67 years of publication, DC said. The magazine will still be sold in comic shops and mailed to subscribers.

DC did not explain the decision.

Mad magazine had been published monthly under licence in Australia by nextmedia with a print distribution of 5,000 and an estimated readership of 55,000. The Australian edition was edited by David Williams.

Walker, who was a volunteer presenter with Triple R for 37 years and the station’s program manager for 14 years, lived with multiple sclerosis for more than two decades and recently had a short battle with cancer.

He died on Wednesday, July 3, and his family has asked for privacy.

Walker’s rich, distinctive voice was heard every week on the station until last year, when illness prevented him from hosting his regular and much loved program.

A statement on Triple R’s website said Walker “established a huge following over more than three decades” and described him as “the thinking person’s music guru and a true cult figure in Melbourne’s underground” music scene.