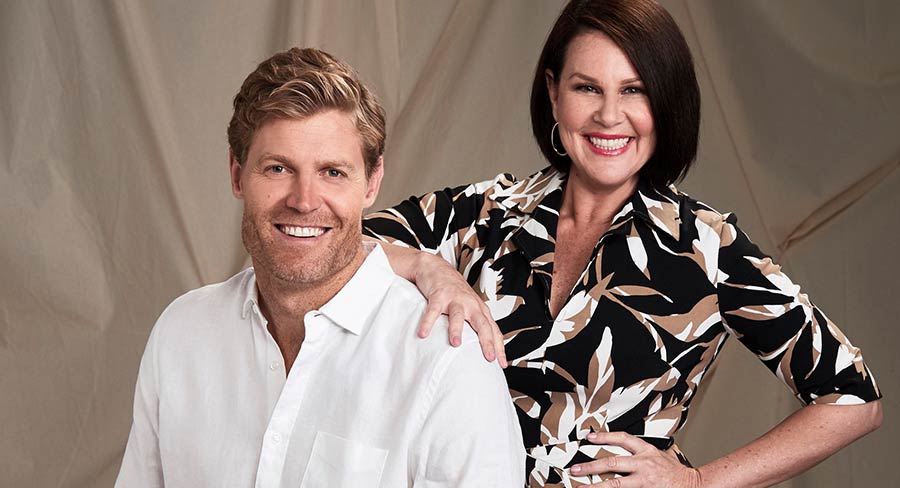 The first major reality franchise to start in the new year is a little shorter than it normally is. The 2019 season of 10’s I’m A Celebrity…Get Me Out Of Here! is running for just over four weeks after it launches next Sunday, January 13.

But Network 10’s head of entertainment and factual Stephen Tate explained to Mediaweek it is still the longest running version of the format. The first half of the year is always a challenge for Tate as he hops from South Africa for Celebrity and then to Fiji for Australian Survivor. This year he has an extra program sandwiched between the two, but more on that later…

Tate explained the changes to Celebrity this year come after audience research: “We’ve learnt a lot since year one, we did a lot of research after each year on what the audience were responding to and we’re tightening up our format.”

While the series will be shorter this year, viewers are getting an extra episode on Saturday nights.

“It’s going to be a show at the camp, so essentially all of the celebrities will participate in it. I don’t want to give too much away because the celebrities are obviously still out and about. I don’t want them to read this in the week before and get a heads-up! It’s set in a jungle classroom, and it’s hosted by Scott Tweedie.

“There will be a lot at stake – they will be competing for their camp meals.”

That means the format will be five nights a week from Sunday then an extra Saturday episode. That first episode screens January 19 and is called Saturday Schoolies.

For many of the crew working on the show, starting a week early meant some significant changes.

“A lot of the team spent Christmas and New Year over there,” said Tate. He explained there is upside to the scheduling move: “It will help the production because we get to launch in some relatively clear air.”

Although Celebrity will be head-to-head with Nine’s Australian Open from January 14, it gets a fortnight head start on Seven’s My Kitchen Rules and Nine’s Married At First Sight.

Before viewers get to learn the identity of the Celebrity contestants, Tate explained they have already been in South Africa in lock down for about four days prior to entering camp.

They are not allowed to meet other contestants, which takes some special planning.

“Every year we do a shoot with contestants in December in Sydney and it’s a military operation.

“They all come through at a secret location and never meet each other. They’re all given code names or numbers, they’re never referred to by name. Essentially they go through the process of shooting the opening titles and doing the embargoed interviews.

“They also do their master interview for the launch show and their wardrobe fittings, and it all happens in a single day.

“Every year there’s one or two that just can’t make it for various reasons. Either they’re overseas or committed elsewhere. A couple of those people will have to go over slightly earlier so that we can do that processing with them in South Africa.”

Keeping the contestants apart in South Africa pre-launch means they have to stay in separate accommodation. Tate said some could be up to 50 kilometres apart.

“It’s their last little bit of luxury so we tend to send them on game drives. They have a minder with them so that they don’t go completely stir crazy. We did trip up in year one where two of the celebrities actually passed each other on a safari in separate vehicles!” [Laughs]

“We’ve never made that mistake again.”

With 12 contestants at launch [and maybe extra during the series], that means separate accommodation and minders for each of them.

The minders come from a total crew of close to 500 working on the series. Around 150 Australians travel each year to be part of the team.

Understandably Tate won’t speculate about the likely talent they have targeted for 2019.

“We’ve learnt over the years that it’s actually not the level of celebrity that makes the show, it’s actually the content and the character that people tune in for. Anybody could pull a crowd.” Part of the attraction of the format for 10 is that it gets people talking.

“The fact is it doesn’t matter what we do, we will be criticised,” said Tate. “Every year some people say, ‘Oh, there’s no celebrities.’ I guess that’s just the dilemma of having the word celebrity in the title, it invites people to judge the level of celebrity.”

Unlike some reality formats, the ratings can be strong from episode one.

“What we tend to find is the launch show is always the highest rating show in the run. People really buy into the clue campaign and it works really well for us. Every year probably more than half of the cast are actually guessed ahead of time, but people still tune in to see if their guess was correct.”

Tate said he has been lucky that almost everybody who commits to the show follows through. Almost…

“I did have to cast somebody once from the airport as I was leaving because somebody else fell over a couple of days beforehand.

“I was actually making the final call to their agent literally as I was taxiing to take off to South Africa.”

Tate said this year he had the final list of celebrities locked in mid-December, close to a month before series launch.

The 10 executive was cagey on the exact airdates for show’s he working on over the next few months. But it seems as soon as Celebrity wraps he will be hustling back in a hurry with hosts Julia Morris and Dr Chris Brown for the first series of Sunday Night Takeaway. And we mean hustle – Sunday Night Takeaway could be on air just days after the end of Celebrity.

Once Takeaway is over its then off to Fiji for more Survivor. At the time of our interview, Tate said it could be a slightly different format to last year’s Champions Versus Contenders.