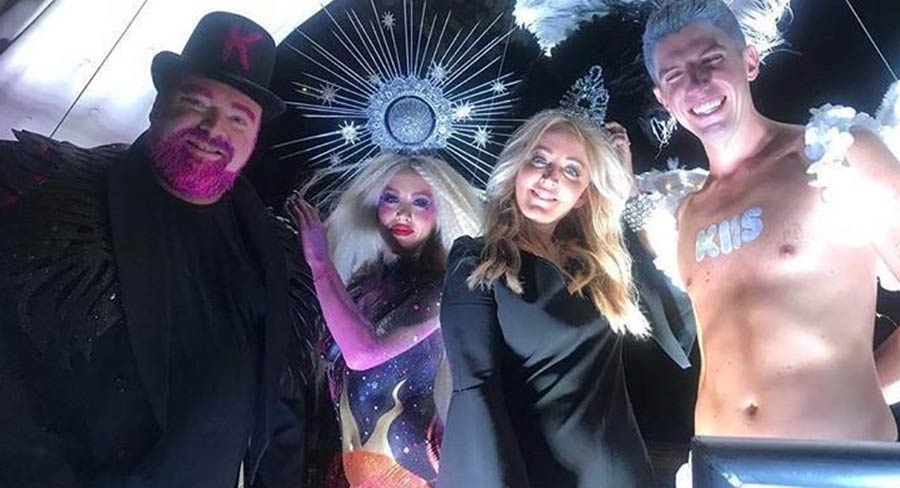 “ARN are proud supporters of diversity and inclusion.”

ARN is gearing up for one of its biggest annual celebrations of diversity, inclusivity and Sydney’s vibrant culture with the launch of KIIS 1065’s third consecutive year as an official media partner of the Sydney Gay and Lesbian Mardi Gras Festival.

The celebrations, which kick off on February 15, will again culminate in KIIS 1065’s participation in the iconic Mardi Gras parade on March 2, with a float and live broadcast from the event. This year’s KIIS 1065 float will again showcase The Kyle & Jackie O Show, supported by iHeartRadio.

In 2018, KIIS 1065’s Kyle & Jackie O, along with KIIS newsreader Brooklyn Ross and Kyle’s girlfriend Imogen Anthony, were on the parade float and were joined by ARN and KIIS 1065 staff to celebrate Mardi Gras.

ARN’s chief marketing officer Anthony Xydis said partnering with the iconic Sydney Gay and Lesbian Mardi Gras was important to ARN with staff from all areas of the business involved in the planning and execution of activity across the festival.

“ARN are proud supporters of diversity and inclusion. Since 2017, ARN’s partnership with the Sydney Gay and Lesbian Mardi Gras has been supported and embraced by people across the business, making it not only one of the most exciting times of the year but also one of the most important for further strengthening ARN’s values of energy, authenticity, creativity and action.

“The festival is one of the best times to be in Sydney, bringing people from across the world and all walks of life together in a true celebration of equality, diversity, and love. It’s a perfect fit for KIIS 1065 which celebrates and embodies Sydney’s vibrant culture.” The Melbourne-based Simpson will be focused on delivering the digital content strategy across the Pure Gold radio network and sports opinion site The Roar. Prior to working at 2Day FM, Simpson was with KIIS Melbourne, 3AW and Nova Melbourne.

Simpson will work alongside Natalie Babic, digital content director, who joined ARN in 2018 with a focus on the digital content strategy for the KIIS Network, The Edge, Techly and Lost at e minor.

Both roles report to Rosie Squires, head of digital content for ARN and is part of the broader integration between ARN and Conversant Media, both companies which are part of the HT&E group.