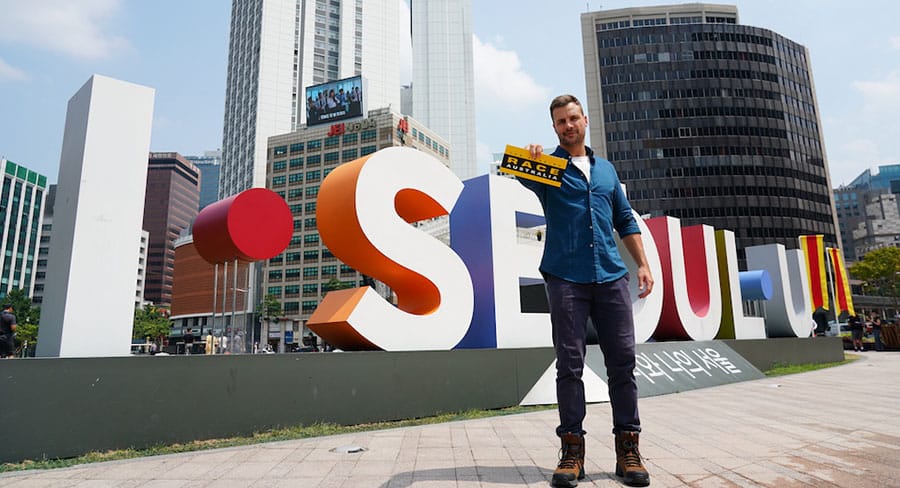 The secure The Amazing Race as a regular part of 10’s 7.30pm schedule the network seems to have ticked all the right boxes.

Cast: The channel has received nothing but praise for The Amazing Race amazing cast including nuns, newlyweds and nurses of all ages and all backgrounds.

Production company: Chris Culvenor and Paul Franklin’s Eureka Television are making the show for 10 in partnership with the show’s creators from Profile Television, Bertram Van Munster and Elise Doganieri.

Host: Football-turned-Footy Show co-host Beau Ryan moved from Nine to 10 last year. He started in primetime on the brave Sunday Night Takeaway experiment. He survived that ratings crash to get his own show.

Ryan told Mediaweek just a few days before launching his solo hosting career he moved on from Nine looking for new challenges when offered the chance to join Network 10.

Ryan said he enjoyed his time on Sunday Night Takeaway working with Julia Morris and Chris Brown, despite the adaption of the UK format not working here. “I got a lot of experience and got to know a lot of people at 10 very well.”

Although The Amazing Race is another format, it is one that has been on air here before both with the original format and Australian adaptions. “There is quite a bit of pressure and I’m nervous, but it is also super exciting.”

Ryan said he was familiar with the format when first approached, having seen some of the series made for Seven. “Since signing on I have watched a lot of the US original hosted by Phil Keoghan, more of the Australian one, and also the Asian version. I have seen how other hosts operate and then tried to put my own spin on it.” 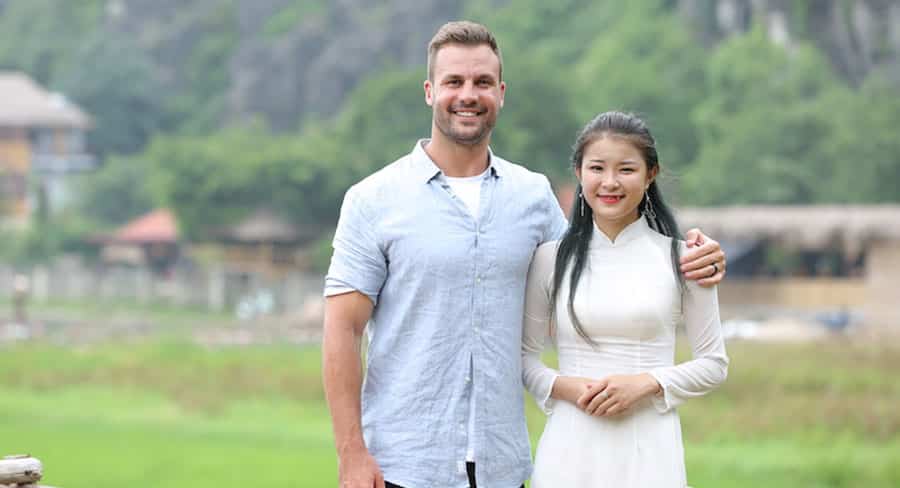 During the filming, which ran for close to a month, Ryan said he was sleep deprived for much of it, “but I’m so proud of what we are about to put to air”.

Keoghan has hosted the US format through 31 episodes in 19 years. Ryan joked that even 10-15 years would be just great for him!

The press kit for The Amazing Race called Ryan a “loose cannon”. He laughed when asked about that, “I’m not sure about that. Unpredictable would be a good one. I have been in trouble before, but I just try and be me, say what I think and how I feel.

“The beauty of The Amazing Race is that the previous work I have done on live TV and radio has prepared me for it.”

His unpredictability is something that attracted the producers of The Kyle and Jackie O Show where Ryan has been a stand-in guy when one of the hosts takes a day off.

“It has been hard for this past month because I was overseas, but I am still on standby for them. I love working for them and I usually stand in and work with Jackie because I’m usually filling for Kyle. It has given me a lot of experience interviewing people in front of such a huge audience.” The casting looks like it could be one of the attractions on The Amazing Race with a very diverse group of competitors. They range in age from 18 to 59, although Ryan didn’t spend too much time with them. “I had extensive notes about all of them, but I didn’t get to see too much of them because we were always travelling. The producers also didn’t want me to spend too much time with them, to keep my emotion out of it. But I do get to see them at the start and end of each leg.

“The teams were in isolation for the majority of the race when they are not travelling.

“They are all really good people from different walks of life, all on a journey. That’s what I love about the show. Anyone can compete and anyone can win it – that’s the beauty of the race.”

When Ryan travelled between different legs he is on the road with a producer, a camera person and the audio person. “We were together much of the time, we also ate together and pretty much lived together. We relied very much on each other. They relied on me to get the piece finished and I relied on them for scripting and to nail the shot.”

“To be honest I had something of a withdrawal when we finished. It was great to be home with my family, but it felt like I was missing an arm.”

Call times where before dawn often, but Ryan said the body clock was so out of whack that it didn’t seem to matter. “I never really knew what time it was!”

Ryan worked under 10 executive producer Stephen Tate who was on location for the start and the finish of the series. “He was so helpful to me and I speak to him regularly. I also can’t speak highly enough of the team from Eureka. Before I started I was anxious and nervous, partly because I’d never been away for that long. I also had no idea what to expect. After I met the crew and we shot the first week in Korea I felt so comfortable. When it was over I did miss everyone.”

Ryan said he thought he would have no problems keeping the results secret until the series unfolds on air, except for one person.

“My daughter is my Achilles heel. I find it very hard to say ‘no’ to her. So far I haven’t told anybody anything.”

Ryan said he hopes viewers will pick a team they can either relate to or they want to win.

Mediaweek is banking on Sid and Ash. “They are probably smarter than you think,” said Ryan. “They are real dark horses. That’s a good choice.”