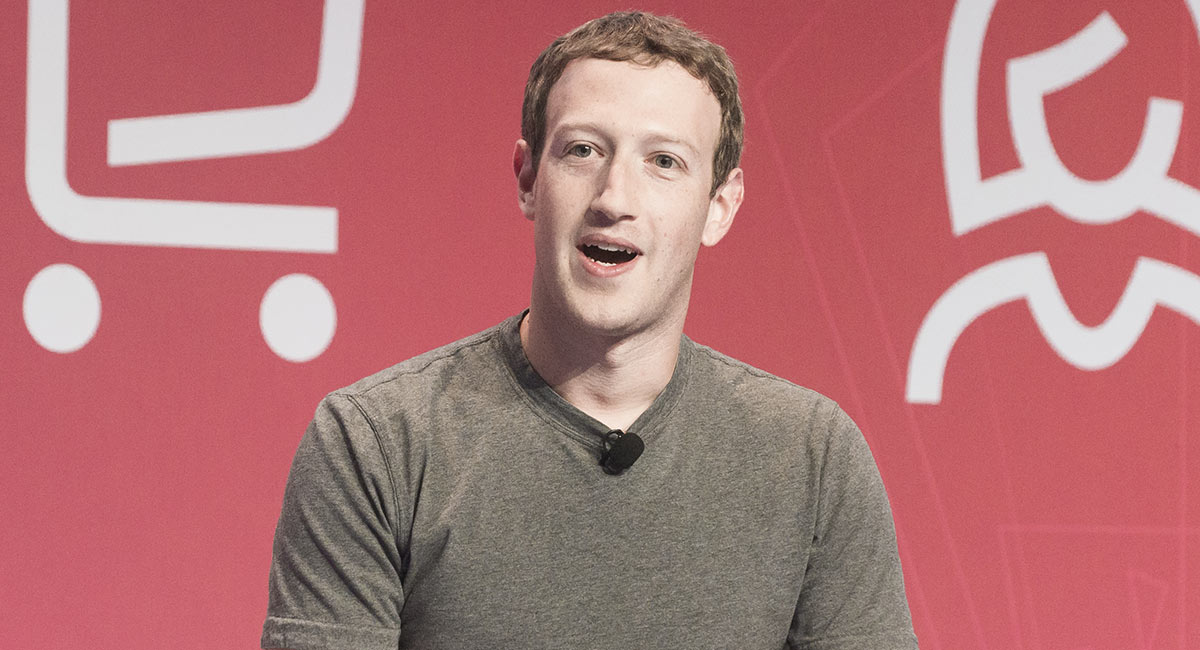 The Australian government has been blindsided by Facebook suddenly blocking all news on the platform in Australia but says the “heavy-handed” move will not stop parliament from passing landmark laws to force tech giants to pay for journalism, reports Guardian Australia‘s Amanda Meade.

Facebook is opposed to the federal government’s news media code which has already passed the lower house of parliament and is expected to soon pass the upper house.

The prime minister, Scott Morrison, took to Facebook on Thursday to argue the platform’s show of strength would “confirm the concerns that an increasing number of countries are expressing about the behaviour of BigTech companies who think they are bigger than governments and that the rules should not apply to them”.

“Facebook’s actions to unfriend Australia today, cutting off essential information services on health and emergency services, were as arrogant as they were disappointing,” Morrison wrote on Facebook. “They may be changing the world, but that doesn’t mean they run it.”

Only ‘news’ left on Facebook will be fake under Australia ban

Facebook’s move to ban the sharing of news in Australia is incredibly irresponsible, particularly in the midst of a global pandemic, when the millions of Australians who use Facebook every day need to be able to access reliable and trusted health information, reports News Corp’s David Swan.

The tech giant on Thursday followed through on its threats to ban news altogether in Australia, and banned users globally from reading any Australian news.

In doing so it also hit a large and seemingly random array of community groups, charities and government agencies, many of whom provide crucial health advice and support to people in need.

Facebook’s move to block news in Australia represents an act of war from the tech giant, according to its former Australian boss Stephen Scheeler, who thinks Australians should vote with their feet and delete the app to send a message to the company, reports News Corp’s David Swan and Joseph Lam.

The US tech giant on Thursday blocked all news in Australia, including several non-news organisations including Queensland Health, 1800 Respect, the Bureau of Meteorology, Harvey Norman and more, in the midst of a global health pandemic and raging bushfires.

“Facebook has turned off everything, including bushfire information, and charities like Oxfam. It looks and feels really ugly. And Australians should be outraged,” Scheeler said.

Australian news is a commodity Facebook can afford to lose

The overarching reason for Facebook’s dramatic decision to push the nuclear button and ban all news sharing for its Australian users is plain for all to see. It desperately needs to keep control of its virtual world, and figures it won’t take too much of a revenue hit, reports AFR‘s Paul Smith and Natasha Gillezeau.

Even more so than Google, Facebook operates like an unelected virtual state, where it traverses real world international boundaries and is judge, jury and executioner of its own laws. It has become a bitter joke how easily it brushes off its transgressions that hurt the lives of people in the real world with cheap apologies and pledges to “do better”.

In the mind of Mark Zuckerberg it would be unthinkable to let a national government set the rules around its terms of trade with media companies, as it would embolden others to get ideas above their station.

If this were a global move to block news it would be far more damaging to the monolithic social media giant than a bit of controversy Down Under. Facebook can more than afford to teach Australia a lesson about its power.

Small news and lifestyle websites are urging the government to resolve a dispute with Facebook amid fears the social media giant’s decision to ban news from its platform in Australia will have fatal consequences for their operations, reports SMH’s Zoe Samios.

Facebook announced on Thursday (AEDT) it had withdrawn all news articles from its platform after being unable to convince the government to change parts of a proposed code that would force it into commercial arrangements with news organisations.

The decision affected major news websites such as The Sydney Morning Herald and The Age, the ABC and News Corp’s The Australian and The Daily Telegraph. Dozens of major health, corporate, sporting and charity pages, including those operated by government health departments in three states, were also affected.

But smaller news publishers, many of which aren’t eligible for payments under the proposed laws and rely heavily on Facebook for their audiences, were hit particularly hard by the move.

He reported on the lifting of South Australian border restrictions for regional Victoria, as well as the Adelaide Fringe.

Brice, who was left quadraplegic after a motorbike accident at the age of 19, was inspired to take up a media career in the mid-2010s after learning ABC journalist Nas Campanella, then a Triple J newsreader, was blind.

Ex-Channel 7 star Andrew O’Keefe’s lawyer has indicated the sacked game show host will plead guilty to allegations he assaulted his partner if the charge is not dismissed under mental health, reports News Corp’s Heath Parkes-Hupton.

A hearing has been set for April to deal with his charge of common assault under the mental health act where his lawyer will argue the charge should be dismissed.

Podshape, Jay Walkerden’s podcast creation company launched less than a year ago, has hired Whitney Quayle (pictured) as podcast account manager. Quayle has spent seven years in audio and digital media and was previously account manager for Mamamia across their agency and direct clients. 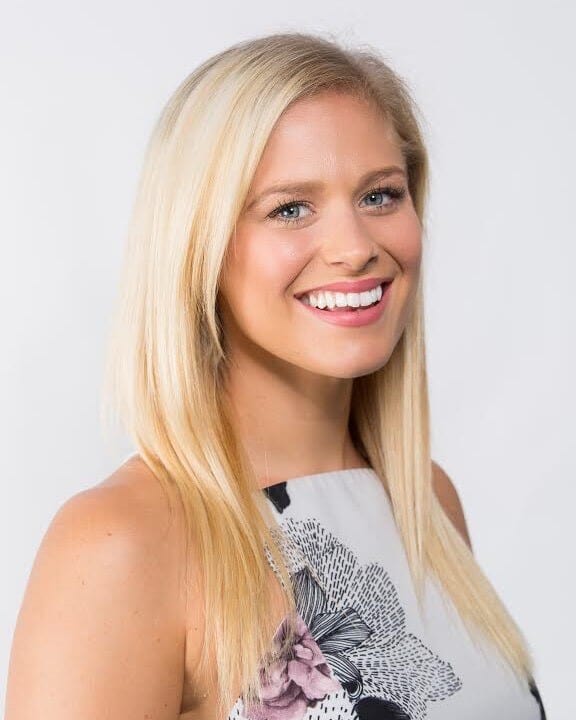 Quayle has held various roles across digital media at Pacific Magazines, Women’s Fitness magazine and the Beautydirectory. Jay Walkerden said: “Whitney came highly recommended, her passion for podcasting and her experience to date and the relationships she holds across all media made her the perfect addition to our team.”

Quayle said of her new role at Podshape: “Podcasting truly is the most exciting space in media right now, and I’m thrilled to join a company like Podshape, who are constantly innovating. As a brand, they are passionate about storytelling, whilst also being experts in the audio arena – a recipe for brilliant content and effective brand collaborations. Needless to say, I am eager to meet with our agency and direct partners to discuss all that is in store for 2021.”

Podshape has over 25 shows and has grown rapidly in the last nine months to be a significant player in the independent podcast marketplace. Podshape recently released a new true crime podcast Dad’s Gone which battled for the number one spot with Wondery on Apple Podcasts and debuted in the Australian Podcast ranker in December 2020 with Your Morning Mantra.

Anyone familiar with the story of the disappearance of 21-year-old Canadian student Elisa Lam in 2013 might wonder about the structure of Netflix’s new true-crime series, reports SMH’s Kylie Northover.

Given the case was solved seven years ago, its length − four episodes − and the air of mystery it cultivates until the final half-hour are gratuitous. But amid a lot of sensationalism, there are some compelling stories − they’re just not related to the tragic death of Elisa Lam.

The instructing team from SAS Australia will be heading back to Australia in coming weeks to begin quarantine ahead of Season 2 of the unflinching Seven series, reports TV Tonight.

TV Tonight understands filming is due to begin in New South Wales in April, and will screen later this year.

That means the show will film in Autumn instead of Winter, unlike the extreme conditions faced by celebrities last year.

Kyle and Jackie O reveal the biggest complaint their show gets

The Kyle and Jackie O Show might be the most popular radio show in Australia, but that doesn’t mean it’s safe from complaints, reports News Corp’s Bianca Mastroianni.

The radio hosts revealed on Thursday morning’s program the biggest complaints they receive from listeners.

“Describing sexual acts” was number one on the list of audience dislikes.

The trio are the latest hosts of the 2Day FM breakfast show in Sydney which airs at the same time as Kyle and Jackie O on KIIS FM.

The Morning Crew with Hughesy, Ed and Erin launched in January and is hoping to pull listeners from Kyle and Jackie O who are the number one rated FM breakfast show.

On air this morning, Kyle told Jackie: “Every journalist keeps asking me, ‘Have you listened to Hughesy’s show?’ I go, ‘Nup, why would I? I’m on air at the same time.’”

SCA chief executive Grant Blackley didn’t have much to say about comments from a former 2Day FM breakfast co-host yesterday about the new 2Day FM Morning Crew. At the end of an interview about the new SCA LiSTNR app, Blackley told Mediaweek: “I don’t listen to Kyle Sandilands and I don’t normally respond to any of his antics. He always likes publicity and I expect this is just another attempt to create some. We stopped responding to Kyle’s daily rants and raves long ago.”

Rugby, this is your time to shine. But can you?

On Friday night, when the Waratahs take on the Reds at Suncorp Stadium, thousands of people around the country will be watching a Super Rugby match live on free-to-air television for the first time, reports SMH’s Andrew Webster.

After being squirreled away on Fox Sports for the last 25 years, some argue Super Rugby’s move to Channel Nine is the best thing in recent memory to happen to the sport.

Others say the best thing Super Rugby had going for it was you couldn’t see it at all.