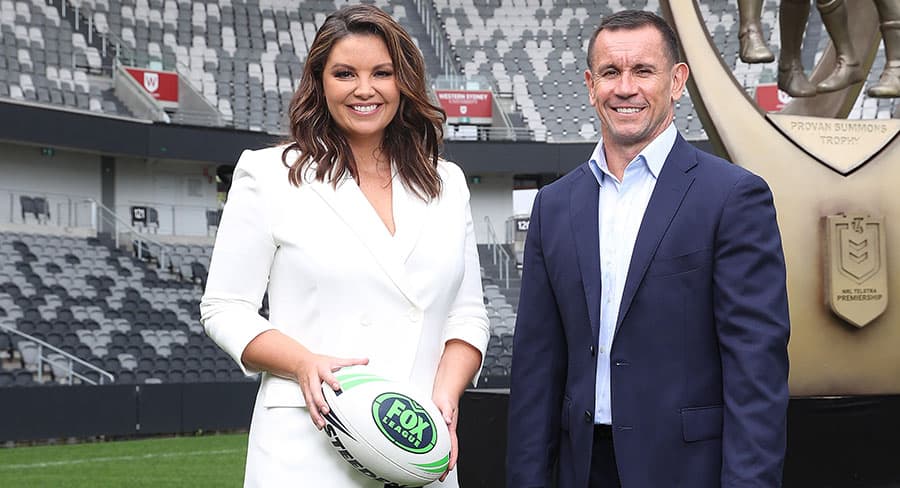 • Face to Face with Matty Johns will air on Wednesday nights at 7.30pm

Fox League launched its NRL Telstra Premiership season on Thursday with every game on Foxtel and Kayo, live and ad-break free during play from Thursday, March 11.

The faces of 2021 Foxtel and Kayo ambassadors, James Tedesco, Mitchell Moses, Kalyn Ponga and Cameron Munster were painted into the turf of Bankwest Stadium, to create the biggest player artwork on record before being joined by the Fox League commentary team to kick off the season. 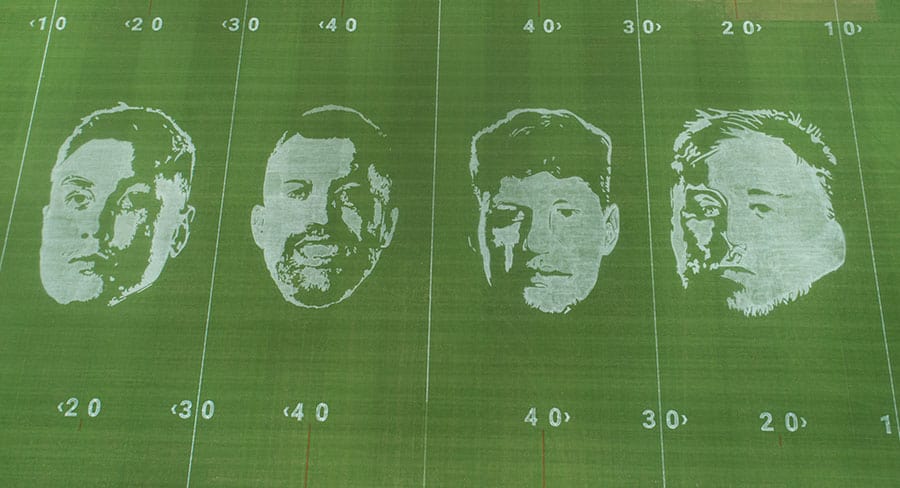 The unique grass art creative is the first of its kind in Australia and set the scene to unveil Fox League’s 2021 commentary team and a programming line-up, headed up by Matty Johns and Yvonne Sampson.

Despite a rain delay, the launch event was hosted by Yvonne Sampson who opened the event with NRL CEO Andrew Abdo who discussed the difficulties of the previous season and his excitement for the NRL All Stars game to kick-off 2021. 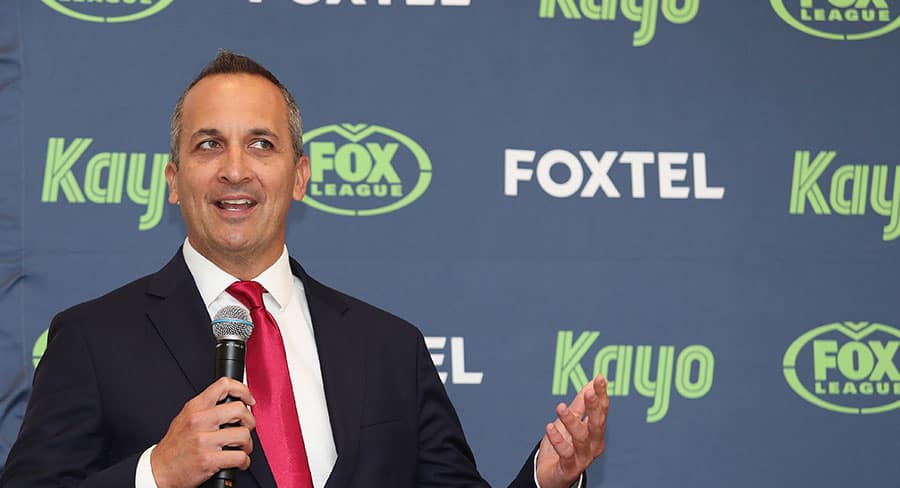 Following Abdo was Fox League favourite Matty Johns who looked a good 10 kilograms lighter and told Sampson it was from running up and down a hill every day till he collapsed and not eating for weeks.

Johns announced his new show ‘Face to Face with Matty Johns’ which will air on Wednesday nights at 7.30pm.  Johns sits down with key figures in the game of rugby league and Australian society for a candid chat. The show has a growing list of interviews that already includes Anthony Mundine, Karmichael Hunt, Danny Buderus, Nicho Hynes and Melbourne Storm General Manager Frank Ponissi.

Next up was Queenslanders Mal Meinga and Cooper Cronk, with the conversation making headlines after Meninga repeatedly told Sampson that he hadn’t spoken to Cameron Smith about wearing Titans colours this year.

“I’ve not talked to Cameron. He’s the hardest bloke to get hold of in the world. I’ve not spoken to him – not has anyone from the club,” Meninga said.

“Everyone assumes he’s coming to the Titans. I haven’t talked to him, he’s not on the radar. You should ask Kevvie about Cameron so I don’t have to answer these questions any more.” 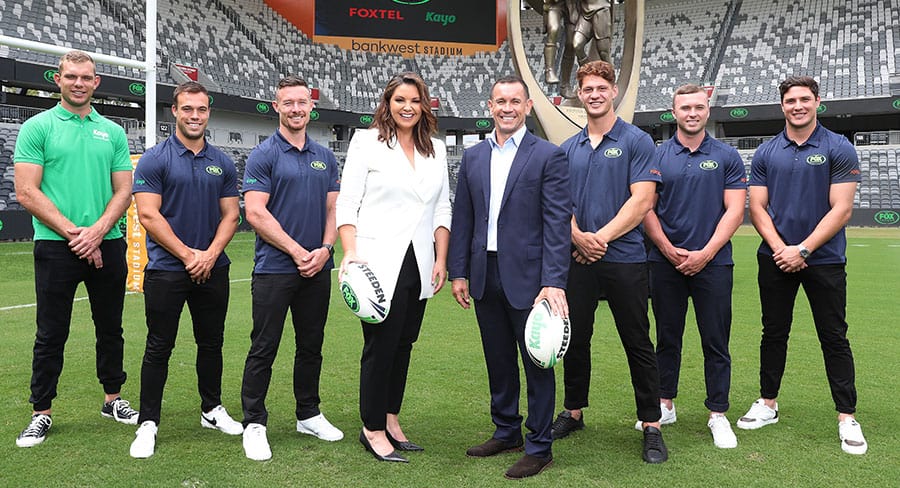 The 2021 lineup for Fox League for the year will led out of the sheds again by Matty Johns and Yvonne Sampson alongside Mal Meninga, and fellow premiership winners Cooper Cronk, Michael Ennis, Gorden Tallis, Greg Alexander and Braith Anasta.

When the ball is in play commentators Andrew Voss, Dan Ginnane, Warren Smith, Matt Russell and Brenton Speed will call every second of every game each week.

The week of Fox League begins on Monday night with news from every angle when Ben Ikin and Paul Kent lead off three consecutive nights of NRL 360, with top rugby league journalists Phil “Buzz” Rothfield and James Hooper.

Now in Rabbitohs colours, Benji Marshall returns with James Graham on NRL 360 to provide the players perspective every Tuesday night in 2021.

The formidable combination of Matty Johns, Gorden Tallis and Fletch and Hindy will be ready to roll again on The Late Show with Matty Johns.

Premiering after every Super Saturday Andrew Voss and Lara Pitt are back with, The Fan, when they have some fun looking at rugby league through the historical and quirky lens of the game’s biggest fanatics.

Sunday Night with Matty Johns, is back in 2021. Matty Johns will be joined by Bryan Fletcher, Nathan Hindmarshand Emma Freedman to wrap up the round’s action.

The week wraps up with Big League Wrap with Yvonne Sampson, Mick Ennis and James Hooper dissecting all the biggest news and talking points following the weekend’s round of football.

Also set to join the Fox League team in 2021 will be newcomer Jake Duke alongside Megan Barnard and Matt Russell on NRL Tonight.