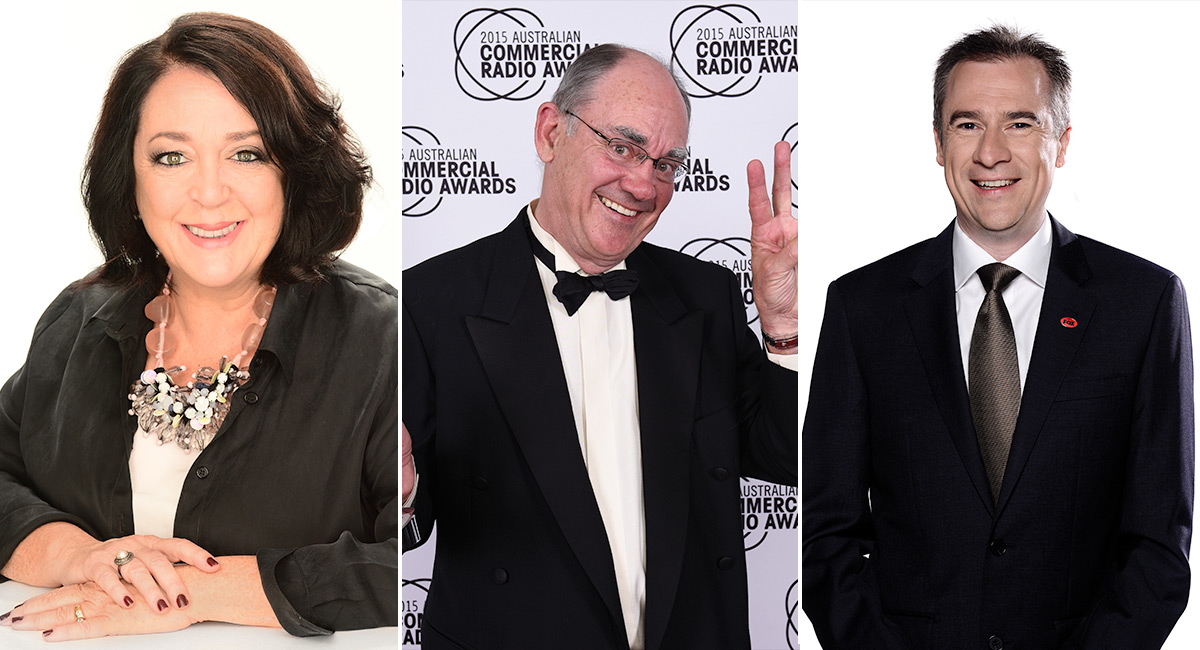 Radio ratings got under way this week with nearly all of the stars and their programs back in the saddle for 2018.

There were several notable broadcasters yet to appear but it won’t be long before they are back.

Sydney’s heaviest breakfast hitters Alan Jones at 2GB and Kyle and Jackie O at KIIS 1065 don’t return until next Monday.

The actual first ratings day was last Sunday with the ABC’s Ian McNamara scooping up the audience with a special live program from the Tamworth Country Music Festival.

The ABC was then front and centre from Monday with the big changes to its capital city metro breakfast shows. Wendy Harmer was the biggest name lured into the regular breakfast slots and after hearing some of the shows it seems she and co-host Robbie Buck could be a formidable breakfast team. They gave the NSW premier a good grilling midweek and they had a fun interview with Noni Hazelhurst.

The biggest radio changes last year were in Brisbane with incumbents Nova benefitting after changes at the FM stations around them.

Market leader 3AW should have another good year – although listeners got one big shock in January. The much loved Rumour File was rocked by BMW replacing Lexus of Blackburn as the segment sponsor. We know what co-host John Burns will be driving on the last show of 2018!

The first GfK ratings are not due until early March when the first survey results include only data from the start of this year with nothing carried over from 2017.

Across the metro markets, Macquarie Media is the AM champ, while ARN and Nova battle it out for overall FM bragging rights. It is a fight that SCA wants to re-enter with some minor and not-so-minor changes to some of its shows.

ARN’s national content director Duncan Campbell reminded Mediaweek recently the end of 2017 delivered “the best ever result in the history of ARN. We remain #1 network and have increased our lead to nearly two points over Nova.”

Nova Entertainment’s group program director Paul Jackson explained after the final survey of 2017 that Nova was able to claim #1 radio network for 2017 where it dominated 10+, breakfast, drive, under 40 and nights.

ARN has nine metro stations to Nova’s seven. ARN factors in the results from its two AM music stations in the network calculation with both 6KQ and Cruise ending 2017 in double figures.

Campbell added: “Brisbane’s 4KQ is amongst the FM pack and Adelaide’s Cruise is ahead of Triple M and hit 107.”

Although Melbourne has traditionally been a tougher market for ARN, Gold had a particularly good year and Campbell noted both stations have a strong cume they would like to hang onto into the new year.

“Gold will continue to perform strongly even without a breakfast show (for now).”

In Sydney Jonesy and Amanda are back at a new-look station that is operating without station content director Charlie Fox, who was ultimately replaced by Scott Muller. “That was the toughest call to make in terms of all the changes,” admitted Campbell.

“The best time for change is when a station is strong. I had a good conversation with Charlie which was amicable, but it was the toughest one for me.”