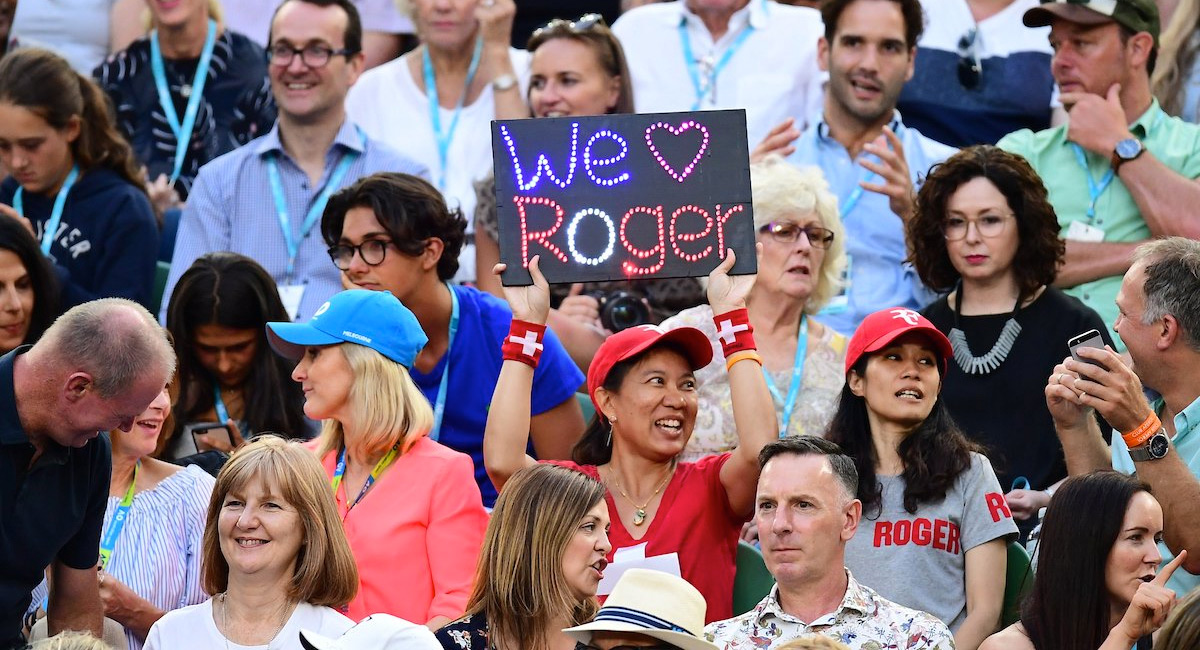 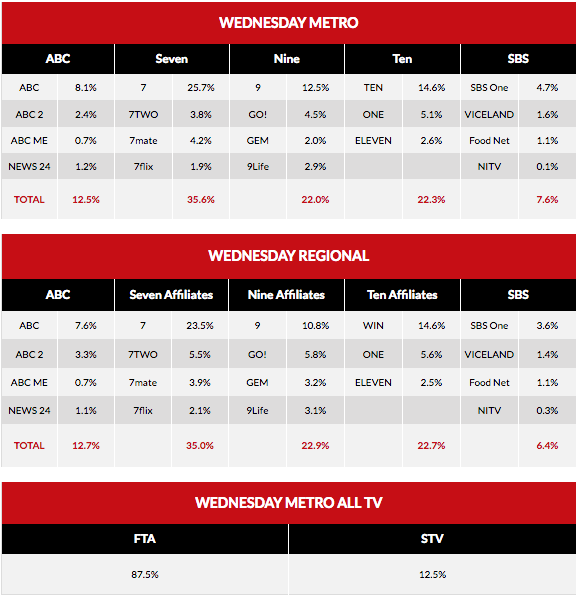 Although there was some great tennis again on Seven last night, it was the Jim Courier interview with semifinalist Federer which was the highlight. There are just four days left of the Australian Open with Seven noting the audiences (including streaming) are up on last year.

Follow @mediaweekaus on Twitter for all the detail of the Seven audience numbers each day of the Australian Open – including across the Australia Day weekend.

The second session highlights included the Thunder smashing 28 of one over, which had Howie and his TEN colleagues talking up an unlikely win. The Thunder did get close though.

There is still plenty of Big Bash League coverage to come, with the remaining games played on evenings when TEN doesn’t have I’m A Celebrity…Get Me Out Of Here!, which launches on Sunday.

The Big Bash League final is scheduled for Sunday February 4. 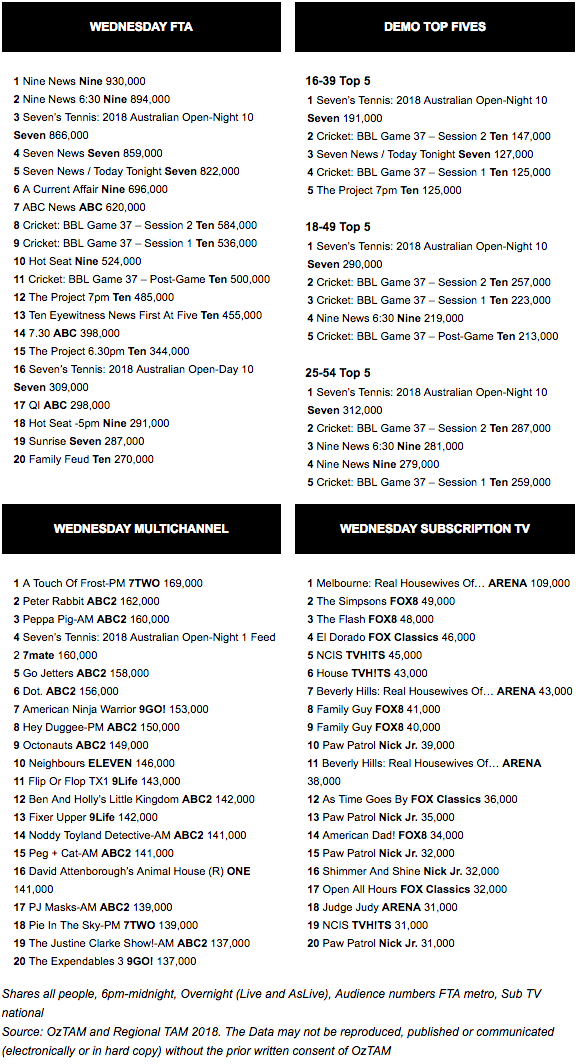