• So What Now? Waleed, NEXT from AFTRS, Fremantle and Spotify

Hamish and Andy recall the past

Last week Mediaweek reported on how Hamish and Andy have dug deep into their extensive archives to create a new PodcastOne series, Remembering Project, to see what they can remember (or would rather forget!).

Hamish and Andy will go back and listen to the original audio from either their drive radio show on the Hit Network, start on community radio or #1 ranking podcast. They’ll often find that their recollections are completely incorrect which makes for a fantastic and surprising trip down memory lane.

Long-time Hamish and Andy producer Sam Cavanagh spoke to Mediaweek about the new series after the first two episodes dropped this week via PodcastOne.

Under his title SCA head of entertainment and news content – digital audio, Cavanagh is overseeing the Remembering Project for PodcastOne after helping launch and produce both The Briefing and Matt and Alex – All Day Breakfast earlier this year.

Cavanagh first worked alongside Hamish Blake when they were both producers on the Matt and Tracey breakfast show at The Fox close to 20 years ago. He then started producing the Hamish & Andy weekend breakfast show on the station before it spread around Australia on what was then the Today Network. The duo were later secured Melbourne drive at Fox which also later added extra markets.

The new Remembering Project podcast is not just simply a compile of old clips. “Typically, with anything Hamish and Andy do, the rest of the world would probably have been happy with just a Best Of,” Cavanagh told Mediaweek. “They spent a lot of time thinking about this and working on an idea that was more than that. They felt that many people had heard the famous moments from their past like the Caravan of Courage and U2 onstage. They have created so much content that there are literally thousands of hilarious and surprising moments that might never had seen the light of day again.

“The idea is they choose a day of the year at random and then we go to the running sheet for every show they did on that day throughout their career. They will then select one talk break and they then have to try and remember it. They then listen to it and respond.” Sounds complicated, but it’s actually quite simple and loads of laughs.

As the executive producer for all of their shows at SCA across the years, Cavanagh kept detailed production notes for every episode. “I developed a system with a computer file for every show, mainly for my own sake to remember everything that happened. I then saved all of those docs into a parent file so I could search things.”

Cavanagh also paid tribute to Chris Marsh who was the audio producer for most of the Hamish and Andy radio shows. “He is the most fastidious and well organised audio producer I have ever come across. He would line up my production notes with his audio archive. Most of the stuff post-2007 we have. Andy has managed to track down the years on Melbourne community station SYN FM.” Marsh still works at SCA, most recently on Carrie and Tommy and before that Kennedy Molloy. Staying with the Hamish & Andy family, Hamish Blake was the guest this week on his long-time colleague Jack Post’s Jacky Road Studios podcast.

After working alongside Hamish & Andy for many years on their SCA drive show as Cacklin’ Jack, Post has been part of The Christian O’Connell Breakfast Show since launch and he still contributes to the Hamish & Andy Podcast.

Post started his series recording from his bedroom studio in Melbourne. However he recently was “kicked out” of his house and has had to set up a temporary Jacky Road home in an Airbnb he has been renting. 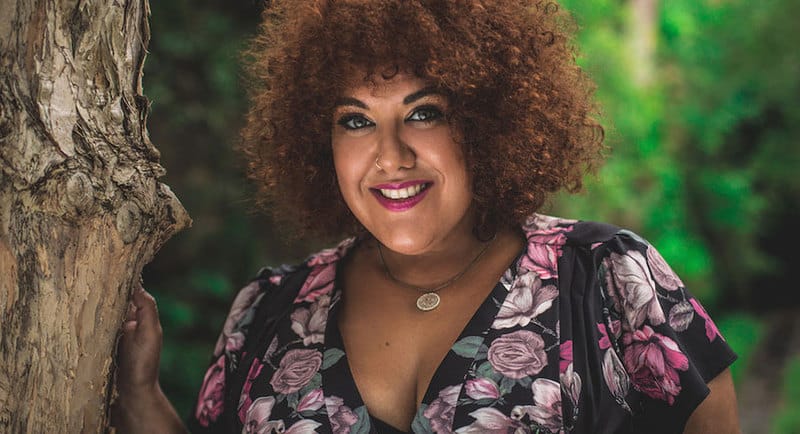 The first podcast show launch since Rachel Corbett arrived at Nova Entertainment to run podcasting and digital content was launched this week.

The series is The Space, a ‘mindfulness for the rest of us’ podcast, hosted by Casey Donovan.

Donovan offers listeners a mini escape each morning and evening Monday to Friday as well as a bonus episode on Saturdays, with short five-minute meditations, motivations and tips on how to improve the day.

The concept of The Space is about making mindfulness accessible to everyone, even the sceptics. Written by mindfulness expert Amy Molloy, it’s for people who need a little me time in their busy lives, providing all the wellness, with none of the fluff.

Casey Donovan said: “The one thing I got told was ‘do not do a podcast during Covid’ but how could I not want to be part of something that is insightful and practical at the same time? This podcast is such a great initiative to get a little bit of wellness in your day in a down-to-earth, quick and fun way. Five minutes in the morning and five minutes at night, that’s all it takes to be more mindful.”

Rachel Corbett added: “Mindfulness is a concept that’s really intimidating for a lot of people, so we wanted to create a no-nonsense space where you can stop, breathe and take a moment for yourself in a way that doesn’t feel like hard work. Podcasting is the perfect medium to deliver this because our phones are usually the last thing we touch at night and the first thing we grab in the morning, so we’re hoping to inject a bit of Zen in peoples’ days before they get lost in the quagmire of Instagram or emails.”

Listen to The Space here.

So Now What? with Waleed Aly 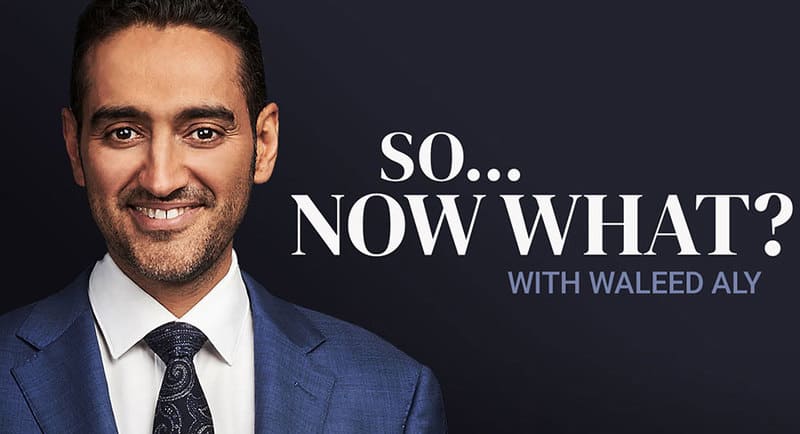 Coinciding with Upfronts week ay Network 10, Walkley Award-winner Waleed Aly has released his new podcast on the 10 Speaks platform – So Now What? with Waleed Aly.

In the premiere episode, Waleed imagines life after Covid-19 – just how strong will social cohesion still be?

So Now What? with Waleed Aly is available now with new episodes set to be released every Monday morning.

Listen to So What Now? here.

Radio for the podcast generation 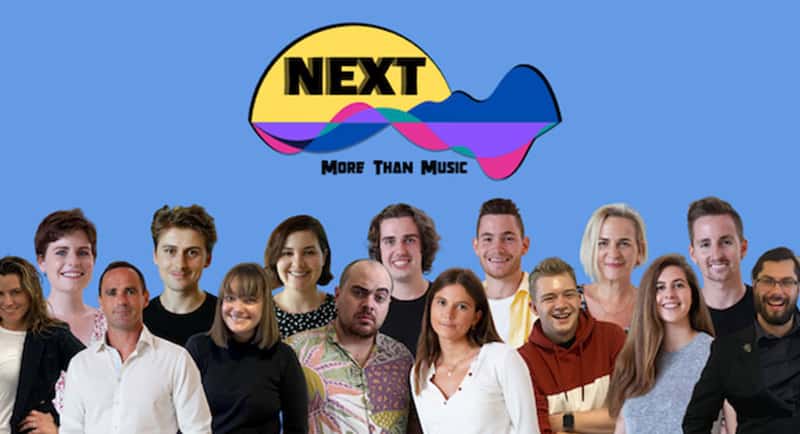 AFTRS Graduate Diploma in Radio students have launched their fourth and final broadcast for 2020, NEXT, now available on ARN’s iHeartRadio for two weeks from Monday 12 October.

The students, after researching the commercial radio market, identified a perceived lack of talk radio aimed at 25-39-year-old young professionals. To fill this niche, they’ve created NEXT – a combination talk/indie AC station purpose-built to cover the issues that matter to this diverse group of Australians.

Head of radio Fyona Smith applauded the students for finding a viable gap in the market. “NEXT is radio for the podcast generation. A unique format for young Australians. This is a chance to hear and see the work of the next generation of podcast and radio talent, producers, and content makers,” Smith said.

Partnering with Spotify, Flex’s Semi-Factual History Lessons is a history podcast with a twist, appealing to a youth audience. Created and hosted by Lillian Ahenkan aka Flex Mami, each episode in the 15-part season will feature Flex and a guest taking listeners deep into the historical archives to deliver a history lesson that never would have been covered in school.

The new series will be available free only on Spotify’s global platform from October 13. 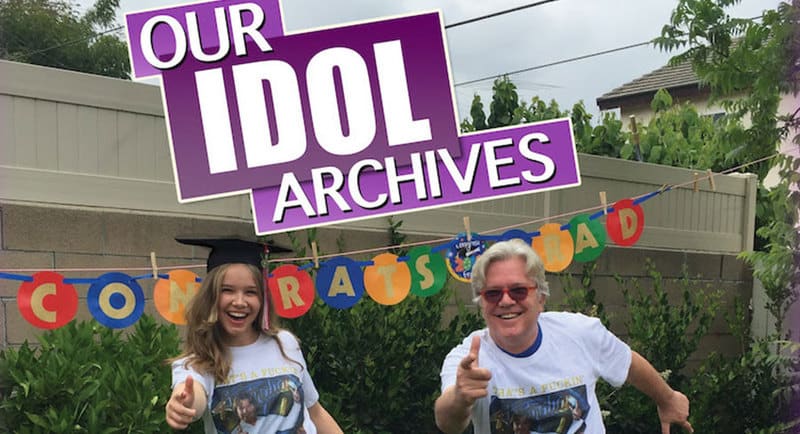 Originally announced as The Idol Archives, Mark Holden and Katie Holden have renamed their podcast Our Idol Archives to make clear the podcast is in no way sponsored, approved or affiliated with Idol format rights holder Fremantle Media.

Our Idol Archives is a weekly podcast hosted by former Australian Idol judge Mark Holden and Katie as they chat with a former Idol contestant; talking and reminiscing about their time on the show – behind the scene stories, memorable moments and where they are now. Some went to become ARIA nominated, successful recording artists. Others left singing behind and pursued different career paths. All admit that Idol shaped what they went on to do today.