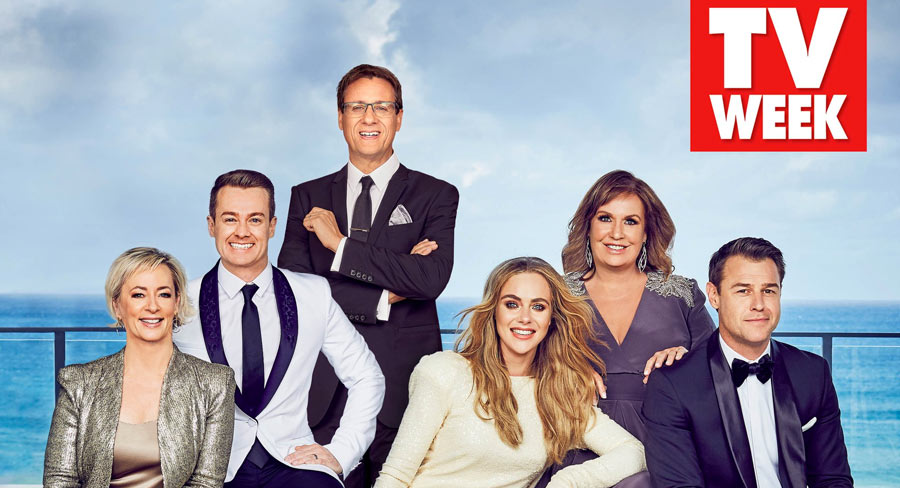 The TV Week Logies 2018 will be broadcast on Nine next Sunday night.

The announcement of the 2018 TV Week Logie winners is just six sleeps away (or seven if you don’t stay up late next Sunday for all the results).

Voting has re-opened today allowing people to vote for their favourite Gold Logie nominee and in the various other reader-voted categories.

To find out about the logistics behind the cover shoots, and for info on how you can collect them all, Mediaweek spoke with TV Week editor Thomas Woodgate.

How did TV Week organise six separate cover shoots for your new edition?

This was a massive operation for the team. Over two days before the Logies nominations event we flew the Gold nominees to a special location on the Gold Coast for a top-secret photo shoot. Unfortunately, Andrew Winter had to pull out at the last minute due to his Bell’s palsy episode, so he was shot a couple of weeks later.

The remaining five were ushered into our secret location and photographed exclusively for these covers. As you can image, it was a massive logistical operation from the team and we needed a lot of help and effort from the network publicists as well.

All of the talent couldn’t have been more accommodating and they were a joy to work with – the results are top-notch shoots we’re extremely proud of. When I saw all of the images after the shoot I simply knew we needed to give each of them their own individual cover.

It’s the perfect way to launch the exciting addition of live voting for this year’s TV Week Logie Awards and TV Week wanted to provide a platform for all six Gold Logie nominees to get their fans to vote! Woodgate noted TV Week hasn’t done multiple covers for the one edition in the past.

We produced a gatefold cover a couple of years ago for the Logies and that was incredibly successful, and I definitely wanted to push the boat out a little further with this one to build up excitement for the live voting as well as for the Logies night itself.

We asked the TV Week editor if he had any tips for people wanting to collect the set.

All six covers will be distributed evenly to each outlet, so all six will be available at each retailer. My advice is to get out there and grab them right away – and if you can’t decide on which cover to purchase, why not buy all six?

He confirmed that the print run for each nominee is the same, so there won’t be mountains of Grant Denyer and not many of the others!

Which nominee has had the most TV Week covers in the past?

Great question. Grant, Rodger and Jessica have been staple cover stars – whether it be a full cover or cover inset – over the past few years and last year we gave Amanda her first full TV Week cover. Interestingly, Tracy and Andrew haven’t had a TV Week cover before, which is quite remarkable given how popular and respected they are. So I’m extremely pleased to be able to rectify this here.

Hear Thomas Woodgate talk to Mediaweek’s James Manning and Andrew Mercado about the Logie nominees on a special Mediaweek podcast. They go through every category and talk about the possible winners.

The TV Week Logies 2018 will be broadcast on Nine next Sunday night.