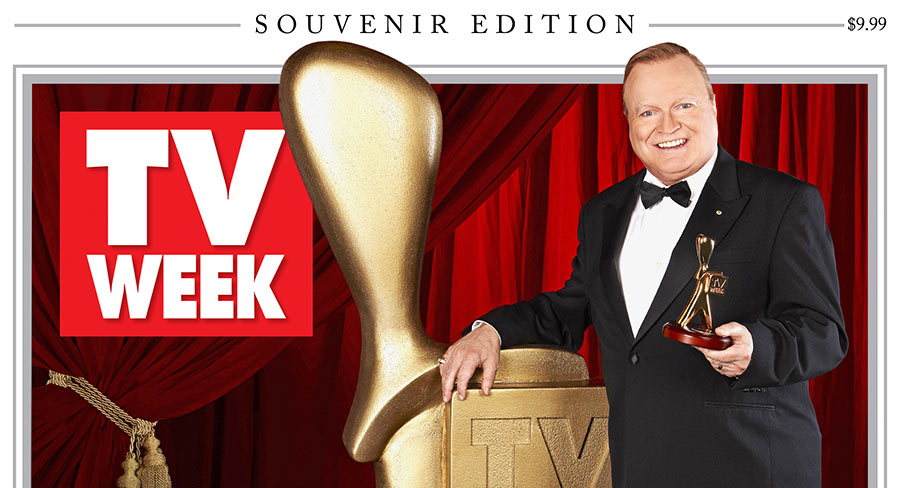 • Celebration of TV icons from Graham Kennedy to Home And Away

The 630,000 weekly readers (as measured by emma) of Bauer Media’s TV Week magazine today have the chance to further indulge their passion for television with the release of a special souvenir edition celebrating 60 years of the TV Week Logies.

MORE: The 2018 Logie nominations that surprised even TV Week! One of the key writers for the edition is TV Week contributor John Burfitt, who interviewed Newton for the special and also compiled some of the other key content including the most successful Logie-winning programs.

The 32 pages are filled with highlights from the TV Week archives. “We filled up the pages very quickly,” admitted Woodgate to Mediaweek. “We have done features on the Australian stars who won Logies before moving on to successful international careers. We have also spoken to people who have become Australian TV icons including Bert, Ray Martin, Georgie Parker, Lisa McCune, Asher Keddie, Rove, Denise Drysdale, Kerri-Anne Kennerley, Naomi Hazlehurst, Kate Richie and Jessica Marais.

“We wanted to create something that people would consider the bible on all things Logies.”

Woodgate revealed that Home and Away has won the most TV Week Logies ever with a massive 45 trophies. “We have a list of all 45 wins,” said Woodgate.

Home and Away only just managed to beat the legendary Nine variety show In Melbourne Tonight (IMT), which won 43 Logies. “It won all those in close to just 10 years,” said Woodgate.

As part of that IMT Logie blitz, Graham Kennedy is still the winner of the most Gold Logies.

Woodgate said the team at TV Week is able to search their archive all the way back to the first edition of the magazine. “There is a wonderful pictorial spread in our Logie special edition where we have the highlights of 60 years of TV Week covers. One of my favourites is the iconic Kylie Minogue and her four Logies from 1988, which is a cracking cover.”

There is now just one week until voting restarts for the nominees in many TV Week Logie categories, including the TV Week Gold Logie.