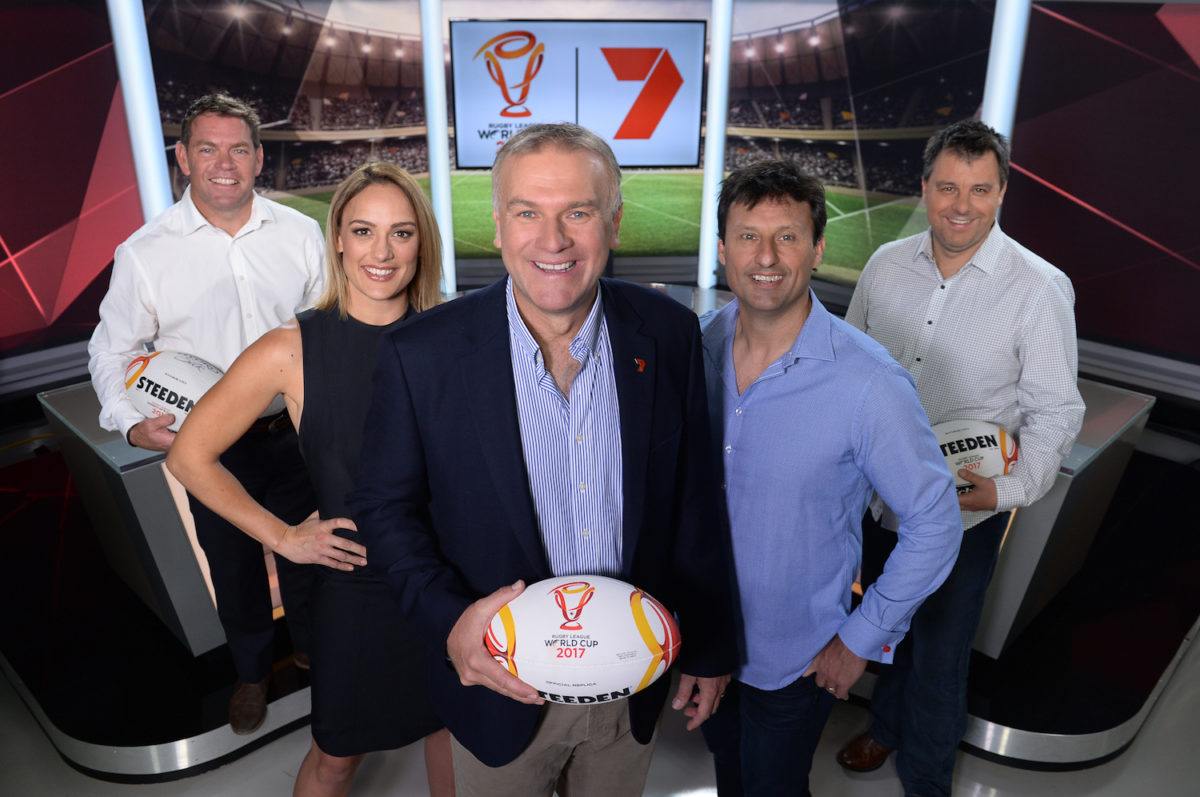 Glen Larmer will be the ball-by-ball caller alongside Daryl Halligan and Monty Betham in New Zealand.

“An Australian and global audience will see the best in the world compete in our primetime. We have the best in the business to deliver an outstanding coverage. The Rugby League World Cup is the starting point for a remarkable six months of major sports events on Seven, including the Melbourne Cup, the major golf tournaments in Australia, the Australian Open Tennis, the Olympic Winter Games, the Commonwealth Games and the 2018 AFL season all in our timezone. This will be the largest premium events schedule on a single television network this country has ever seen, across every screen to all Australians.”

This year’s Rugby League World Cup will be played in 13 cities across hosting nations Australia, New Zealand and Papua New Guinea from 27 October to 2 December 2017. 14 teams will play 28 games over five weeks in front of an expected 450,000 fans, making it the largest sporting event in the region this year.